‘Space Jam 2’ Trailer: LeBron James Hits The Court With The Toon Squad To Save His Son

It’s the sequel we’ve all been waiting for. LeBron James takes over for Michael Jordan in the first trailer for ‘Space Jam: A New Legacy.’

Space Jam is one of the most beloved movies, and now the universe is expanding with Space Jam: A New Legacy. The first trailer for the sports comedy sequel dropped on April 3. Los Angeles Lakers star LeBron James, 36, stars in the highly-anticipated sequel, which has long been in the works.

LeBron goes after his son Dom after he sees him disappear into the “ServerVerse.” He comes face-to-face with Don Cheadle’s Al-G Rhythm, who says the only way LeBron is getting his son back is if they play some basketball. 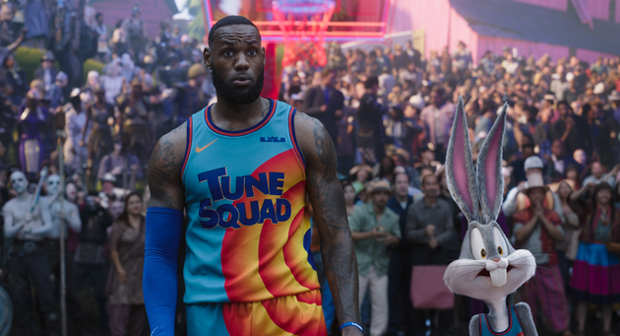 LeBron gets sent to the “Tune World” where he becomes a cartoon and meets Bugs Bunny. LeBron and Bugs work to assemble an elite team. This all builds up to the epic Space Jam. Many familiar faces show up, including Kong, Drogon, and more. The Tune Squad and Goon Squad face-off in a basketball battle for the ages.

The synopsis for Space Jam 2 reads: “This transformational journey is a manic mash-up of two worlds that reveals just how far some parents will go to connect with their kids. When LeBron and his young son Dom are trapped in a digital space by a rogue A.I., LeBron must get them home safe by leading Bugs, Lola Bunny, and the whole gang of notoriously undisciplined Looney Tunes to victory over the A.I.’s digitized champions on the court: a powered-up roster of professional basketball stars as you’ve never seen them before.” 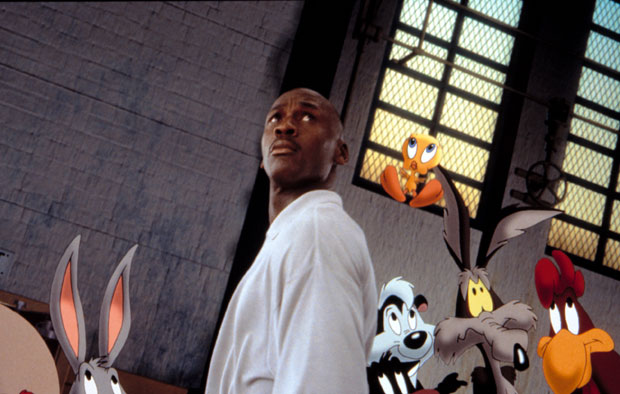 The first Space Jam starred basketball legend Michael Jordan and was released in 1996. The movie was a massive hit, earning more than $230 million at the box office. After years and years of trying to get a sequel off the ground, it’s finally happening.

Back in June 2020, Don raved over LeBron’s dedication to Space Jam: A New Legacy. “It was just amazing to see how he took it on,” Don told The Hollywood Reporter. “He was still dealing with an injury at the time. We were shooting the kind of hours that he was not used to. We were shooting 14 hours a day.” Space Jam: A New Legacy will be released in theaters nationwide on July 16, 2021, and will be available in the U.S. on HBO Max for 31 days from the theatrical release.