South Park: Stars who hit out at the show, from Ed Sheeran to Barbara Streisand 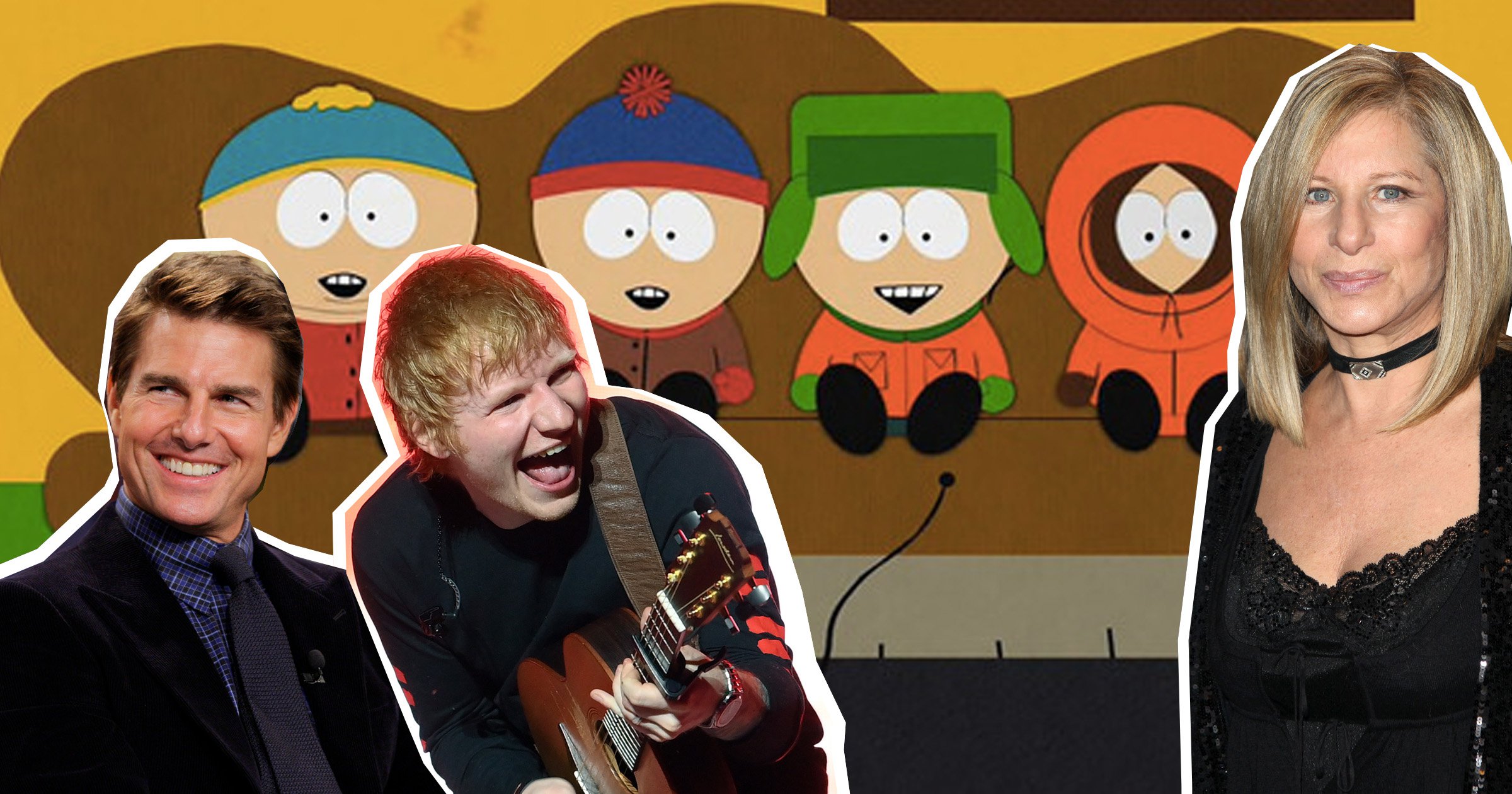 It’s one of the most influential comedies of the last 25 years, but not everyone is a fan of South Park.

The sitcom doesn’t pull punches when it comes to taking aim at celebrities, and the list of people who have hit out at the show over time is pretty sizeable.

One of them is Ed Sheeran, who recently took aim at the show for ‘ruining his life’. The singer-songwriter opened up and said an episode of the comedy prevented his ginger hair from ever being ‘cool’.

Ed said that people made fun of him in America following an episode from 2005 – the one where Eric Cartman discovers he has ginger hair.

And he’s not the only one who has hit out at the show in the past.

From A-listers to reality stars who were unhappy with their depictions in the programme, these are the celebs who have criticised South Park over the years.

As fans will remember, Barbra Streisand was the main focus of season one episode Mecha-Streisand – and she wasn’t at all happy about it.

The early instalment saw the boys, Stan Marsh, Kyle Broflovski, Eric Cartman and Kenny McCormick, find an item of mystical properties in South Park. As word got out, a fictional version of Barbra got involved and attempted to use the item to become a huge, dinosaur-like version of herself.

While Barbra didn’t even see the episode at first, she later read about it and criticised the show for its ‘cynicism and negativity’ in an interview with Mirabella.

‘I wasn’t even aware of this show until I read in Time magazine that they had used me in a very negative way,’ she said. ‘Let me say that I enjoy satire and parody and I loved the movie In & Out. It made me laugh. It wasn’t mean-spirited. But I wonder if shows like South Park and Beavis and Butt-head don’t add to the cynicism and negativity in our culture, especially in children.’

While plenty have been left feeling peeved by the comedy, fewer have actually threatened to take legal action against it.

Tom Cruise was perturbed by criticism of The Church Of Scientology – as well as a parody of him which saw him quite literally hiding in a closet – in the season nine episode Trapped in the Closet. So much so, in fact, that he allegedly threatened to sue the programme.

The infamous instalment saw Stan become the reincarnation of L. Ron Hubbard, while the episode also explained the Scientology doctrine.

Even people from the South Park cast have hit out at the show in the past, with actor and Chef voice artist Isaac Hayes criticising and subsequently leaving the programme because of its depiction of Scientology.

After the Trapped in the Closet episode aired back in 2005, the late actor requested to be let out of his contract, citing ‘intolerance and bigotry towards religious beliefs’.

‘There is a place in this world for satire, but there is a time when satire ends, and intolerance and bigotry towards religious beliefs of others begins,’ he said in a statement, according to The Guardian. ‘As a civil rights activist of the past 40 years, I cannot support a show that disrespects those beliefs and practices.’

Honey Boo Boo became a sensation after appearing in the TLC series Toddlers & Tiaras back in 2011, and it wasn’t long before she was parodied in sixteenth season episode Raising the Bar.

The instalment saw Honey Boo Boo – real name Alana Thompson– forced to pick out a pig for a heart transplant after eating too much.

Understandably, her mother Mama June didn’t approve of the depiction and called the episode ‘kind of trashy’ while speaking to TMZ.

Sex and the City star Sarah Jessica Parker didn’t appear to be too happy with her portrayal on the programme – and to be honest, we can completely understand why.

Season 14 episode The Tale of Scrotie McBoogerballs sees the boys write a book which describes her as having an ugly appearance, with the actress even called a ‘transvestite-donkey-witch’ at one point.

Sarah never directly hit out at the programme, but she did speak candidly about the nature of personal criticism she has received a year later.

‘Personal criticism I find distasteful,’ she told Stylist. ‘We think it’s funny to be mean, and women say awful things about other women and use terrible language and call each other awful names. It’s so uncivilised and vulgar; it’s not good for our souls.’

There was plenty of criticism aimed at the show as a result of its depiction of the actress, and Matt Stone previously said in an interview with The New York Times, saying: ‘When we were doing the episode, all the women in the room were like, “That’s really mean.” But what’s so mean? She’s on the cover of Vogue with her wispy clothes and her made-up face, and you’re like, “O.K., you put yourself out there as a sex symbol.”’

He added: ‘She bums me out. If I’m on the cover of Funny Animator, that kind of makes sense. But if I was on the cover of Men’s Health, it would be knives out on Matt Stone.’

His widow Terri was said to be ‘devastated’ after seeing the episode, which featured Steve in hell with a sting ray sticking out of his chest.

The episode was criticised as being far too soon by many, and a friend of Irwin‘s widow said at the time: ‘Terri is devastated Steve is being mocked in such a cruel way. Her worry is that Bindi and Bob will see it and break down. Steve had as big a sense of humor as anyone, but this goes too far too soon.’