Star Wars: Episode VII – The Force Awakens hits TV screens on Channel 4 at 8:45pm this evening, and it was a landmark release for the Disney franchise. Not only did it introduce the next generation of heroes in a galaxy far, far away, but it also delivered some of the most memorable villains in the franchise to date. Of course, Kylo Ren became the scourge of the universe, but he would not have been able to achieve such power without being seduced by the Dark Side of the Force. And the creature who brought him into this world was Supreme Leader Snoke, an enigmatic evildoer whose backstory is more dense than viewers might have realised.

Snoke was first introduced in The Force Awakens in a similar way to how The Emperor was revealed in The Empire Strikes Back. His devilish visage was shown off exclusively through holograms, so viewers never saw his entire body until the following film.

The alien figure had a distorted look. His head was heavily scarred, covered in deep gashes and emitted a deep, booming voice (delivered by Lord of the Rings stalwart Andy Serkis). Kylo Ren instantly showed fear and obedience to this titan, teasing that he was perhaps incredibly powerful.

After The Force Awakens was released, fans speculated that Snoke was perhaps hiding his size with the hologram. They suspected he was just two feet tall and mirrored the mighty Jedi Master Yoda in both stature and power.

However, in the sequel, The Last Jedi, Snoke was shown off in person for the first time in the throne room of a Star Destroyer. His milky-coloured body contrasted with his regal bright yellow robes, and he was surrounded by a troupe of red-armoured elite guards (once again, just like the Emperor did in Return of the Jedi).

The famous throne room fight showed off Kylo Ren turning the lightsaber of his grandfather (Darth Vader) into Snoke’s body, killing him for good, before teaming up with Rey Skywalker to defeat the Sith Lord’s elite guard. 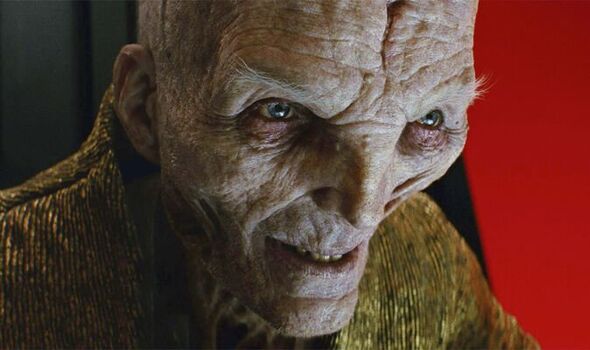 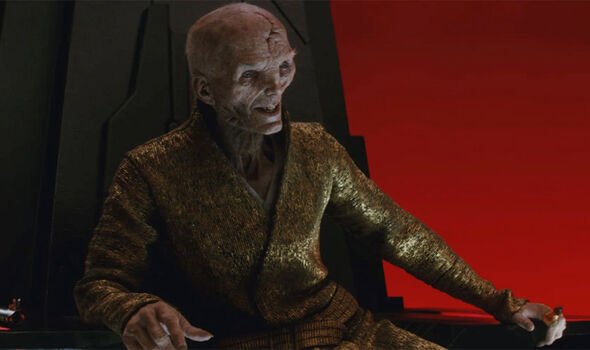 It wasn’t until The Rise of Skywalker that fans found out where Snoke really came from.

The Force Awakens and The Last Jedi gave some background details about Snoke. Mainly information on how he influenced Ben Solo into joining the Dark Side while he was still a young, impressionable boy. He then drenched him in the power of the First Order to keep him feeling trapped.

In The Rise of Skywalker, Emperor Palpatine (Darth Sideous) returned to the fight. It turned out that when Darth Vader killed his body in Return of the Jedi, his Force powers continued to thrive.

Palpatine’s body began rebuilding itself in Exogol, a secret Sith planet hidden in the outer edges of the galaxy.

When Rey finally confronted Palpatine on this ghastly planet, Palpatine revealed a string of test tubes with half-deformed Snokes floating within them. 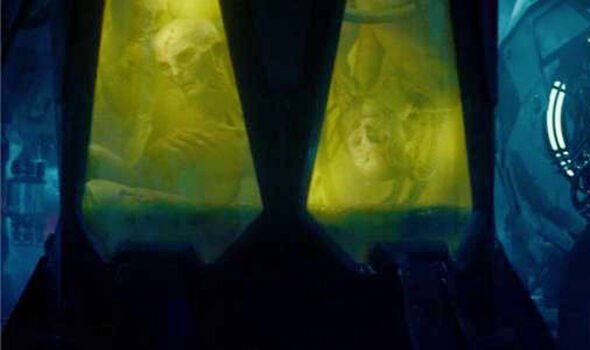 It was here that Emperor Palpatine cloned himself to grow Snoke in giant tubes and spread his evil work across the galaxy when he was not physically able to.

No further details were given in the movies, but a supplementary book gave a firsthand account of what was going through Palpatine’s scarred head when he was building his new empire between Return of the Jedi and The Force Awakens.

Star Wars: The Secrets of the Sith gave great insight into Palpatine’s planning. He wrote: “To continue my plans for total galactic domination, I would need a form worth of my might. Unable to leave Exegol, I would have to spread my influence across the galaxy through less direct means.”

He described “genetic experiments” held by his devout followers to bring Snoke to life. He continued: “Although his body proved unworthy of containing my dark essence, Snoke’s nature sensitivity to the Force would make him a powerful puppet nonetheless.”

Palpatine later described Snoke as a “temporary measure at best” while continually trying to build a body “worthy of his infinite might”.

With his hand firmly in the Snoke puppet, Palpatine began his new age of evil.

He continued: “Through my manipulation of Snoke, I began gathering forces, building an army capable of opposing the New Republic that had risen in my absence. Through Snoke, I would make certain that the First Order would be mine to control.”

All Star Wars films are available to watch on demand on Disney Plus now.