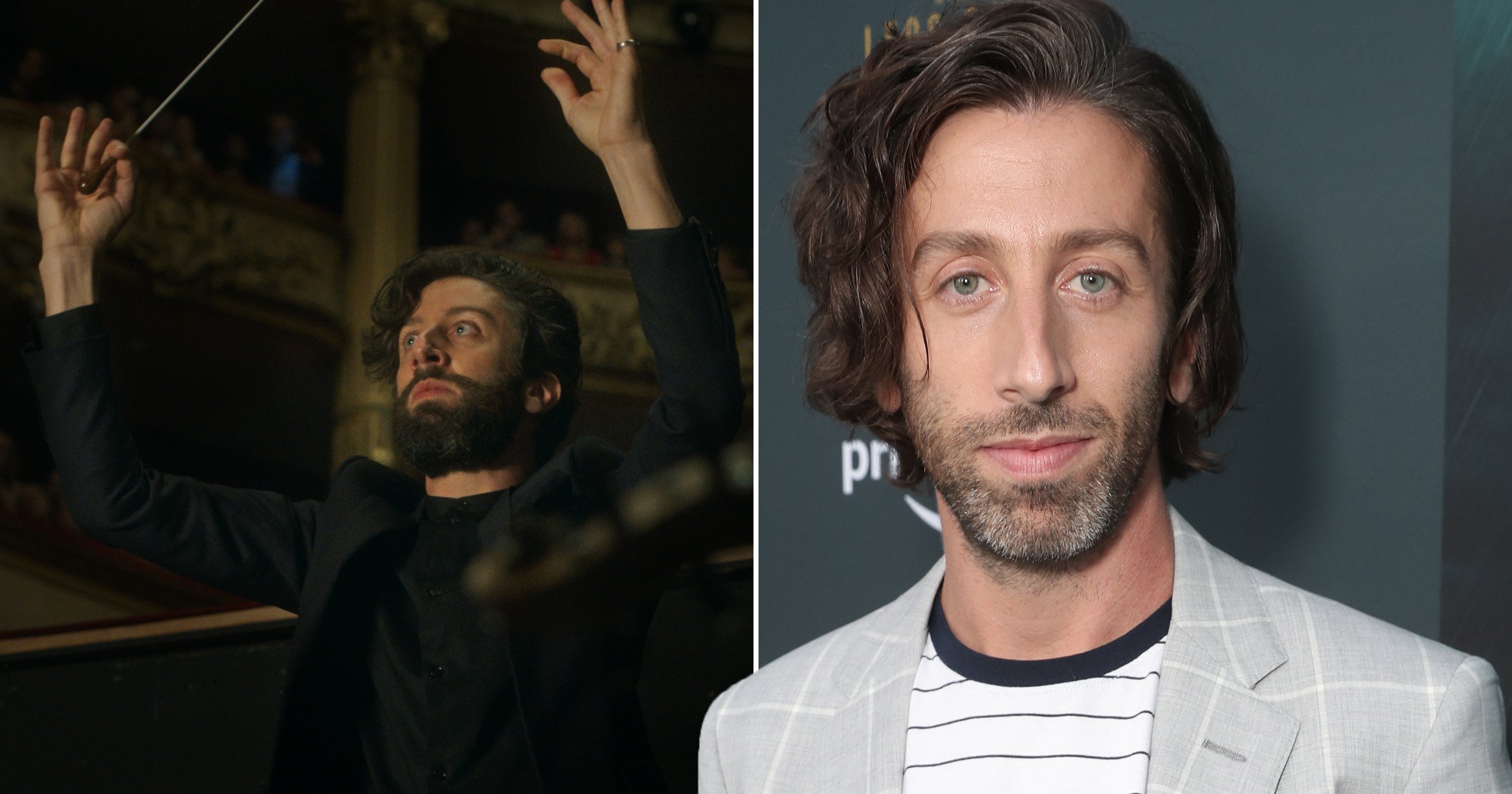 Even if you’ve been in one of the most popular TV sitcoms of all time, you don’t just get offered every part you might be interested in on a plate, as The Big Bang Theory’s Simon Helberg can confirm.

His experience with new film Annette, an unusually dark musical from the mind of pop duo Sparks – brothers Ron and Russell Mael – starring Adam Driver and Marion Cotillard, saw him embark on an ‘eternal’ process to even get his audition tape seen by director Leos Carax.

The actor, who played engineer Howard Wolowitz on all 12 seasons of TBBT, also admitted lying about his citizenship so he could be considered for the project, despite having ‘no real game plan’ on how to actually follow through with that, if necessary.

Speaking to Metro.co.uk, Helberg laughingly admits that it ‘was not easy to become involved’ with Annette, but he went ‘to great lengths’.

‘These were people who I wanted to work with so badly, and the coming together of that crew I knew was something that would never happen [again],’ he explains. ‘And I was such an enormous fan of theirs that I managed to procure a script.’

However, that was just the first of many hurdles Helberg would face – the next one was his lack of European citizenship, and he did as many actors would do in that situation.

‘So, of course I lied and said I was a European citizen and figured, well, I’ll back my way into that if it’s necessary, but I had no real game plan.’

Subsequently, Carax did then cast the 40-year-old actor in Annette after seeing his audition tape.

‘He responded right away and liked it, and then, of course, the heavy lifting came into play which was, “Which one of these little countries in this union will accept me so that I can be a part of this film?” And so I had to do a lot of hustling and ended up with a French passport, one way or another, and got the role in the film, but it was eternal.’

Carax also proved a bit of a tough nut for Helberg to crack, with his combination of initial elusiveness and, as Helberg puts it, ‘French indifference’, as well as his dislike of the casting process.

At first, the actor was slightly baffled: ‘The way he was described to me, I was like, does this guy even have internet? He was almost described as this hermit-type figure who’s so enigmatic that they didn’t know if he lived under a rock or in a storage unit, or if he would even come out to talk to anybody.’

The Holy Motors director did receive Helberg’s audition tape though and responded quickly with an invitation to an in-person meeting, from which the actor did not get good vibes.

‘After meeting with Leos I thought, “Well jeez, this guy is definitely not interested in me.” I expect a certain amount of French indifference, right? I travelled to New York to meet him after sending him my tape, and he really didn’t even seem to know who I was and I told everybody after, “I don’t think that’s going to work out.”

‘And then I got the role and I thought, “Well, gee, I was wrong!” But no, he told me recently I wasn’t wrong! He did not like me, and he was not interested.’

If you’re worrying about how things panned out though, it seems Carax warmed to Helberg – well, a bit.

‘He does admit at least that he likes me a little more now. He said it wasn’t personal, he just hated the casting process so much that he really couldn’t envision anyone in these roles because he usually writes his own films, and he writes them with people in mind.’

Helberg plays the part of The Accompanist in Annette, who is brought into the world of the gifted eponymous baby Annette, daughter of Avant Garde comedian Henry McHenry (Driver) and opera singer Ann Defrasnoux (Cotillard). A large portion of his screen time is spent opposite Star Wars favourite and Oscar nominee Driver.

‘Adam is somebody who I’ve admired forever and ever, which brings its own kind of intimidation along with it’, reveals Helberg. ‘And obviously, you know, he’s a hulking figure and all of that, which everyone loves to talk about so much…’

Helberg delivers this with game humour and an audible eyeroll (he is 5ft 4 to Driver’s 6ft 2). He is full of praise for his co-stars and Annette’s creative team, calling the experience of walking on set to work with people he admired so much ‘unnerving’. But he’s also grateful for the way the actors ‘elevated’ his work and made things ‘exciting, alive and somewhat dangerous’.

‘This movie, the whole experience just walked that line of danger, I felt like. I don’t mean like physical harm, but there was a long way to fall from every scene that we did, from conducting while delivering a soliloquy to singing a lullaby to a puppet or operating the puppet while acting. It was always a series of kind of impossible asks.’

Praising Driver as ‘extremely playful, like all great actors’, Helberg has particularly fond memories of their final, dramatic scene together in Annette.

‘It was in many ways like a dance. and with all the choreography that we had along the way – that scene had a lot to be filled in by us and was very free.’

I ask Helberg a bit about his musical talents, struck by the – superficial at least – similarity between his part in Annette and his role as accompanist and composer Cosmé  McMoon opposite Meryl Streep in 2016’s Florence Foster Jenkins.

‘I was the best piano player you could find at 14 – and maybe even 15 – and then, of course, that starts to trail away as people become more and more proficient.’

He now sees it as more like ‘a party trick’, similar to his impressions (including Nicholas Cage, Al Pacino and Stephen Hawking, as seen on TBBT) but is grateful for the skill giving him ‘a kind of blind confidence’ when he goes after those types of roles.

‘I think it just allows me at least enough of a sense of confidence to try to jump in and put my hat in the ring – and it usually starts with a bit of a fib, like saying to [Florence Foster Jenkins director] Stephen Frears, “Oh, I can play anything”.

He freely admits that that ‘wasn’t true’, but taking that swing, as with his citizenship conundrum for Annette, saw him snag the part.

‘I play a lot of jazz and some rock and popular stuff, but I didn’t play opera or classical music, but I told them I did, just like I told Leos I was a French citizen – or that I could sing!’

Helberg proves to have a perfectly decent voice in Annette, one of his many talents that combined sees him deliver an excellent performance.

He relents slightly: ‘I mean, I can sing if I work very hard, and then I can deliver certain kinds of songs. It’s the same thing with piano. But I love music, and when they do align, it feels sort of fated.’

Annette is released in cinemas on September 3 and streams on MUBI from November 26.