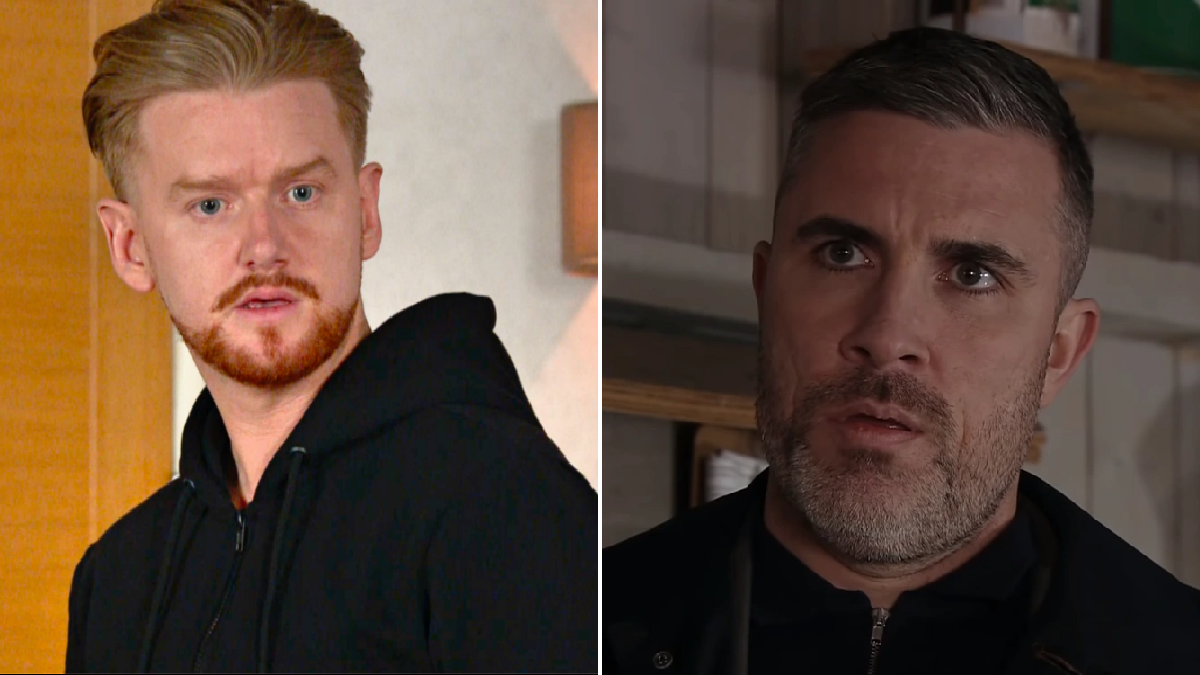 Luck has been on Gary Windass’ (Mikey North) side for years in Coronation Street, after he murdered Rick Neelan.

The former builder faced a number of risky moments where it looked as though the truth would be exposed – and he faces another in upcoming episodes.

With Kelly’s (Millie Gibson) life in danger after meeting one of Rick’s old clients, Gary soon realises she is in trouble and makes his way over to Keiran’s to find her.

Gary is unable to meet Keiran’s demands (he wants cash, obviously), and decides to resort to violence in order to protect Kelly.

However, when the red mist descends it really descends, and Kelly is left stunned at how far Gary is willing to go.

After the ordeal, Kelly’s got questions, but could it lead to her discovering the truth about Rick’s death, prompting Gary to at last face the consequences?

Mikey North told us his thoughts:

‘Obviously, he’s taken Kelly on and he’s starting to love her like his own daughter. I think that can help build towards his redemption as well, that he’s looking after her. He took on Laura when she was dying as well. Time will tell but hopefully he’s doing enough to be redeemed in some way.’

Mikey also looked to the future during our chat, wondering how Kelly and his neighbours would react if they learnt he’s a murderer:

‘I have absolutely no idea. I guess it’ll be huge whenever that happens and I guess that’s what we’re eventually building towards, how their [Gary and Kelly) relationship will develop over time. I’m looking forward to seeing how it’s all going to transpire with those two.

‘As they grow closer it’s going to be even more of an explosive thing when it does happen.’