I’m A Celebrity… Get Me Out Of Here! is right around the corner, as 10 new contestants battle to win the public’s vote with a series of nail-biting challenges and eating trials. Based on the bookies’ predictions, Olympic athlete Sir Mo Farah is tipped to win the ITV competition, with Shane Richie and Giovanna Fletcher following closely behind.

With filming taking place on the grounds of Gwrych Castle in North Wales, rather than the usual location of the Australian jungle, it is set to be a year like no other.

And it’s long-distance runner Mo, 37, who is looking likely to win over viewers’ hearts, having already written a hugely successful range of children’s books and fronted a number of charity initiatives.

Mo, who holds the title of the most successful British track athlete in Olympic history, has 24 percent of the public’s vote, according to Ladbrokes, making him the most popular contestant with viewers.

The location change could also work to Mo’s benefit, as Gwrych castle is free of all the dreaded snakes and spiders that are native to the usual Australian campsite. 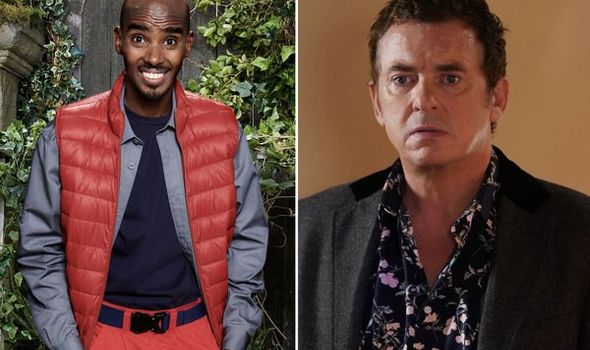 Mo revealed: “I am fearful of everything that moves – all animals!

“But I am not bothered if the castle is haunted and I’m not too bad with heights either.”

Ahead of his appearance, the medal-winner revealed he hopes to show a new side to himself, making his wife Tania Nell and his kids – Amani, Aisha, Rhianna, and Hussein Mo – proud.

“I know a lot of people will be surprised as they don’t see me in that way,” he said. 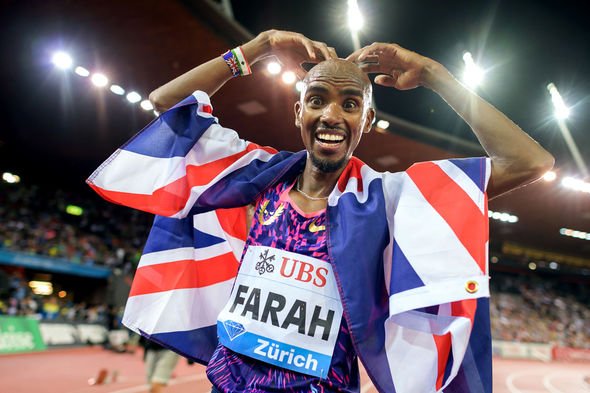 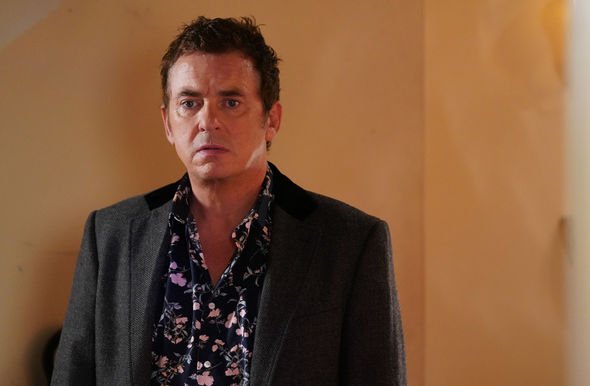 “They associate me with running and winning but nothing other than that. And my kids have been on at me too, saying ‘I can’t see you doing that dad,’ but I want to give it a go.

“I am excited and it’s definitely sinking in now. It’s so out of my comfort zone but I just want to go in there and be myself.”

Mo added: “I am most looking forward to meeting different people, getting challenges thrown at you and working as a team.”

Meanwhile, actor Shane, 56, who famously played Alfie Moon on EastEnders, sees his odds come in at 7/2, hinting he could bring back a victory.

Boosting morale in the campsite and bringing a smile to viewers’ faces, Shane has promised to cook eggs for his co-stars, saying: “It will be ‘here comes that pain in the a**e who doesn’t shut up!’ I am happy to help with whatever needs to be done and I am all over poached eggs – but I can’t cook otherwise!”

The former soap star has been open about his personal financial situation, revealing the I’m A Celebrity offer came before the lockdown left his family struggling for money.

He said: “And now I am literally skint! You save money for a rainy day but you don’t expect the rainy day to last six months.

“Thankfully I’ve been able to borrow money from mates, my family and the bank, and my wife is now very happy we can finally pay off the credit card!

“But what an honour to be asked before lockdown. I am so grateful and I am really looking forward to being around adults again instead of my wife and three children!”

Podcaster and author Giovanna – who is married to McFly frontman Tom Fletcher – is tied with Shane, meaning she’s equally in with a chance of being crowned Queen of the Castle at Gwrych.

I’m A Celebrity… Get Me Out Of Here! debuts on Sunday, November 15 on ITV.