RUTH Langsford broke down in tears of laughter after her husband Eamonn Holmes showed her something rude on this phone today.

The This Morning presenter, 61, couldn’t continue reading her autocue as she kept cracking up, thinking about what she had been shown. 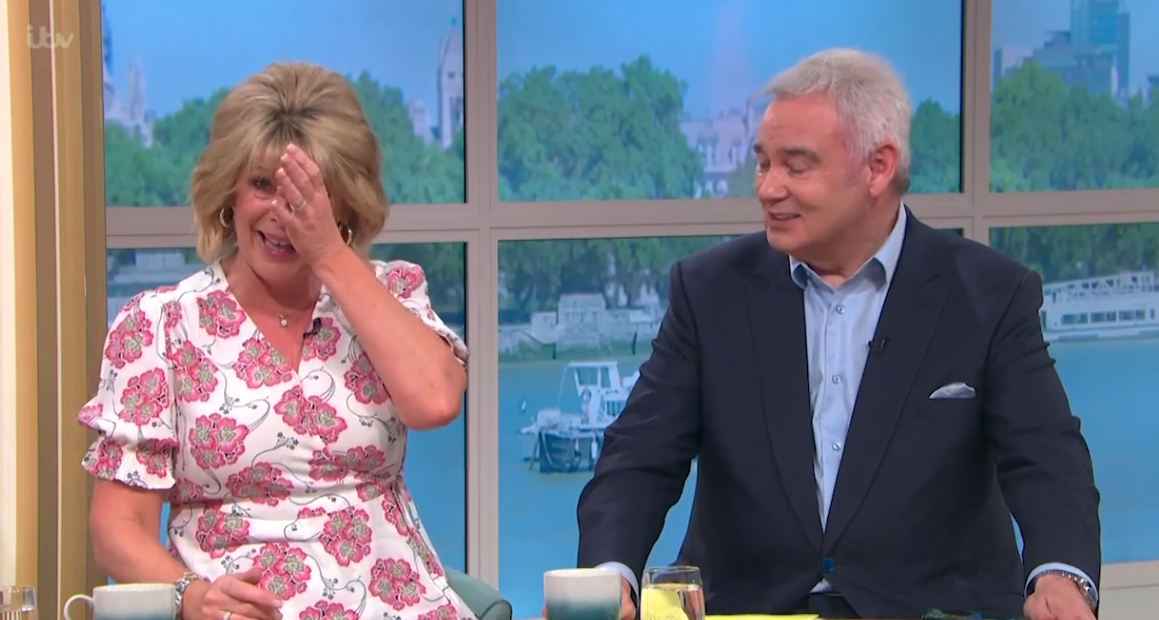 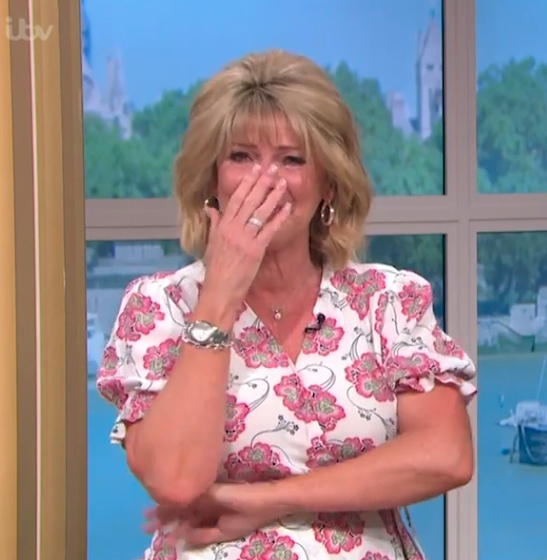 As they returned from the ad break, Ruth was heard telling Eamonn to “stop showing her that”.

Eamonn revealed he was showing her a picture of himself on his phone that a viewer had sent in – but they refused to say what was so funny.

Laughing hysterically, Ruth admitted it was too rude to show on TV as she wiped away the tears in her eyes.

She told the viewers: “Someone sent in a picture of Eamonn and if you zoom in on the neck, it looks a bit like…”

Ruth continued: “Sorry I wish I could say because it’s really annoying when people have an in joke.”

She added: “Sorry it’s just my smutty sense of humour.”

Those watching at home were desperate to know what they were laughing about.

One person wrote: “We want to see the photo too Eamonn. We were giggling with Ruth too.”

A second added:  “#ThisMorning I bet I know what #Ruth is laughing at – she said something about zooming in on a pic of #Eammon’s neck .. guessing where it would fold/tuck into the collar looks like lady parts ? Amiright @RuthieeL.”

While a third remarked: “I really need to see this image of Eamonn which is making Ruth Cry. #ThisMorning.”