Rose Ayling-Ellis makes Strictly history as she lifts the Glitterball 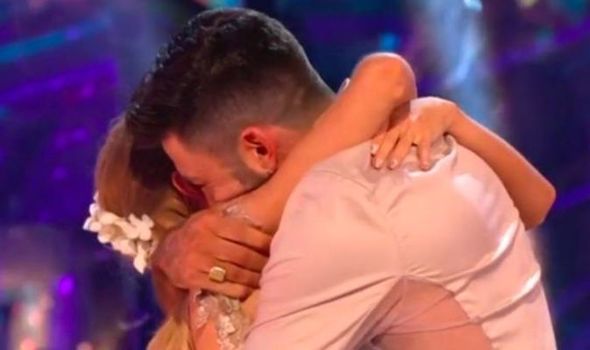 The EastEnders actress, 26, won the 19th series of the hit Saturday-night show after going head to head with Great British Bake Off winner John Whaite, one half of the first same-sex couple to reach a final.

It was only the second final to have just two celebrities competing instead of three after TV presenter AJ Odudu, 33, had to pull out of the final at the last minute over an ankle injury.

As she was crowned winner after a close-fought contest, Rose jumped up and down in excitement and told dance partner Giovanni Pernice: “You pushed me to believe in myself.

“You are a wonderful friend and we’ve gone through a lot and I just want you to know you’ve always got a piece of my heart.”

Giovanni, 31, who has been in three previous finals in his seven years on the show, replied: “I have to say thank you to this beautiful young lady who made all my dreams come true. It’s taken me seven years to get that thing.

“You are a dream, Rose.” Rose is best known for her role of Frankie Lewis in EastEnders where she made history as the soap’s first deaf actress to play a character who uses British Sign Language.

On joining Strictly she said: “I want to break down the stereotype deaf people can’t dance and can’t enjoy music.”

Among her three routines was a repeat of what Strictly presenter Tess Daly called their “legendary Couple’s Choice” featuring a brief period of silence as they glided over the dance floor in tribute to the deaf community.

It scored a maximum 40 from the judges, Craig Revel Horwood saying after last night’s performance: “It was stunning, absolutely stunning.”

And their show dance, performed to Bette Midler’s “The Rose”, brought judge Anton Du Beke to tears – and received another 40 points.

Rose’s appearance has also been credited with boosting the number of people wanting to learn sign language.

Runners-up John, 32, and partner Johannes Radebe, 34, were the first all-male couple and the second same-sex couple on the BBC One show.

Among their routines was the rumba, which the judges decided they wanted to see performed again.

Last year, Olympic boxing champion Nicola Adams was paired with pro dancer Katya Jones but their time in the competition was cut short due to Covid.

Before the show, John said: “The amount of people who have messaged saying their kids can grow up in a world where two men or two women can dance together is mega.”

For pro dancer Johannes, who has twice reached the final of the South African version of Strictly, this was his first final in the UK.

He was partnered with Coronation Street star Catherine Tyldesley in his first Strictly Season in 2019 and they danced their way to Halloween.

Last year, he danced with actress Caroline Quentin but they were voted off in week five.

This series went ahead with strict measures backstage to keep the cast and production crew safe.

However, Craig Revel Horwood, dancer Amy Dowden and contestants Judi Love and Tom Fletcher all tested positive for Covid during the series .

Judge Motsi Mabuse was also absent for a week after being contacted by NHS Test and Trace.