EXCLUSIVE: UK sales firm Rocket Science has boarded world sales on Clean, the fly on the wall documentary from Lachlan McLeod (Big In Japan) which premieres in the Documentary Competition section at SXSW.

The movie is a close-up insight into the world of ‘trauma cleaning’ through the journey of larger-than-life business owner Sandra Pankhurst and the workers at Melbourne’s Specialized Trauma Cleaning Services. Below is a first clip.

Trauma cleaners’ clean spaces that no one else will touch – hoarder sites, meth-labs, murder scenes, deaths and suicides. They clean the homes of some of society’s most vulnerable people – the neglected, the lonely, the addicted, and the mentally unwell. When illness forces her away from her beloved trauma cleaning business, Sandra Pankhurst faces up to her traumatic past and begins a search for her birth mother. Meanwhile, her workers approach this difficult work with camaraderie and humor, bringing hope to their clients despite carrying trauma of their own.

Said Thorsten Schumacher of Rocket Science: “Over the last couple of years every one of us has experienced trauma. In Sandra Pankhurst we have a most remarkable character, who manages to show kindness and love in the most difficult of circumstances and that’s why her story is so unbelievably affecting and will resonate with anyone who sees Clean.”

“Clean is the world’s first feature-length documentary to explore the work of trauma cleaning through a sensitive, observational lens. This project has been three years in the making and we can’t wait to share it with audiences around the world,” added David Elliot Jones and Charlotte Wheaton.

“I learnt a lot through the experience of making Clean and I think the core of these ideas will carry through for audiences too. Sandra and her workers demonstrate to us the importance of human connection, compassion, lightness and moving forward. I hope the audiences of Clean feel the same,” commented director Lachlan McLeod.

McLeod is directing his next feature documentary Guardians of the River, about an Indigenous activist’s attempts to save a river from Papua New Guinea’s largest ever proposed mine.

Here is the movie’s poster: 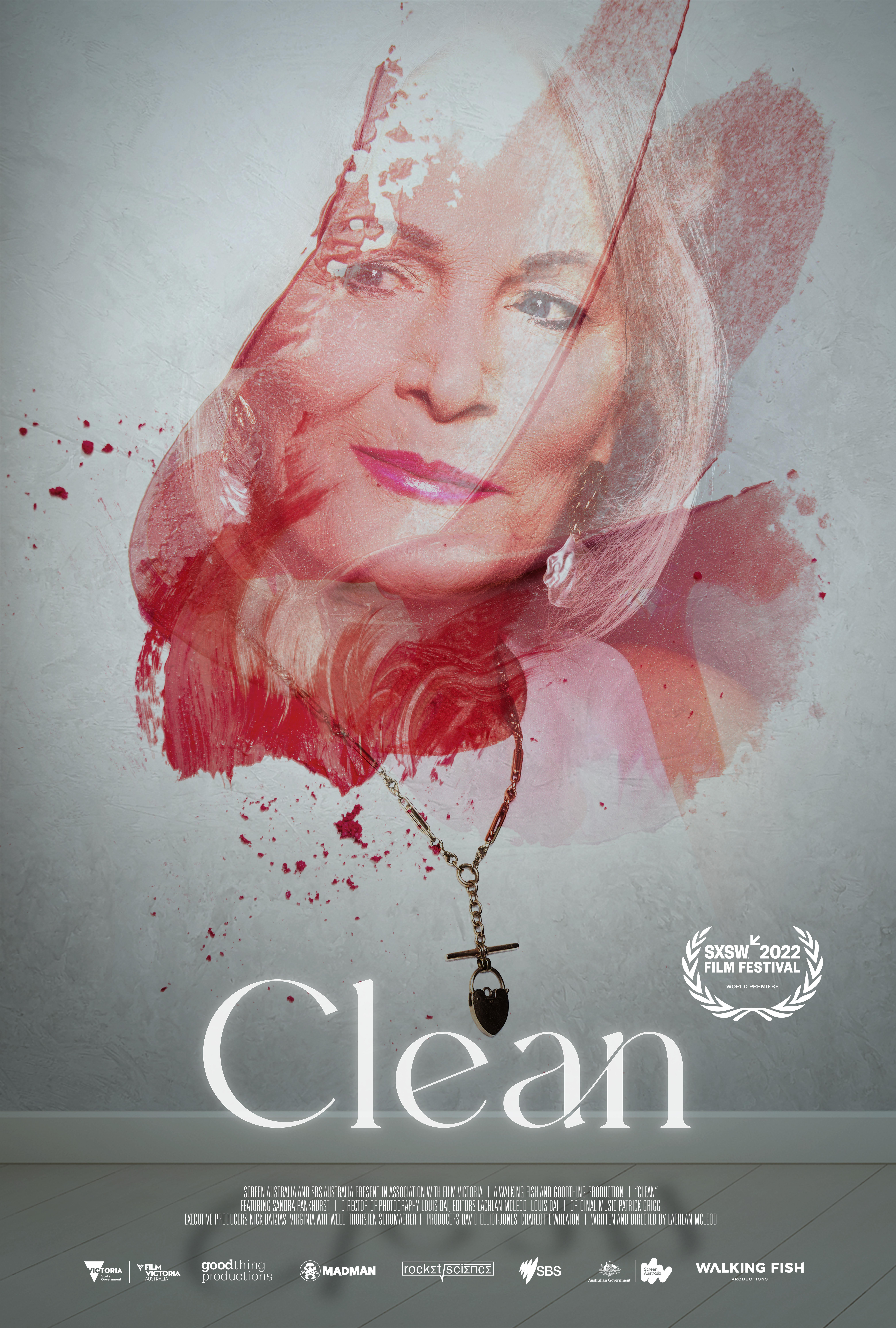