'RHOBH': Lisa Vanderpump Will Return? Kathryn Edwards Predicts She Will and Who She Will Come For

Kathryn Edwards from The Real Housewives of Beverly Hills could see Lisa Vanderpump making a return to the series and taking on Lisa Rinna with a vengeance. She thinks Vanderpump and Kyle Richards’ friendship is not beyond repair, but could see how the two could still do battle on the show. But it is Rinna that could possibly have a target on her back if Vanderpump returned.

Lisa Vanderpump would return to ‘RHOBH’ in ‘her glory’

Rumors of Vanderpump’s possible return are floating in the reality television-sphere, especially now that Erika Jayne’s position on the show could be up in the air. “I could see LVP coming back,” Edwards said on the Behind the Velvet Rope with David Yontef podcast. “I really could. I could, I mean, it might not be, you know, in the one or two seasons, if the show is still going, that would be the way to pick it up.” 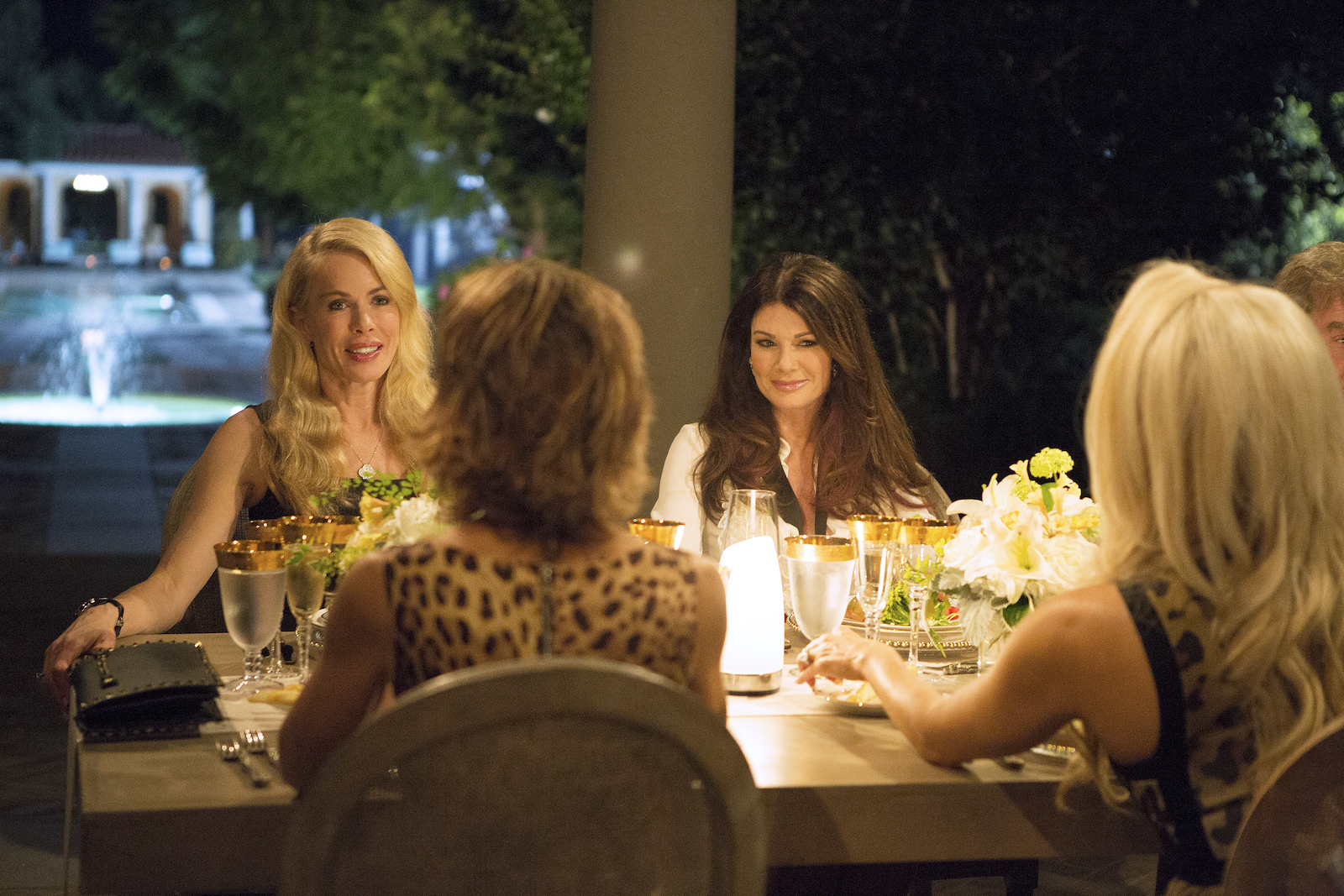 “I mean, listen, I don’t know anything,” she asserted. “So I don’t know, but I would bet the farm that she would [return]. She’d come back in her glory. Kyle would still be there. Her and Kyle will somehow make up and it’ll be okay for a little bit. And that’ll be like the end until it rides off into the sunset.”

Would Lisa Vanderpump and Kyle Richards spar on ‘RHOBH’?

Edwards also thinks it’s possible that Richards could leave the show. “I could see if they make enough money,” she said about Richards’ financial position. “And in the dynamics of the show changed so much where it’s not fun. I could see her walking away. Yeah. I mean, I don’t know why not.”

Edwards also wondered what a Vanderpump return for Dorit Kemsley would mean. “Dorit doesn’t fight well with LVP when they, when they fought, I mean, it just wasn’t,” she recalled. “It’s a different chemistry between them than it is with Kyle. The reason why it worked with Kyle and LVP is that there was some, there’s some chemistry there that makes it work. Some oil and water.”

Could Lisa Rinna bounced from the show?

While Edwards doesn’t think Vanderpump could demand another cast member be fired, she thinks producers would listen to her. “I think [producers] have to think it was their idea to like, we don’t really love her, you know,” she pondered. “We’re getting rid Dorit or whomever it is. You know, she, her day is kind of the come to an end anyway. No, no harm, no fall. And if they have somebody new that’s the thing about LA or even New York is especially LA though. There are a million entertaining women in that city that they could put in that place. And that would also be great, fricking entertainment, great opulent lives, crazy stuff.”