Prince Harry has hit headlines overnight following a chat with The Late Late Show host James Corden. During the chat, the royal opened up about his departure from the Royal Family as well as things like Netflix drama The Crown. However, the interview became a topic of discussion between the This Morning presenters given Harry and wife Meghan Markle’s insistence on privacy, with royal expert Camilla Tominey issuing a stark reminder to the pair and fans alike.

Hosts Dermot and Alison were keen to hear Camilla’s thoughts on the move by Prince Harry as he and Meghan are also penned in for a high-profile chat with Oprah Winfrey in the not-so-distant future.

“It’s an interesting rewriting of history,” Camilla began. “If you think of the Megxit statement.”

Camilla then claimed Harry and Meghan’s step into the spotlight is part of their plans to almost dictate how they’re perceived in the press.

“This is about press controls and saying we want publicity but only if it’s favourable to us,” Camilla said. 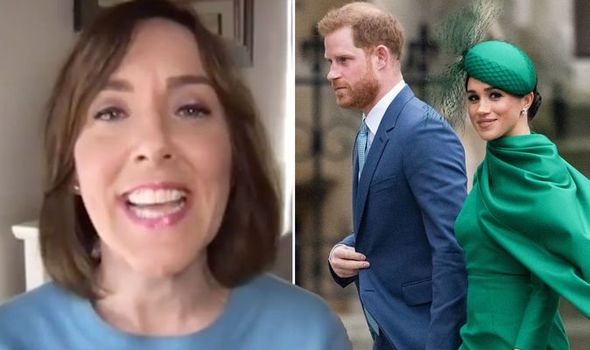 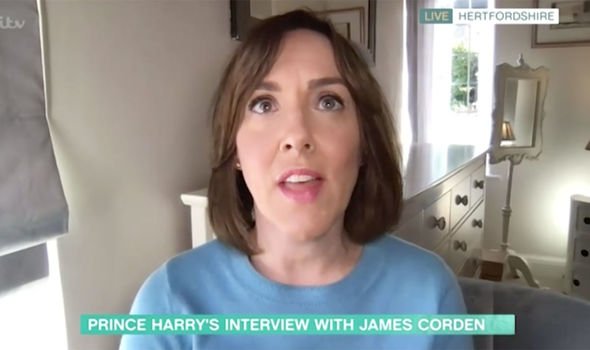 She warned: “Whenever there is a story about someone high profile….that’s a two-sided story, you can’t just give one side.

“We know the Queen is saddened and disappointed – you can’t just ignore that side because they claim they were unfairly treated [by the press].”

Delving further into the new interview by Harry, Camilla discussed the dilemma of keeping up a famous profile while aiming for privacy.

Discussing the James Corden interview, Camilla weighed in: “I think he comes across really well, 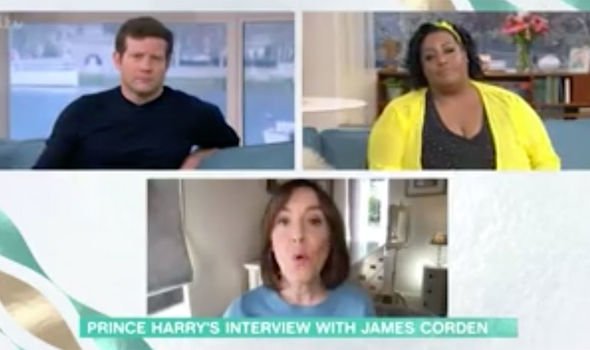 “But this is Harry as we know and love him, right?” she continued. “There is this sense that maybe in recent months the couple has lost their sense of humour a bit.

“They’ve taken themselves a bit too seriously in some of their earnest endeavours and I have no criticism of them wanting to do charitable work and everything else,

“But there’s been this sense of they’ve been on the fringes thinking that they’re very important without filling it with much substance.”

Camilla went on: “What we see here is the Harry that we know and love, and of course that should be welcomed,

“But at the same time, you cannot simply turn on the tap of publicity just when it suits you.

“When everything’s going well and the headlines are always good and pretend that you exist without any negative headlines either.

“I think that’s a tricky game to play,” the royal expert added.

Camilla then dished out some words of advice for Harry and Meghan if they are to go down the route of acting as “private citizens”.

“But they’ve got an image to uphold in America and they do want to be famous, this is the dilemma.”

Camilla concluded her critique by saying: “You’re invading your own privacy.”

This Morning continues weekdays at 10am on ITV.