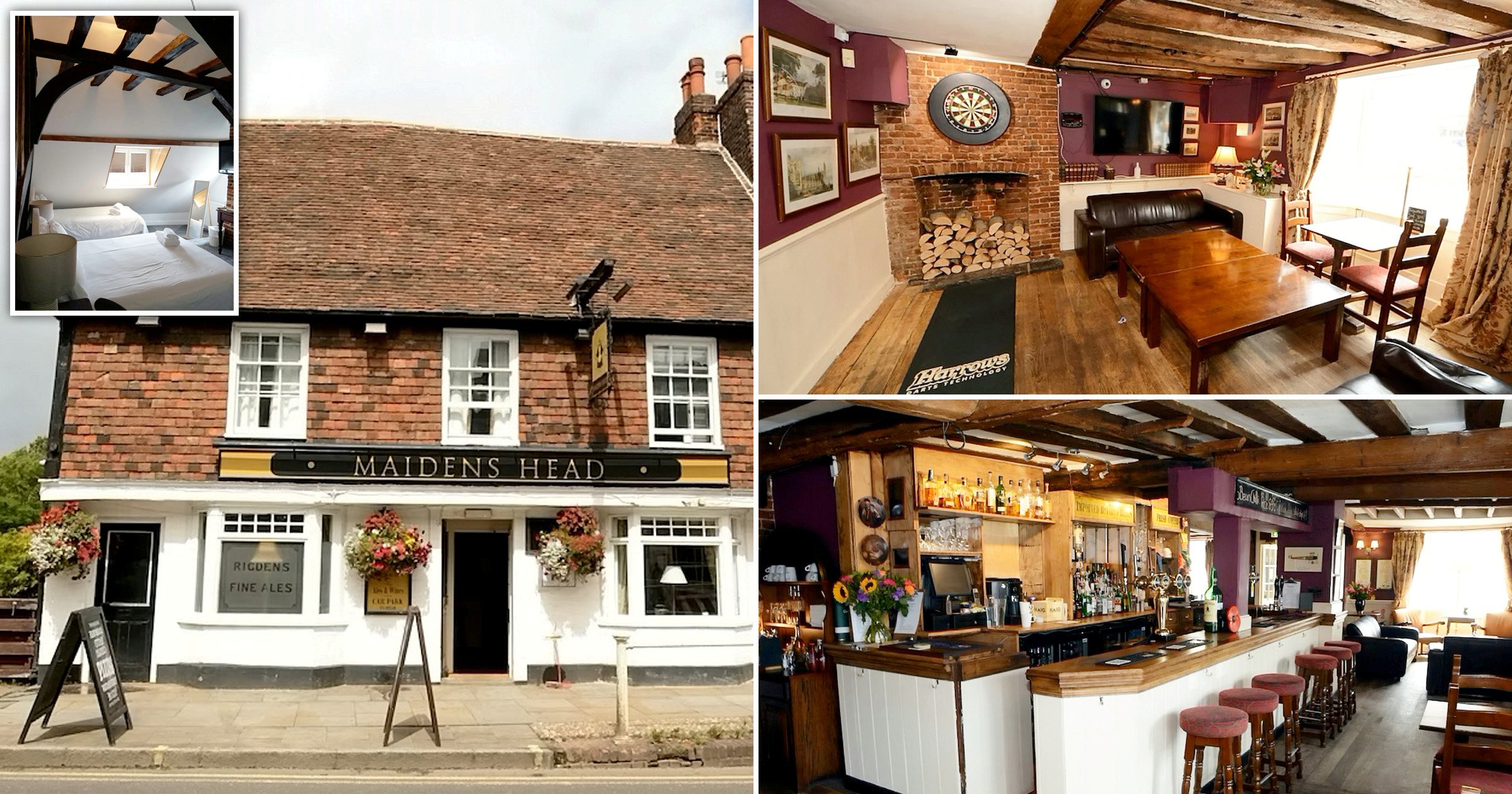 For those who love a ghost story, there’s a pub in Canterbury worth visiting.

A pub landlord says a spectre is haunting his historic boozer.

Jeremy Stirling, 62, who runs the Maiden’s Head in Canterbury, says spooky events have taken place in the converted attic, leaving visitors ‘freaked out’.

He started to believe the property was haunted after guests and staff reported seeing glasses fly across the air and the jukebox turn on by itself.

Chillingly, the song that played when the jukebox came to life – while turned off by the mains – was by The Stranglers.

Keys have also vanished from locked rooms and cleaners have said they suddenly felt cold in the spooky area.

The pub building dates back to 1446, if not even earlier.

Jeremy says of the apparent paranormal activity: ‘A woman said she was lying on the bed and the glass flew and hit the wall.

‘And one of the staff says that the jukebox has started playing music when it was switched off at the mains – Golden Brown by The Stranglers.

‘We’ve also had two sets of car keys, which were in locked room, and never accessed by our staff go missing.’

He added: ‘There must be an explanation for everything, but I can’t explain it.’

Jeremy took over the tenancy of the pub six years ago.

At the time, builders who were renovating the attic said they noticed a strange aura – this was the start of it.

He said: ‘The building is 750 years old. We had a very large void roof space, which we transformed into B&Bs with ensuite bedrooms.

‘During the transformation, the guy who was in charge said a couple of the boys were a bit uncomfortable up here in this space.

‘They couldn’t put their finger on it, but they said they didn’t feel right up there.’

One builder apparently soon refused to go up there and found another job, as he was so scared.

Once the conversion was finished and functioning as a B&B, guests began to notice strange events happening in room four of the pub.

He said: ‘It’s mostly been in the one room. We’ve also had two sets of car keys, which were in locked room and never accessed by our staff, go missing.

‘There was no rhyme nor reason why the keys went missing.

‘And then we had one lady who was sitting in the room watching TV, and a water glass exploded on the side.

‘Another time, a woman said she was lying on the bed and the glass flew and hit the wall.’

A member of cleaning staff was left ‘a bit freaked’ after suddenly feeling cold in the room, despite the central heating being turned on.

While the historical provenance of the Grade-II listed pub isn’t know, it’s possible that someone died in it – given its age.

Jeremy said: ‘It’s over 750 years old, so of course people must have passed away in the building over the years, but I don’t know of any of such.’