Pointless Celebrities returned to BBC One tonight with Alexander Armstrong presenting alongside the adjudicator Richard Osman. Those watching at home tuned in to see the episode be a sitcom special and the famous faces taking part in the quiz show were Kerry Howard, Neil Stuke, Robert Duncan and Susannah Doyle. Alongside Brigit Forsyth, James Baxter, Simon Greenall and Pauline McLynn.

The first round the celebrities were taking part in was titled Television Presenters: TV quiz and game show hosts.

They were given several images of some of the nations favourite front men and women and had to name them.

The three teams with the lowest made it through to round two.

Unfortunately for Brigit and James, they were in the red with 117 points, the highest out of all the contestants. 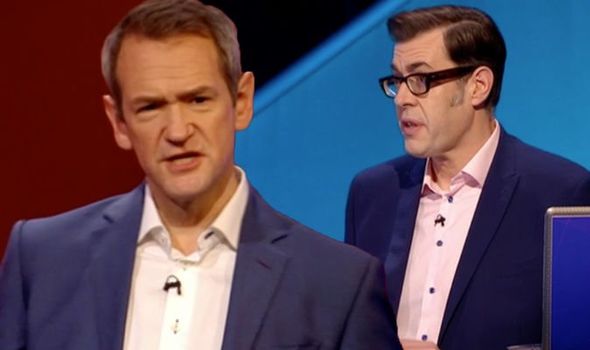 Nevertheless, when it was Richard’s turn to talk through the rest of the board, he shocked his co-star Alexander when he spoke about who would replace him as the Pointless host. 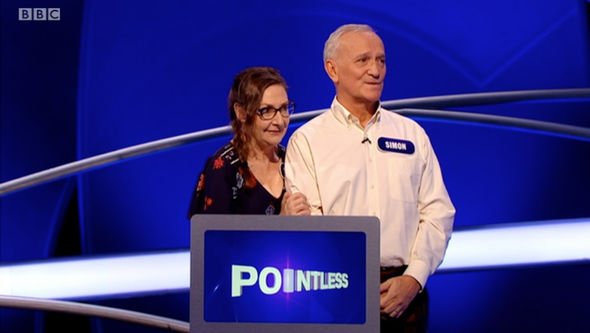 Turning to Alexander, Richard then remarked: “If we were to ever replace you on this show, Sue Barker would be my choice.”

As for how the celebrities got on, Pauline and Simon made it through to the final round where they had the chance to win the £2,750 charity jackpot.

They were then tasked with looking for anyone who had appeared in two or more episodes of The Crown, any state visits she made with The Duke of Edinburgh and the first or middle names of any of her grandchildren or great-grandchildren. 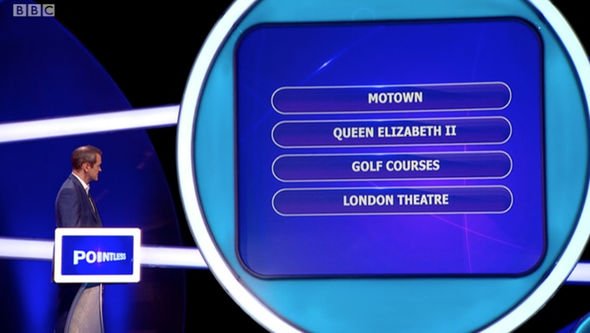 With just a minute to come up with three answers and only one of them needed to be Pointless answer of zero.

The answers they gave were China, Ireland and Japan, but how many people said those countries?

China was right and scored 15, which Alexander said was a “good answer”.

Ireland scored then 11 points and Japan got them four points.

Pointless Celebrities returns next Sunday on BBC One.