Piers Morgan, 55, spent two days in bed this weekend as the Good Morning Britain host was struck down with heat exhaustion following the recent heatwave. Joining co-star Susanna Reid, 49, and medical expert Dr Hilary Jones, 67, at the top of the programme, the presenter explained what had happened to him over the weekend. In a discussion about his health, the host declared how he “couldn’t walk, couldn’t talk, couldn’t breathe,” after spending a day in the sun playing golf. This didn’t stop ITV viewers still expressing their concerns over his appearance this morning.

The host told Susanna of his weekend: “It was boiling hot, obviously and woke up Saturday morning and suddenly felt [off balance].”

“How much did you drink?” Piers’ co-host chimed, to which he replied: “No, I hadn’t had a single drink.

“I had heat exhaustion and spent two days in bed and basically that was it. Couldn’t walk, couldn’t talk, couldn’t breathe.

“It was like a utopia for all my critics, really,” he quipped, before going on to ask Dr Hilary on his stance over his ill-health.

“Doc, it was hot last week. Heat exhaustion is quite unpleasant, I’ve discovered,” the host continued. 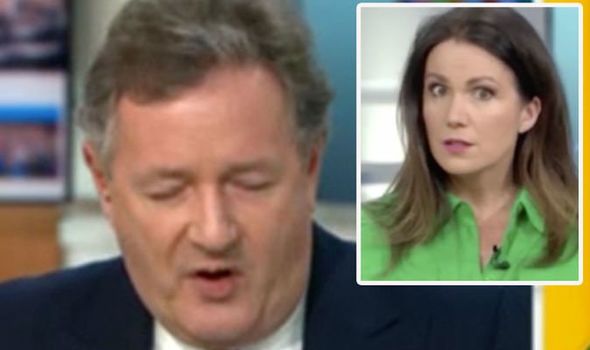 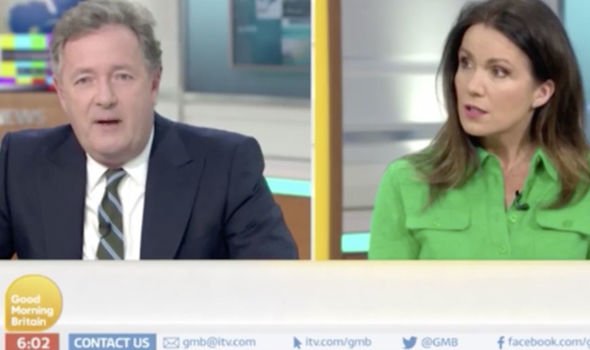 “It’s very unpleasant,” the medical professional stated, adding symptoms can include: “Headaches, dehydration, not being able to sweat.”

“I just slept it off. Was that the right thing to do?” the presenter asked, to which Dr Hilary agreed the host was correct with his treatment as well as having made sure he drank plenty of fluids.

Taking to Twitter, viewers still expressed their concerns despite the host’s explanation and it wasn’t long before Piers was trying to put their minds at ease again. 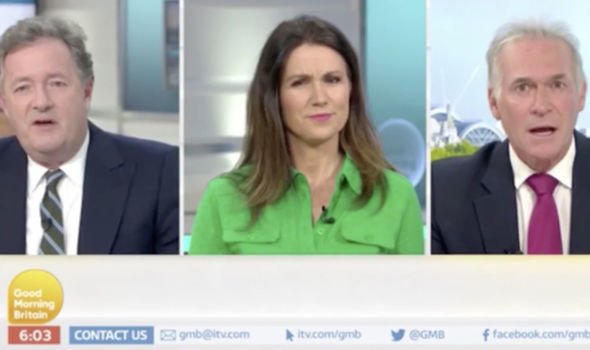 “Somebody else said ‘Piers is unwell’, I spent all weekend in bed with heat exhaustion, I was playing golf,” Piers said.

“I probably haven’t completely recovered, but you know what? You dig deep and you battle on,” before Susanna chimed in.

“Not great, but I’m certainly helped enormously by the touching concern of viewers. It always helps actually.”

Viewers were also astounded by seeing another side to the journalist on the show today as both and he and his co-star were treated to a trip down memory road.

With the Television Centre where the Good Morning Britain studios are situated celebrating its 60th anniversary today, throwback pictures of the presenters were shown on screen.

Susanna sported a short hairdo in her role as a BBC Breakfast host, whereas her co-star was seen as his younger self in the early days of his journalism career.

The former was slightly embarrassed by her look from back in the day, stating she was showcasing a “Playmobil” hairstyle.

However, taking to social media, viewers were in awe of seeing the journalists as their younger selves with one writing on Twitter: “Susana u r still looking gorgeous, cheer up!!” (sic)

Another added: “They look like twins,” as a third commented: “@piersmorgan and @susannareid100 both look more stunning now with age.”

“They’ve not changed one bit,” a fourth remarked, with a fifth posting: “@susannareid100 has aged well.”

Weather forecaster Laura Tobin, 38, also got in on the action by posting a picture of he first headshot on Twitter.

Along with the photo, she wrote a celebratory comment for the 60th anniversary of the Television Centre: “I worked there from 2007-2012 at the BBC weather centre.”