PIERS Morgan WON'T appear on Good Morning Britain today but he has sent his wife Celia Walden instead – to promote her book.

The powerhouse presenter stormed off the ITV show in March over a row about Meghan Markle, but he yesterday won an Ofcom complaint which said he was "entitled" to his opinions. 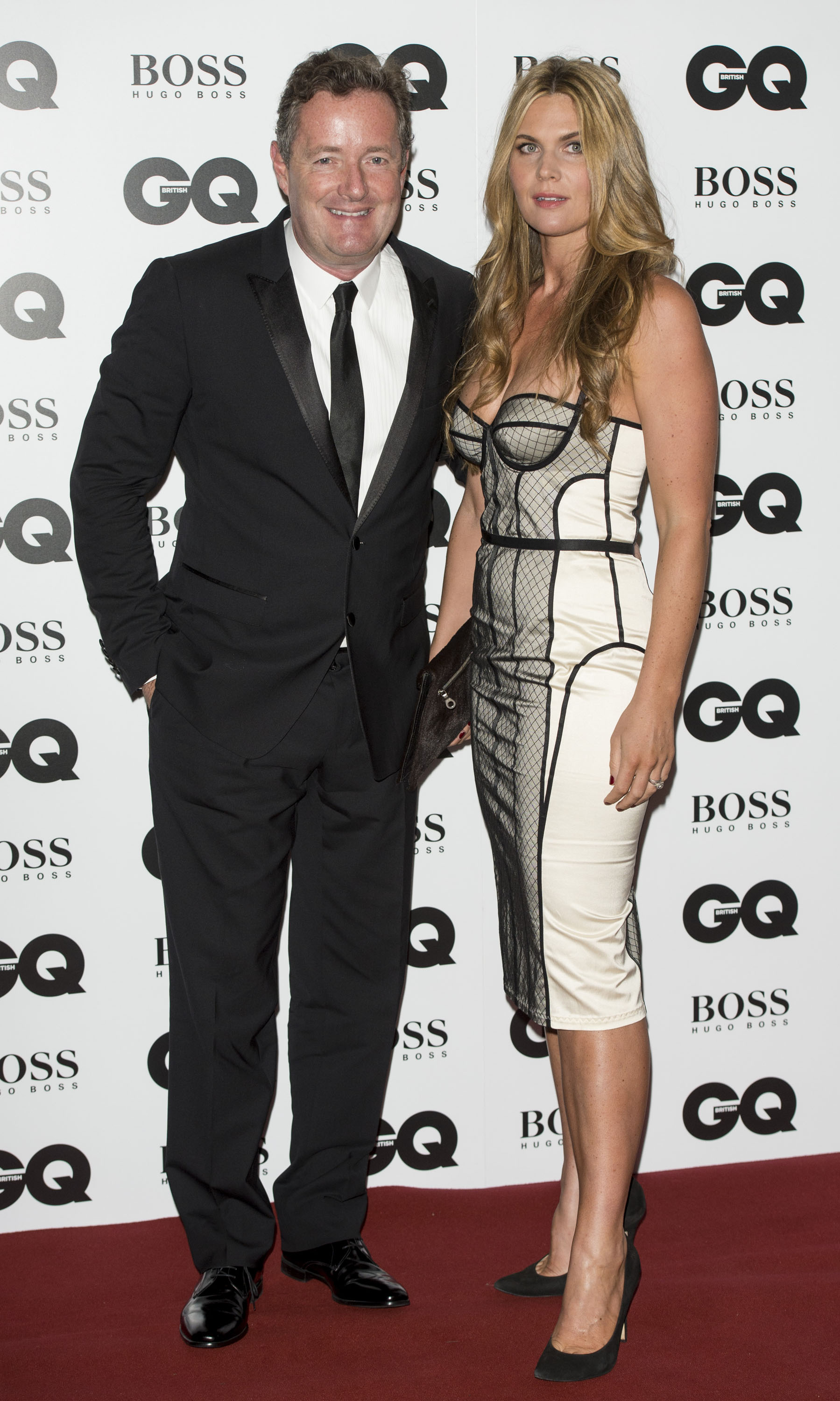 Susanna Reid said this morning: "He tweeted 'does this mean I get my job back,' but ITV effectively said he's not coming back.

"He's been inundated with offers, particularly after yesterday, so I'm sure he's got plenty of things to consider.

"We don't have Piers on the programme this morning, not because of a restriction on freedom of speech.

"We do have his better half, Celia Walden and she has written an absolutely terrific book about a ruthless man in the workplace with whom his colleagues have a love-hate relationship."

Piers' wife has appeared on the show to promote her new novel Payday – but she also hinted that her husband may be snapping up a new job soon.

She told GMB: "'He's got some irons in the fire.

"I don't think he's going to be kicking around the house for much longer."

Celia also joked that Piers would storm onto the set any moment while she was on air – adding that she hoped GMB had security at the ready.

The telly star said that it was "quite a moment" when co-star Piers sensationally quit the ITV show in March following a heated debate about the Duchess of Sussex's mental health.

Speaking for the first time since the landmark Ofcom win, Susanna said that she felt "awkward" being stuck in the middle during the complaint.

The presenter also confirmed that Piers wouldn't be on the show this morning – or be returning to his job on Good Morning Britain.

She revealed this morning on GMB: "What struck me about the Ofcom ruling, on the one hand, I've got my friend Piers Morgan, and on the other, I've got my bosses at ITV.

"So it's slightly awkward for me right now."

Susanna then confirmed the ITV ruling that Piers will NOT be returning to the show – but when she was asked if she was "devastated," the presenter simply said: "it was quite a moment, wasn't it."

Piers, 56, stormed off after accusing Meghan of lying to Oprah Winfrey when she said she had previously felt suicidal.

Meghan, 40, and Harry, 36, personally lodged a complaint against Piers to ITV and Ofcom about his outburst.

But yesterday the media watchdog declared Piers was within his rights to share his thoughts on TV.

The regulator said he was "entitled" to say he didn't believe the Sussex's claims, and restricting his strong views would be an "unwarranted and chilling restriction on freedom of expression".

Immediately after the verdict, Piers shared his delight on Twitter – even jokingly asking for his job back.

He posted: "I’m delighted Ofcom has endorsed my right to disbelieve the Duke & Duchess of Sussex’s incendiary claims to Oprah Winfrey, many of which have proven to be untrue.

"This is a resounding victory for free speech and a resounding defeat for Princess Pinocchios. Do I get my job back?"

More than 57,000 were lodged against him – the highest number in a decade.

This was more than double the number received in response to Diversity's Black Lives Matter performance on Britain's Got Talent in October last year – the most complained about TV moment of 2020.

Ofcom launched an investigation into the GMB episode a short time later under "harm and offence rules."

It looked into Piers' dismissive comments about Meghan's claims to have had issues with her mental health during the show.

He even claimed he didn't believe she was left feeling suicidal.

In the interview, Meghan told how life as a royal became unbearable and she "didn't want to be alive anymore".

The Duchess of Sussex said she begged for help but was told she would not be able to seek help as it "wouldn't be good for the institution".

But Piers had no sympathy for the then-pregnant royal and ranted on the ITV breakfast show: "Who did you go to? What did they say to you?

"The fact she has expressed an onslaught against our Royal Family is contemptible."

The day after he made the comments – Piers announced he wouldn't be returning to the show following his colleague Alex Beresford's monologue criticising him for continually attacking Meghan.

A statement released by Ofcom yesterday said: "This interview became a major international news story and we acknowledged it was both legitimate and in the public interest for ITV to broadcast debates featuring presenters such as Mr Morgan scrutinising those allegations including the veracity, timing and possible motivations of the claims.

"Consistent with the right to freedom of expression, broadcasters can portray strong views on the matter, including views casting doubt on the claims made.

"Ofcom is clear that, consistent with freedom of expression, Mr Morgan was entitled to say he disbelieved the Duke and Duchess of Sussex's allegations and to hold and express strong views that rigorously challenged their account.

"The Code allows for individuals to express strongly held and robustly argued views, including those that are potentially harmful or highly offensive, and for broadcasters to include these in their programming.

"The restriction of such views would, in our view, be an unwarranted and chilling restriction on freedom of expression both of the broadcaster and audience."

I didn't believe Meghan Markle is looking stronger by the day. And for the record, I still don't believe her.

An Ofcom spokesperson added: "This was a finely-balanced decision. Mr Morgan’s comments were potentially harmful and offensive to viewers, and we recognise the strong public reaction to them.

"But we also took full account of freedom of expression.

"Under our rules, broadcasters can include controversial opinions as part of legitimate debate in the public interest, and the strong challenge to Mr Morgan from other contributors provided important context for viewers.

"ITV might consider the use of timely warnings or signposting of support services to ensure viewers are properly protected."