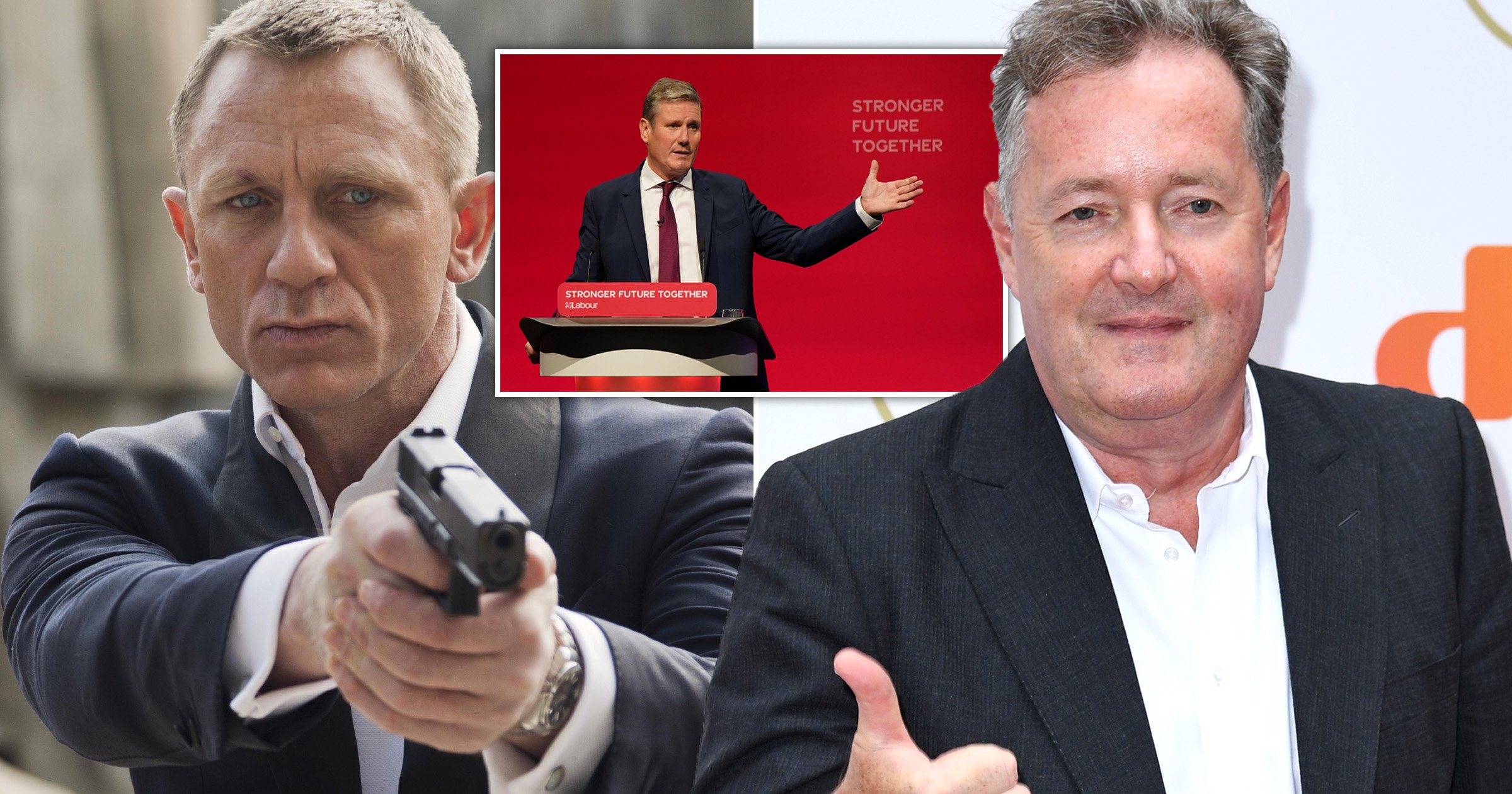 Piers Morgan has hit back at Sir Keir Starmer after the Labour leader weighed in on the James Bond casting debate, saying a woman should be cast in the role.

Basically, the former Good Morning Britain host isn’t having any of it.

While it’s still up in the air as to who will take over from Daniel Craig after his final outing as 007 in No Time To Die, Piers is adamant it shouldn’t be a woman.

Referencing Mr Starmer’s comments, Piers said: ‘Yes, you heard that right; one of Europe’s most senior politicians is publicly advocating for the most famous male spy in history to have a sex change.

‘He had no reason to do this.’

The presenter referenced Daniel’s stance on the topic, with the actor previously saying: ‘Why should a woman play James Bond when there should be a part just as good as James Bond, but for a woman?’

Praising Daniel’s words, Piers went on to write in his MailOnline column: ‘In other words, putting a less sensitively worded spin on their advice: create your own bloody spies, ladies.’

His comments came after Mr Starmer said: ‘I don’t have a favourite Bond but I do think it is time for a female Bond.’

Phoebe Waller-Bridge, who was brought on as a writer of No Time To Die previously said: ‘I think Bond is James Bond. We just need to cook up someone to rival him.’

Her thoughts echo that of producer Barbara Broccoli who simply told PA: ‘James Bond is a male character.

‘I hope that there will be many, many films made with women, for women, by women, about women.

‘I don’t think we have to take a male character and have a woman portray him. So yes, I see him as male. And I’m sort of in denial, I would love for Daniel to continue forever.’