Outlander: Why was Oscar Kennedy replaced as Lord John Grey?

Actor David Berry was introduced to Outlander in season three as Lord John Grey with Jamie Fraser (played by Sam Heughan) finding himself encountering the English soldier while doing time at Ardsmuir Prison. Both in the Starz series and Diana Gabaldon’s novels, Lord John has become a well-loved figure who pops up often in Outlander. However, before Berry took on the role of Lord John, the character portrayed in his younger years by Oscar Kennedy.

Why was Oscar Kennedy replaced as Lord John Grey in Outlander?

The child star played a 16-year-old version of Lord John with the character turning up in the season two episode Je Suis Prest.

A teen incarnation of Lord John stumbled across Jamie and Claire Fraser’s (Caitriona Balfe) camp, and wrongly believed they were holding an English woman hostage.

Jamie turned the tables on the youngster by presenting Claire was their captive and used the boy’s naivety to extract some important information.

Lord John was eventually let go by Jamie with nothing but a bruised ego, something which would save the Highlander’s life later on when he avoided execution after the Battle of Culloden. 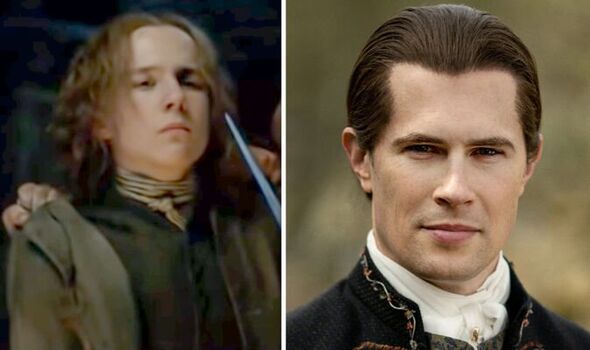 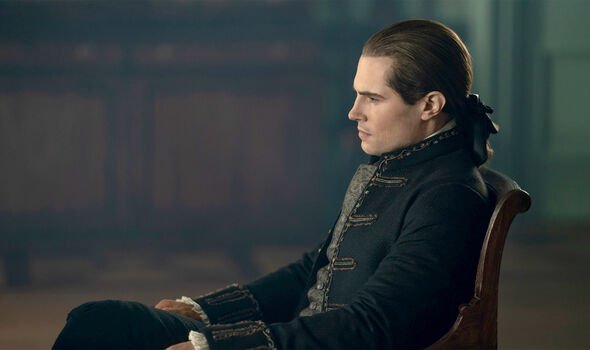 Kennedy’s character name was William Grey to throw fans off the scent initially about his identity.

The young English actor had previously starred in Starz’s historical drama The White Queen when he landed the role in Outlander.

The British star wasn’t the only cast member to be replaced by an older actor, César Domboy took over Fergus Fraser from Romann Berrux and Sophie Skelton played the adult Brianna Fraser after Gemma Fray portrayed Bree as a young girl. 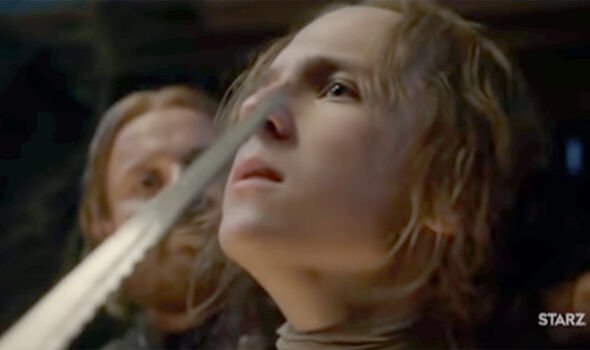 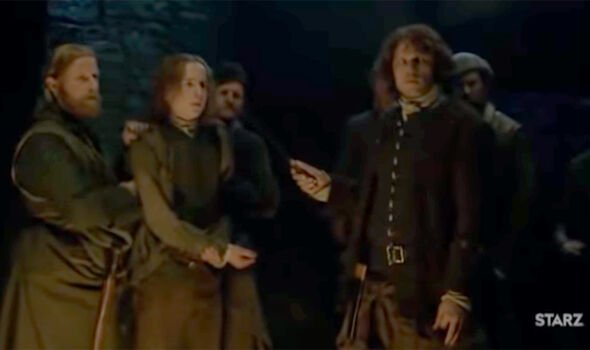 Most recently, it was confirmed Canadian actor Charles Vandervaart will be taking over as William Ransom from child star Oliver Finnegan.

Like most shows, Outlander will often age up its characters with a recast and an older actor taking on a role.

Kennedy has had a thriving acting career since leaving Outlander, going on to star in Decline and Fall, Bliss, Home from Home, Wreck, and Ladhood.

Lord John continues to be an important part of Outlander and will be appearing in the upcoming seventh season.

William and Lord John will be turning up at Fraser’s Ridge as the American Revolutionary War is looming with Jamie and Claire facing a conflict on their doorstep.

Season six saw Lord John back again in the drama with Berry revealing he nearly didn’t appear in the new series due to the coronavirus pandemic.

He said: “For me, it meant travelling outside of Australia at a time when we didn’t have any Covid at all,”

“And of course, other Australians were being stranded overseas for long stretches of time. So to leave the country seemed like a huge risk.”

He added to news.com.au: “The idea of going over there was extremely daunting. There was a personal risk of catching it, I don’t think we understood the disease very well then.”

But the star did decide to go to the UK to film the two episodes but had to quarantine in a hotel for a month.

Lord John also has his own novellas as well which sees him solving cases on his own.

There have been questions over whether Lord John will be getting his own series as Starz expands its Outlander portfolio.

However, when asked about the possible show, actor Berry wouldn’t be drawn on any details.