Outlander: What was it like to film the Culloden scenes? Sam Heughan on ‘chilling’ moment

Clanlands is a new book written by Sam Heughan and Graham McTavish, which sees the Outlander co-stars traverse Scotland learning about the country’s history. Along their travels, the pair visited the battlefield of Culloden, which fans of the show will know holds a special place in the series. Express.co.uk spoke exclusively to the pair about how they found this and what memories it brought up.

What was it like to film the Culloden scenes in Outlander?

The Battle of Culloden took place on April 16, 1946, marking the end of the Jacobite uprising.

This was one of the bloodiest battles of the period and while it only lasted around an hour, it saw between 1,500 and 2,000 Jacobites killed.

The moment in history is depicted in graphic detail in the Outlander series in season two.

In the world of the books and the series, the battle saw the deaths of many of Jamie Fraser’s (played by Sam Heughan) compatriots. 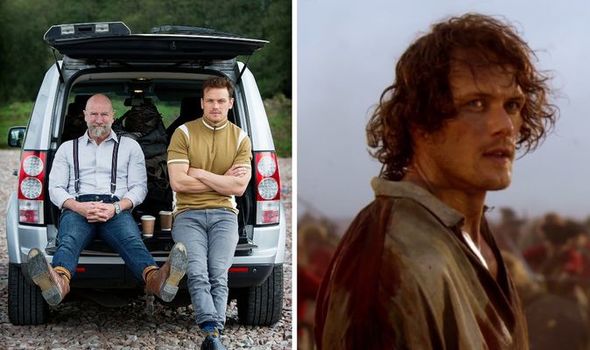 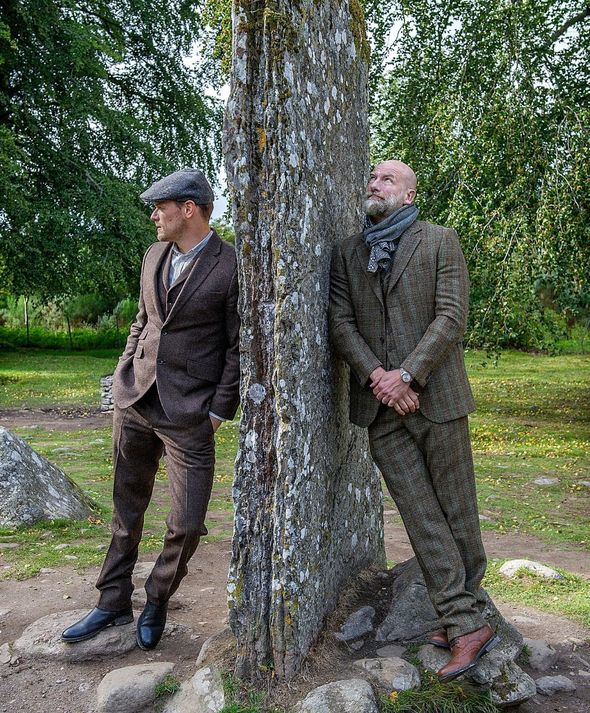 As well as this, it was behind the decision for Claire Fraser (Caitriona Balfe) and Jamie to part ways for many decades and was almost where Jamie drew his last breath.

Given its importance to Scottish history and the television series the stars are known for, it was an essential destination on Heughan and McTavish’s trip around the country.

Clanlands dedicates a whole chapter to the area and its history as the pair tell its story and impact on them.

In a moving passage, the two actors speak about travelling to Drumossie Moor and the significance of their journey. 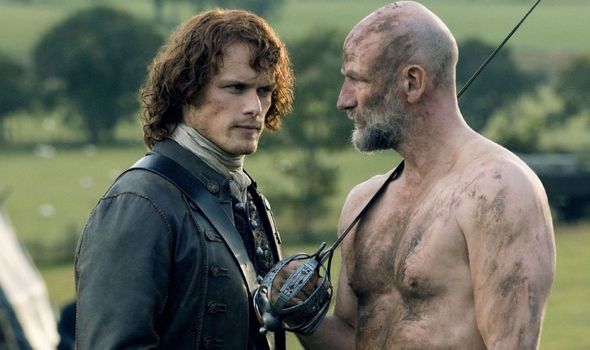 Express.co.uk recently had the opportunity to speak to the pair about their new book and what visiting Culloden meant to them.

Speaking about filming the scenes of Culloden on Outlander, Heughan explained how he found it both “moving” and “chilling”.

He said: “Filming the Culloden sequence on Outlander was very moving.

“It’s a huge turning point in British history. Scotland and the Gaelic/Highland culture was greatly affected at the same time. 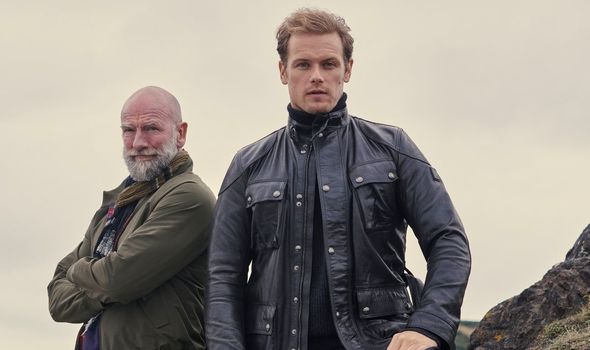 “Yet it’s the individual characters you learn about that make it really moving.

“Imagining being there, facing those circumstances. Chilling.”

McTavish felt much the same, adding how he made him imagine being in the soldiers’ place at the battlefield.

He continued: “The temptation is to romanticise Scottish history.

“The reality was more complex and more interesting. I often tried to imagine myself with those warriors at Culloden.

“Freezing cold, soaked from rain the night before, hungry, facing thousands of British troops armed with cannon and disciplined musketry.

“To charge forward for between 400 to 700 yards under withering fire takes a particular bravery.

“One that led Highlanders to be the shock troops of the British Army for the next two hundred years.”

Readers can learn more about this experience as well as other parts of Scottish heritage in Clanlands now.

Clanlands was released on November 3 and is published by Hodder & Stoughton.

Outlander seasons 1 to 5 are available to stream on Amazon Prime Video.