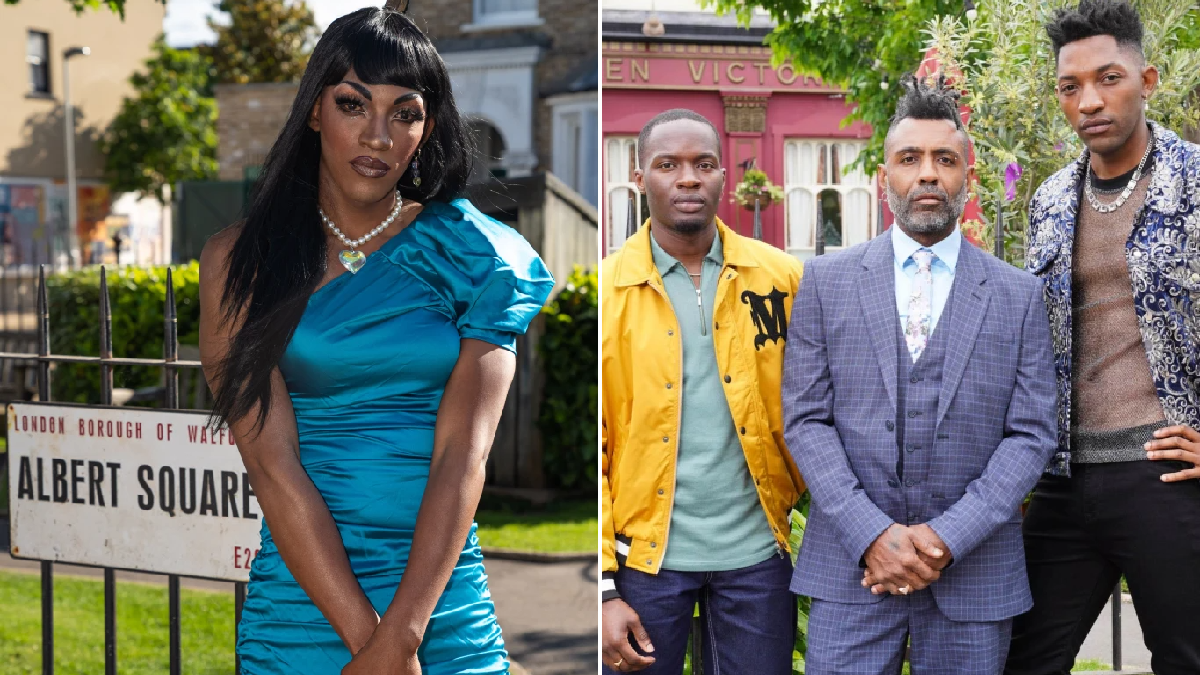 EastEnders fans have described the imminent arrival of drag queen character Tara Misu as ‘iconic’ and ‘exciting’ – with some previously lost viewers proclaiming that they are ‘going to start watching again’.

The soap confirmed the casting of its first ever regular drag queen character, who is the alter-ego of newcomer Felix Baker (Matthew Morrison).

After watching a video of Matthew being coached into his role of Tara by Ru Paul’s Drag Race UK icon Vinegar Strokes, fans were delighted and soon shared their responses on Twitter.

And the consensus was strongly in favour of the newcomer.

Twitter user @HausOfEnders exclaimed: ‘Been watching #EastEnders religiously since the year 2000, I’ve had many favourite characters over the years but I think I’m about to have a new fav’.

@misheybabz_ was not on the fence either, tweeting: ‘IM HERE FOR THIS YESSS BRING IT ON KWEEN’ while @FehnAdam declared it ‘the best EastEnders news in a long long time.’

The family’s arrival can be watched in full on BBC iPlayer from 6am on Monday July 4. Episodes will play out at 7:30pm on BBC Two from Monday-Thursday.