Money Heist season three picked up where the second series left off with just as much drama and high-octane action. The Netflix Original series, originally titled La Casa de Papel, centres around eight thieves who seemingly have no prior knowledge of one another work together to pull off the biggest heist in Spain’s history by robbing and taking hostages inside the Royal Mint of Spain. However, following a tense cliffhanger in season one and with fans wanting to refresh their memories, here’s a full recap of what happened in Money Heist series two.

What happened in Money Heist season 2?

Money Heist’s second series began with the police seemingly on the tails of El Profesor (played by Álvaro Morte).

The ending of season one led fans to believe the plan was moments away but quickly in the second series it’s established El Profesor had other ideas.

El Profesor had managed to sneak into Toledo House before the cops and plant a number of red herrings, giving him and his crew much more time to pull off the robbery of a lifetime.

However, with the cops seemingly dumbstruck by El Profesor’s tactics, one of his own crew members began providing problems.

Police pounced and Tokyo was arrested while the rest of the crew remained inside.

IS MONEY HEIST BASED ON A TRUE STORY? 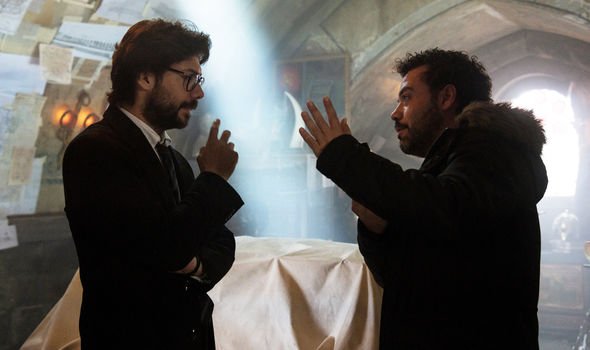 Elsewhere, Raquel (Itziar Ituño) was still unaware that she was involved in a romantic relationship with the man behind El Profesor’s name.

In an attempt to discover El Profesor’s identity, she conjured up a plan that Ángel (Fernando Soto) had woke up after his dramatic demise in season one in order to get the mastermind to the hospital.

El Profesor managed to outsmart Raquel, masquerading as a clown and visiting the hospital to see it was a trap.

However, the clown costume appeared to be El Profesor’s downfall after Raquel spotted a strand of hair from the wig on their date.

Raquel and El Profesor’s romance took a back seat and he was captured and kidnapped before being moved to Toledo House.

WHO IS IN THE CAST OF MONEY HEIST SEASON 3? 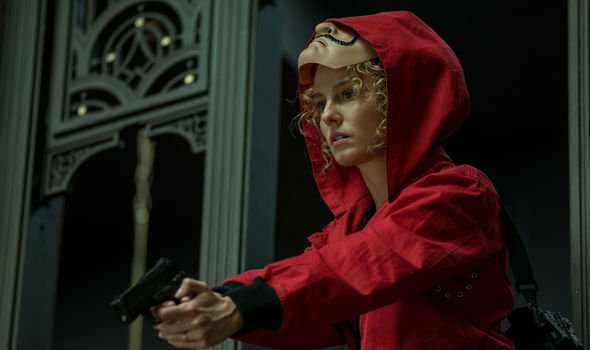 Meanwhile, Oslo (Roberto Garcia) is killed by Helsinki (Darko Peric) as an act of mercy.

Outside of the Mint, Tokyo was being transported to prison when the van was hijacked.

Tokyo was supposed to hide out in an isolated hangar but, with El Profesor kidnapped by Raquel, she had no way of making sure the plan is still the same.

Instead, Tokyo made contact with Rio (Miguel Herrán) and convinced him to let her back into the Mint.

Rio and Moscow conduct a plan to open the Mint doors and Tokyo flew back into the mint in an elaborate, albeit unrealistic, motorbike stunt.

Moscow, however, was shot in the process while trying to cover Tokyo and later dies as a result.

El Profesor managed to attack Raquel and leave her unconscious and rejoined the gang.

The police found Raquel and discovered her link to El Profesor, leaving them keen to arrest her as an accomplice.

WHERE IS MONEY HEIST SEASON 3 FILMED? 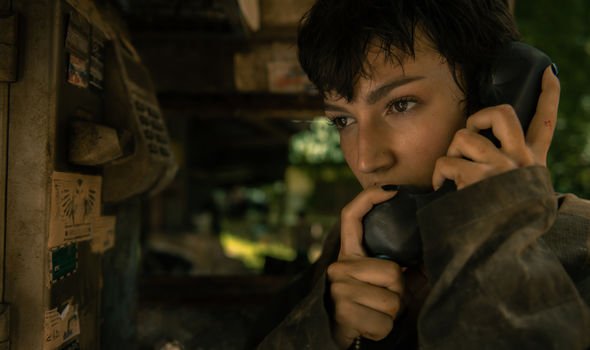 Before long, the tunnel was finished inside the Mint and it appeared all of the surviving heist members could escape.

However, the police finally broke into the Mint and Berlin sacrifices himself so the gang could escape.

It is then revealed Berlin and El Profesor have been brothers all along.

With each member on the run, the action was sent forward by a year to provide an update.

Raquel had remembered coordinates on a postcard left to her by El Profesor when they were dating.

She tracked him down to Palawan in the Philippines and their love story looked set to continue.

Money Heist season 3 is available to stream on Netflix now.