MEGAN Barton-Hanson and James Lock were pictured together last night for the first time since their hotel room bust-up in March.

The former couple were seen hanging out together at Shoreditch's Commercial Tavern after attending a film screening. 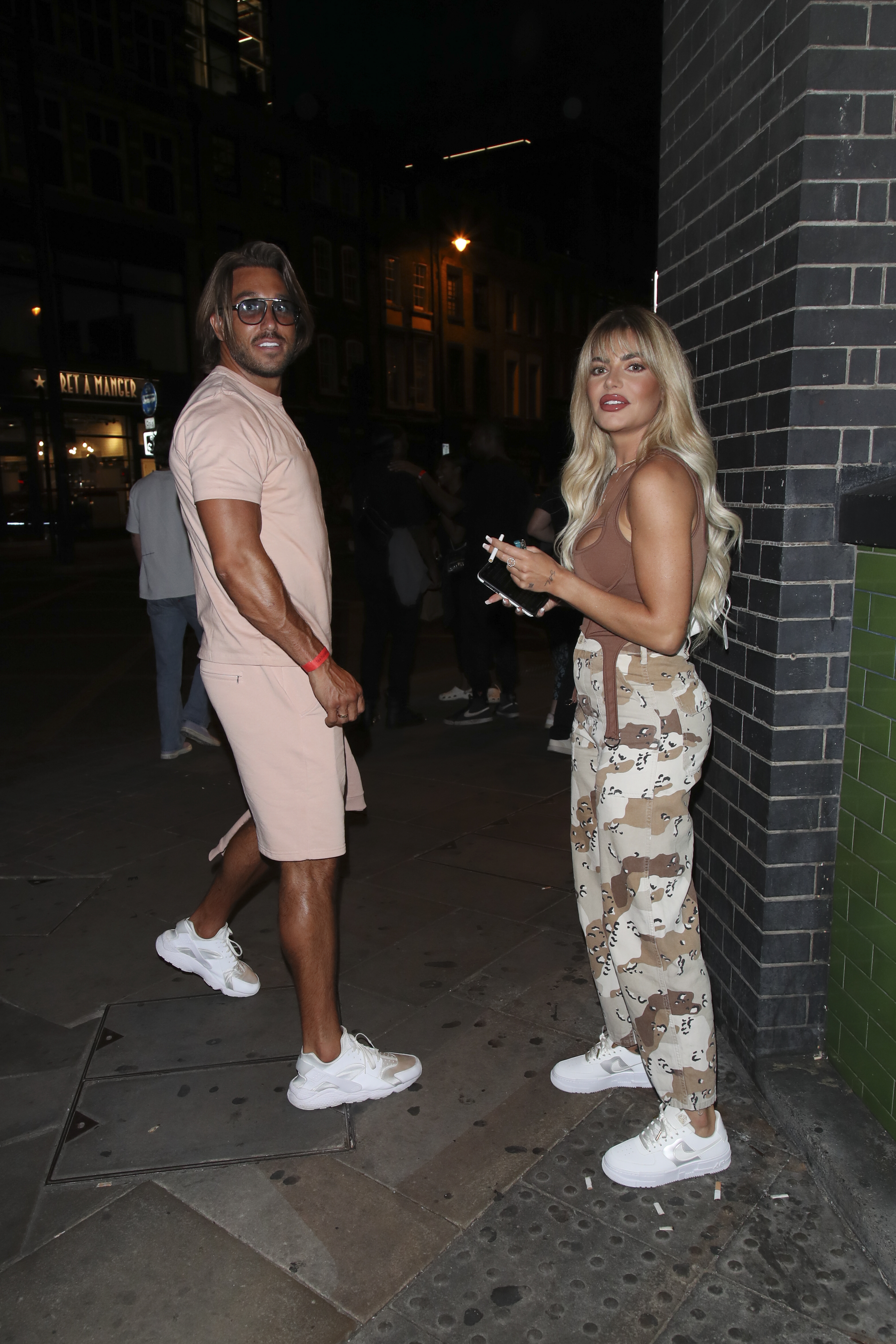 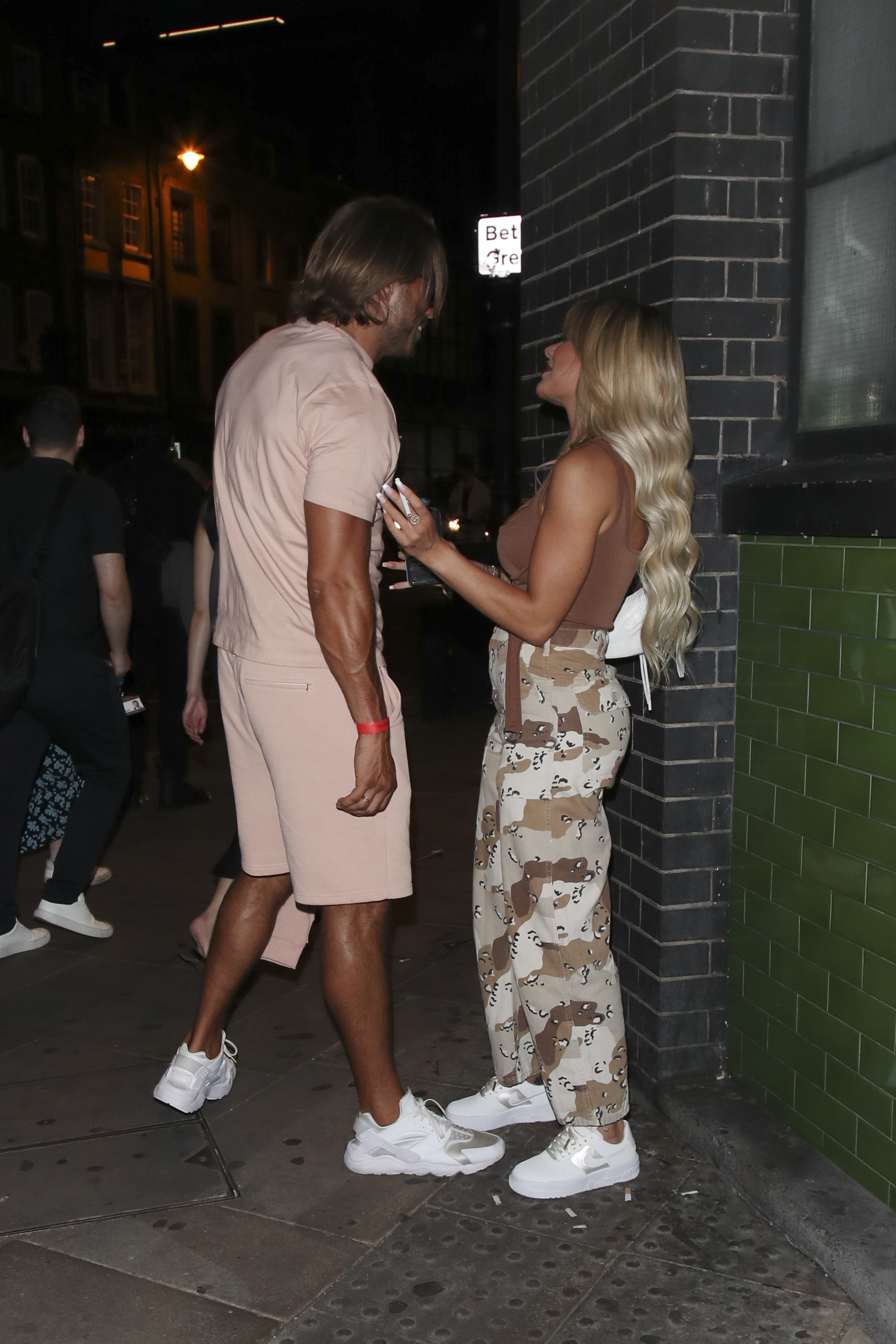 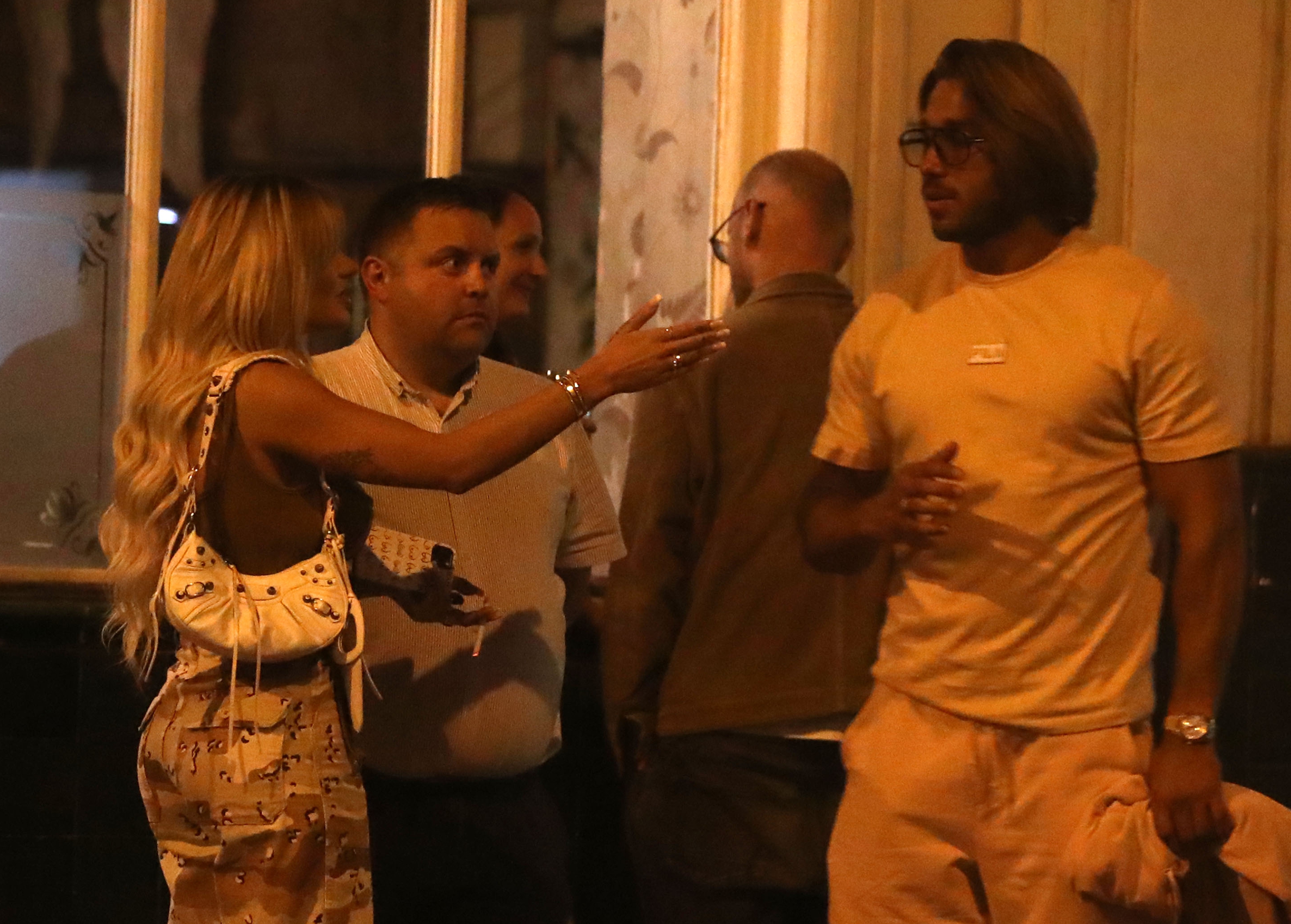 Megan, 28, looked upbeat as she smoked outside the venue with James standing close by.

The Love Island star had a full fringe and her long blonde hair fell over her shoulders. She wore camo trousers, a vest top and white trainers.

James, 35, looked bronzed in a salmon short and T-shirt combo.

They were seen enjoying drinks together, while later in the evening the pair looked to be having a very tense discussion with a third party outside. 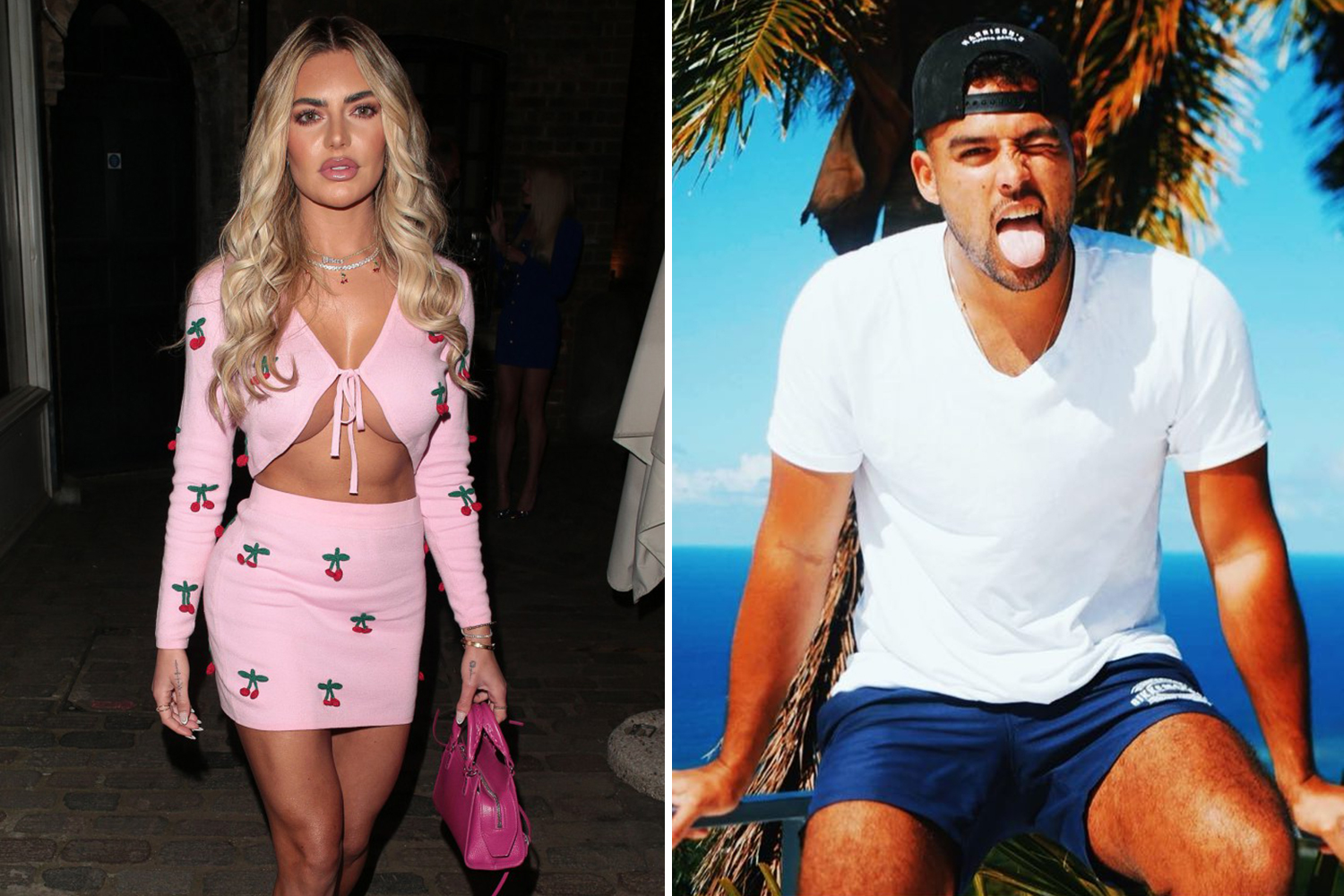 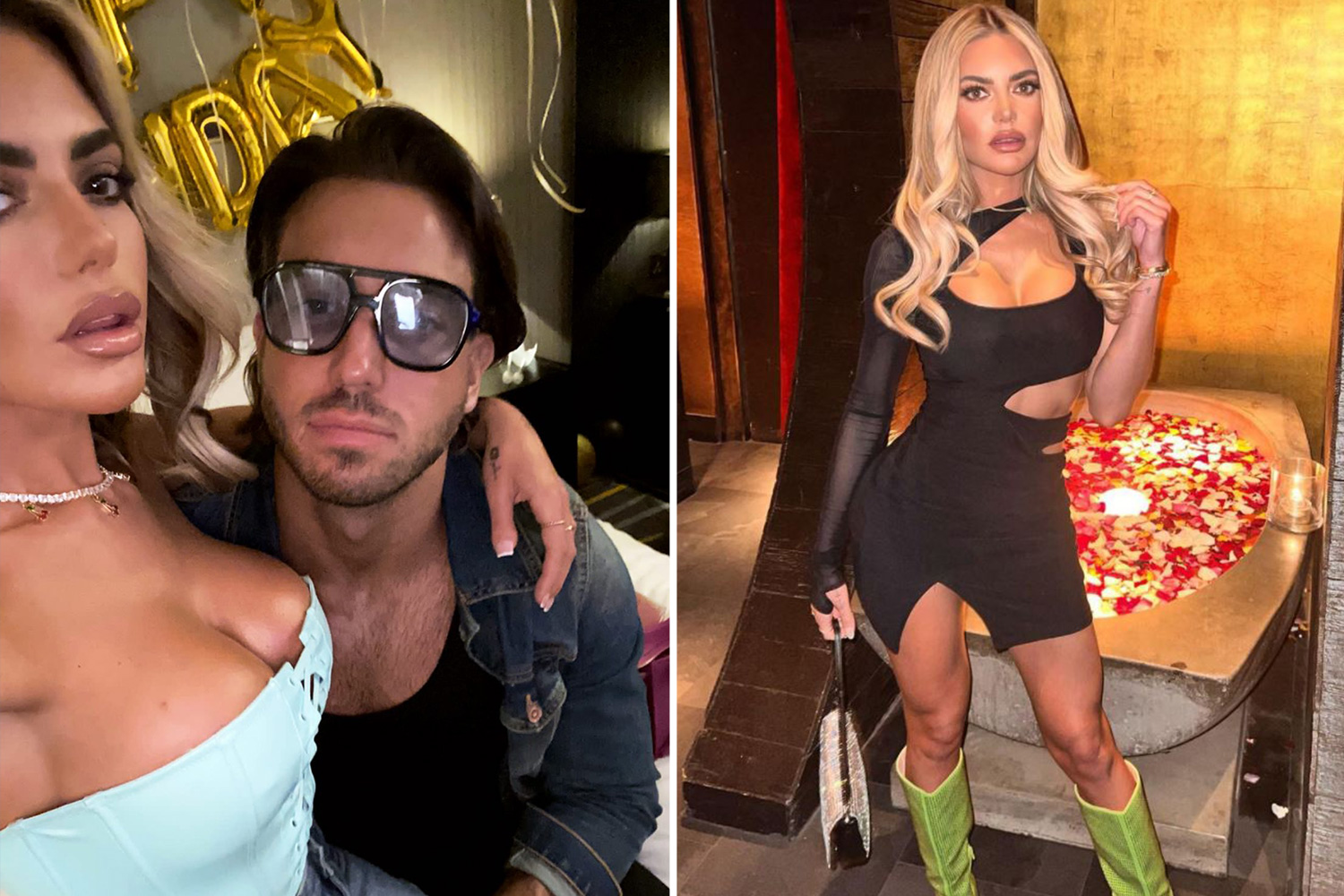 The night ended around 2am, and the exes were pictured leaving together.

The meet up comes a week after James and eight Towie co-stars were stopped from boarding a plane after misbehaving on a flight from Dominican Republic to Madrid.

The group refused to comply with the airline's policy of wearing face masks and openly vaped in mid-air. 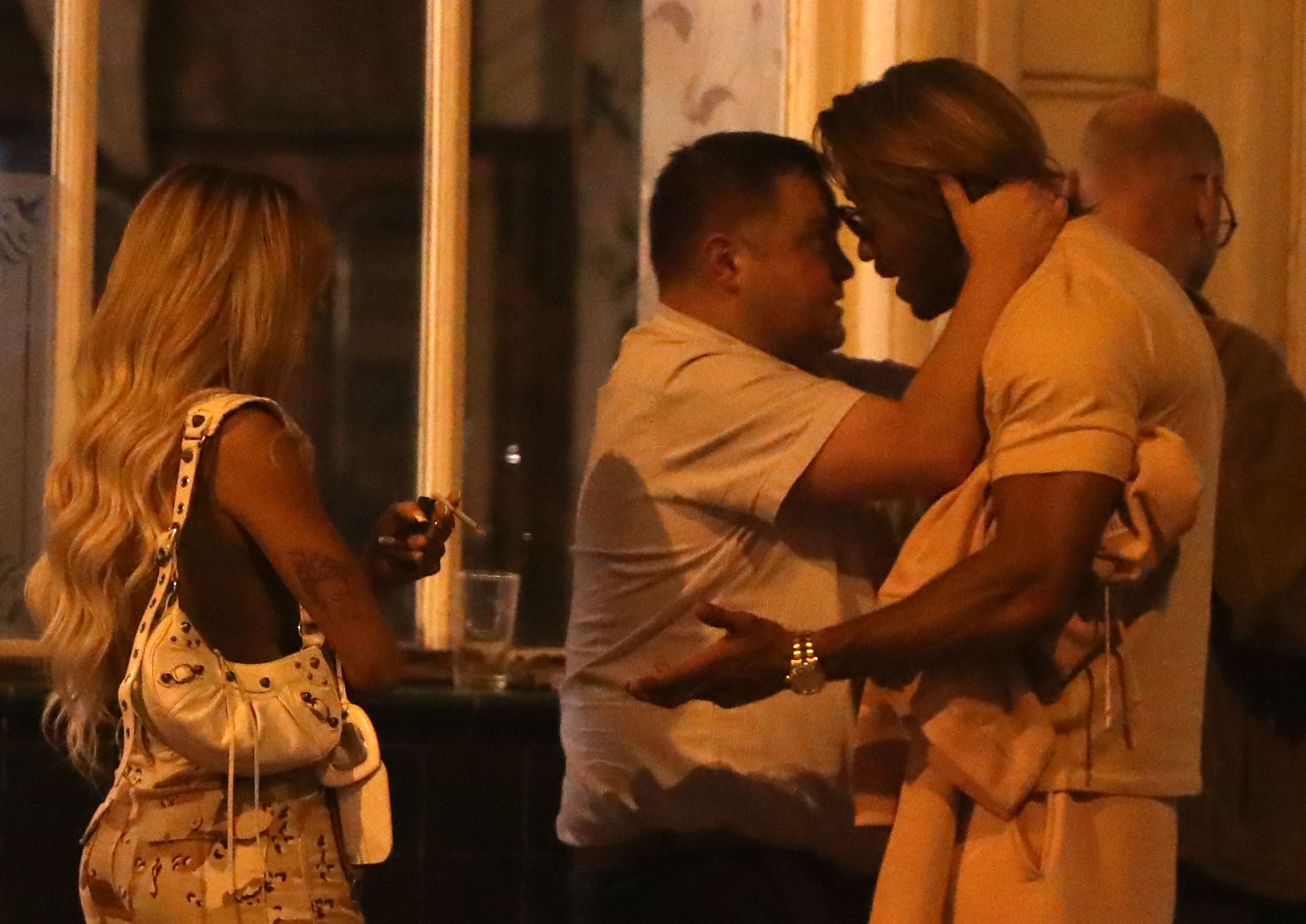 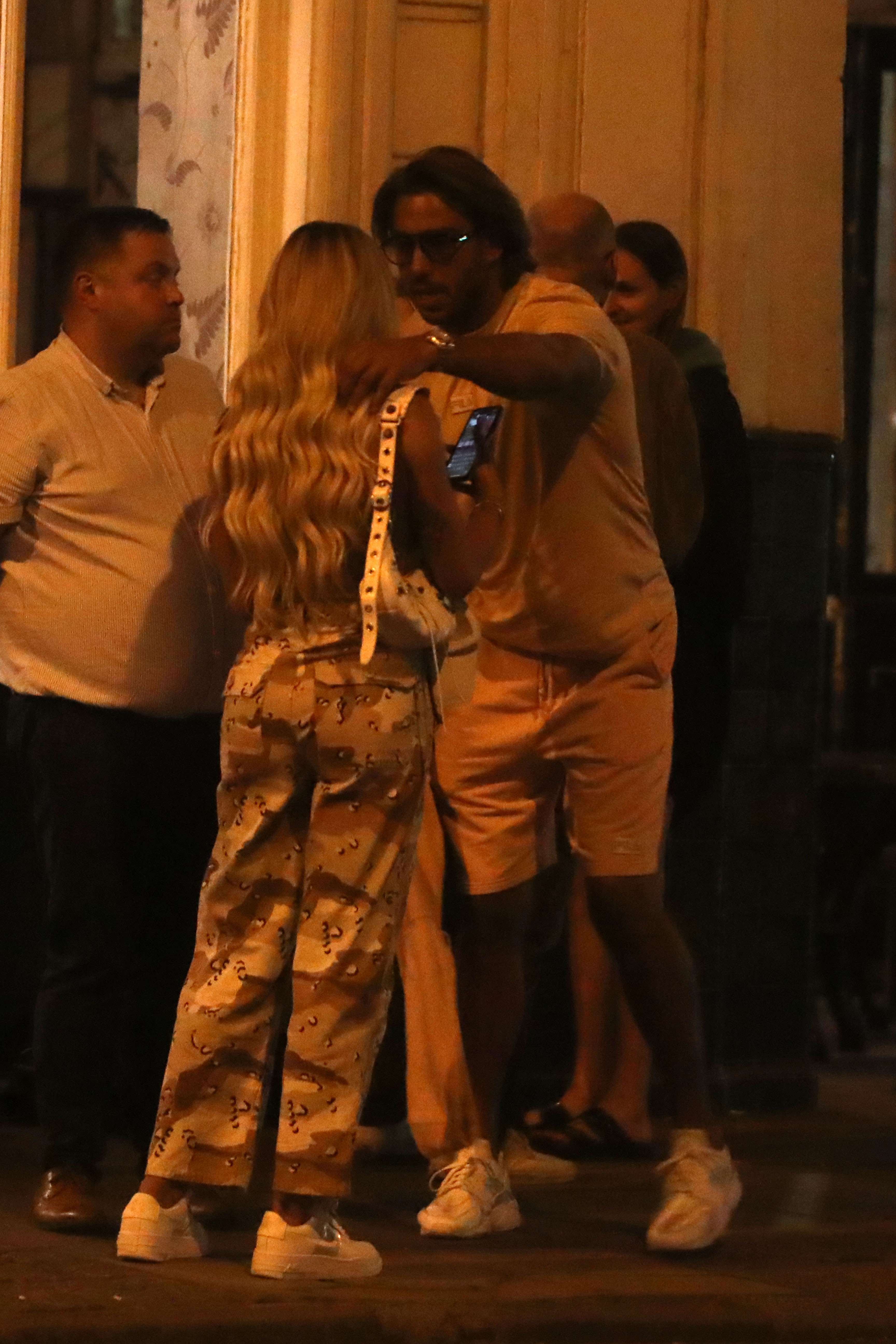 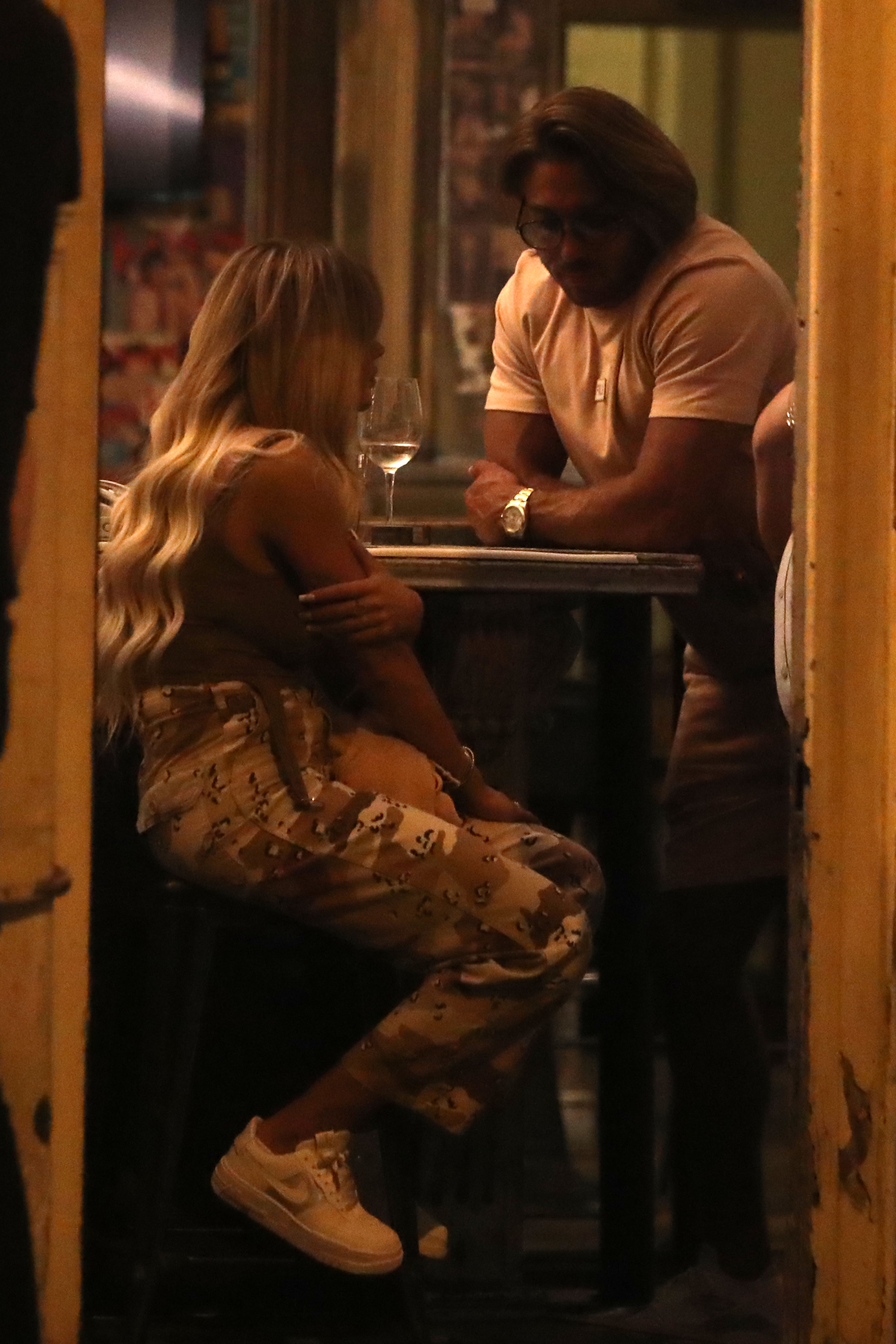 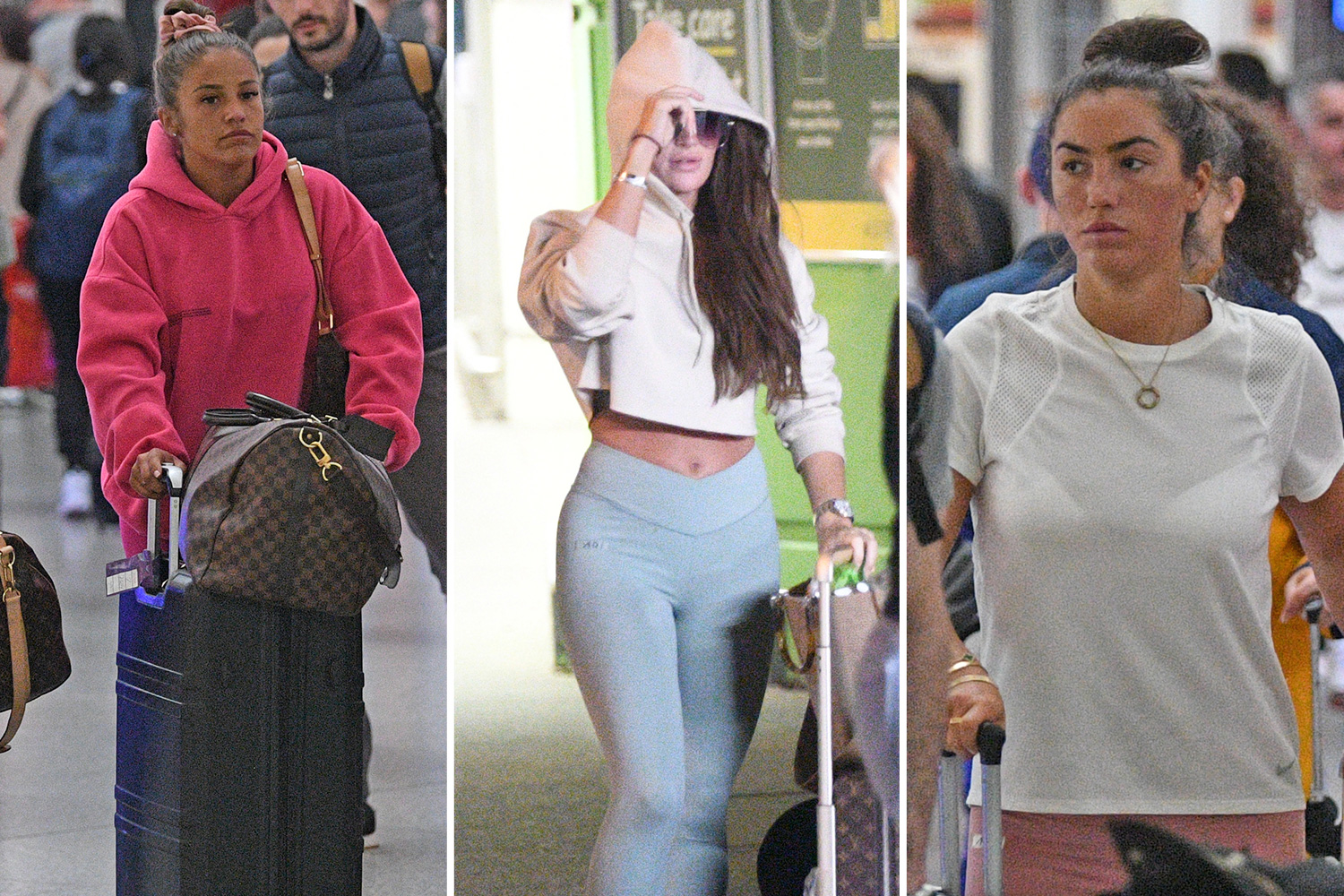 Meanwhile back in March we revealed how Megan alerted staff at the hotel she was staying at to call 999 during a nasty clash with James.

A source said: “Megan was shocked. It was all very aggressive.

“At one point, the hotel door was kicked. There was a lot of shouting.

“This all happened in broad daylight in a busy hotel. It was very dramatic and Megan’s hotel door was damaged in the chaos.

“It seems that James was given her room number.

“There is some suggestion that staff were shown pictures of the pair of them together and that he was handed a room key.”

Police were seen arriving outside shortly after workers dialled 999.

Megan is understood to have left the hotel before cops arrived.

During the evening, she and James both partied separately at nearby nightclub Bagatelle.

James was accompanied by a mystery blonde while Megan held hands with Life On Marbs star Adam Graham, 31.

A hotel source said: “Megan was horrified and she dialled reception asking for the police to be called.

“This was at around 10.30am so the hotel was busy. It was scary because he is a big guy and he was escorted out.

“It’s not nice for guests to see that and people were naturally a bit shaken afterwards.

“We’ve all been told to check for room cards from now.

“The hotel is for guests only. Security is in place to allow only those who have booked rooms access to the venue.” 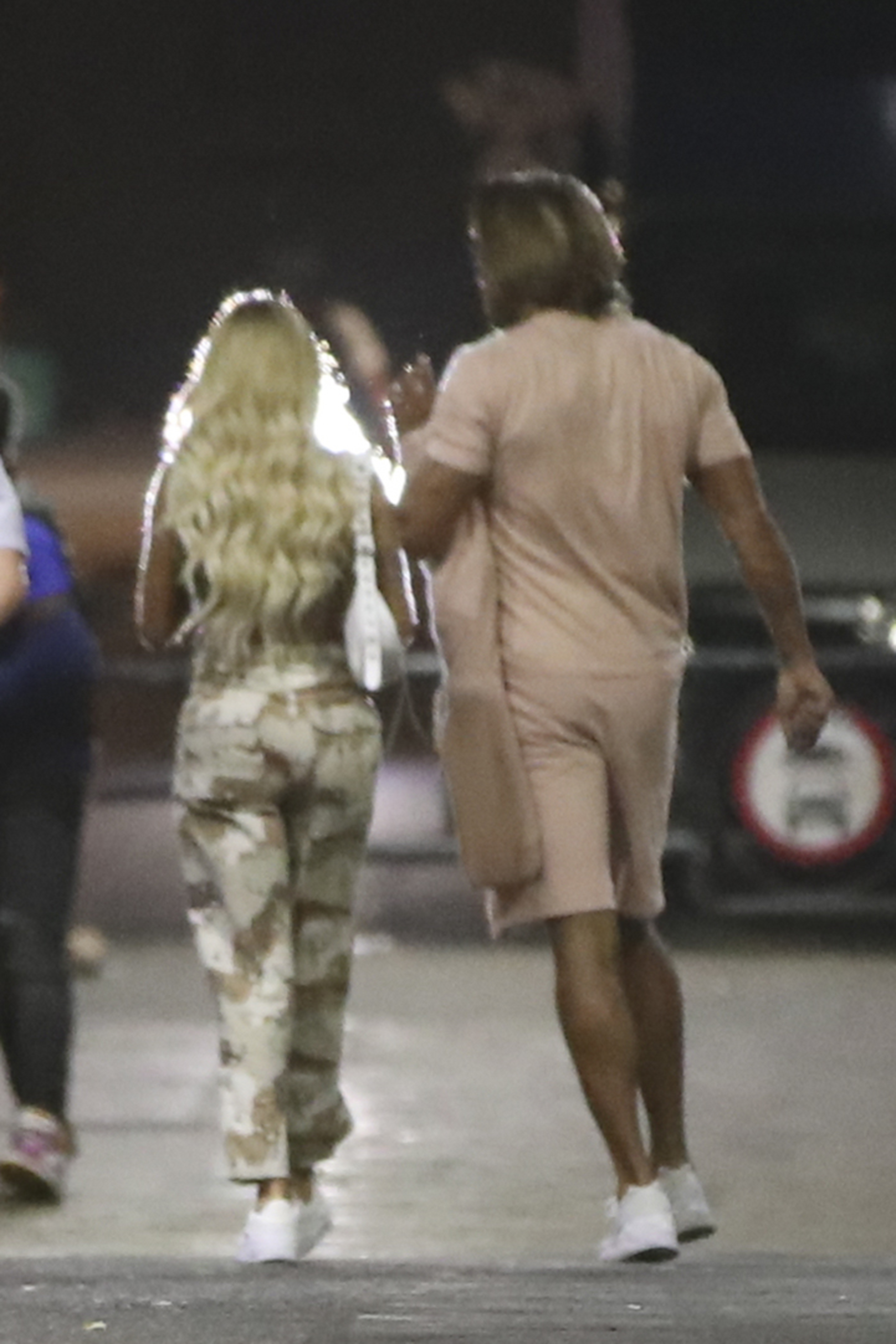 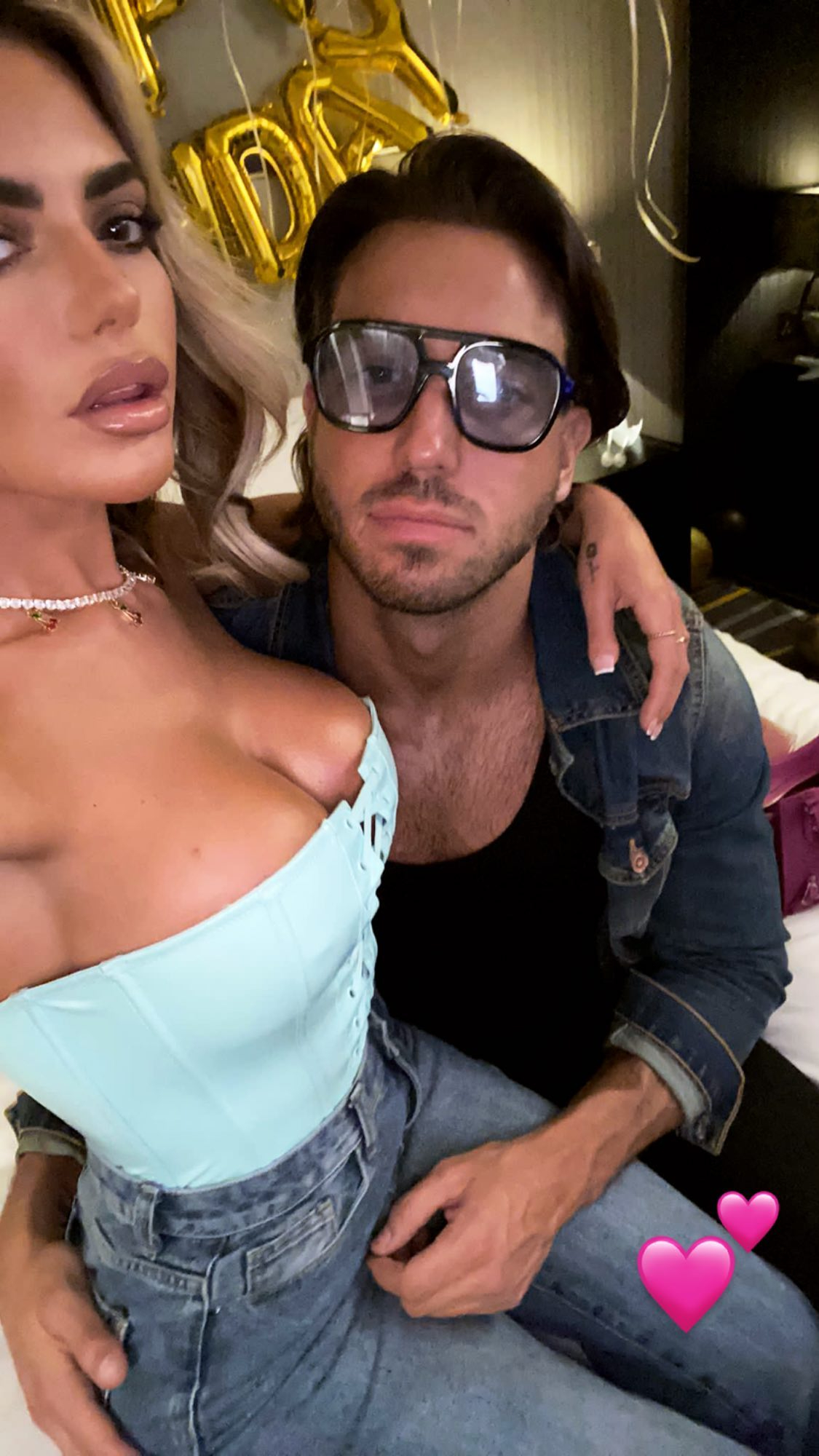