Awkafina is great, but does she hold her own against these MCU favorites? (Spoiler: yes) 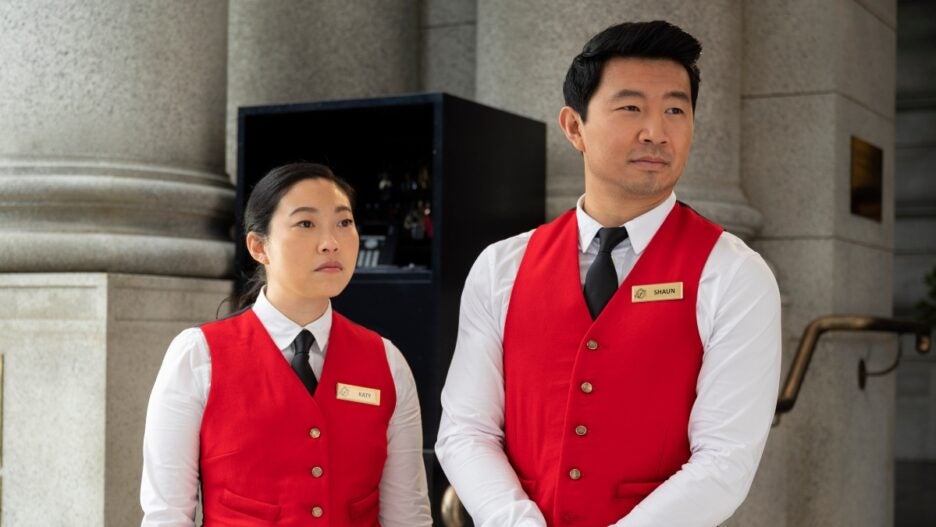 “Shang-Chi and the Legend of the Ten Rings” is here, and it’s only the second MCU film headlined by an individual of color. That makes it a great time to look back on our favorite MCU sidekicks — the role in which most of the franchise’s characters of color have ended up.

The token white guy among the protagonists in “Black Panther” is Martin Freeman and his unconvincing American accent. And honestly having a good CIA guy play a key role in this particular movie for no real story reason is, ah, questionable.

Like everything else in those first two “Thor” movies, this crew has a vibe that doesn’t really fit with the rest of the MCU. And not in an interesting and fun way like “Ragnarok” — a movie that killed off the Three early on.

She deserved better than be brought back as a joke in “Loki.”

Let’s hope they have her forget her accent like Wanda did, because it does not work for her.

I do always enjoy it when regular characters put themselves into terrifying superhero scenarios, like Maria does in “Captain Marvel” by flying into space to deal with the Kree. But otherwise she doesn’t make much of an impression.

This dopey and intractable government guy, and sidekick to Nick Fury, is kinda unique enough in tone in the MCU that I like him more now than I did then. But he’s still Coulson.

The “Thor Ragnarok” version of Sidekick Loki is amazing, but it’s important to remember that he was significantly less cool before Taika Waititi got involved.

I had high hopes for Incel Captain America’s best pal, but then he got fridged.

Does she count as a sidekick since she’s also technically a Loki? Anyway, she’s cool and all, but she’s pretty vanilla for having gone through everything she’s experienced.

Who knew that petulant teen Hulk in “Thor Ragnarok” would be easily the best version of the character?

“The Falcon and the Winter Soldier” was a pretty flat and lifeless affair overall — except when Zemo showed up for a couple episodes. His time was far too short.

Awkwafina and Simu Liu have legit screen chemistry together in “Shang-Chi,” and that chemistry is key to keeping “Shang-Chi” fun.

Nobody really gets to be all that charming on “The Walking Dead,” so it was delightful to see her show everybody that she’s got movie star chops in “Black Panther.”

It’s pretty annoying that MCU Spider-Man is rich, but he at least has his wonderful and hilarious guy in the chair Ned to keep him grounded.

She fully deserves to be Queen of the Asgardians.

Could anybody else be as good as Pena is in this role? I’m not convinced.