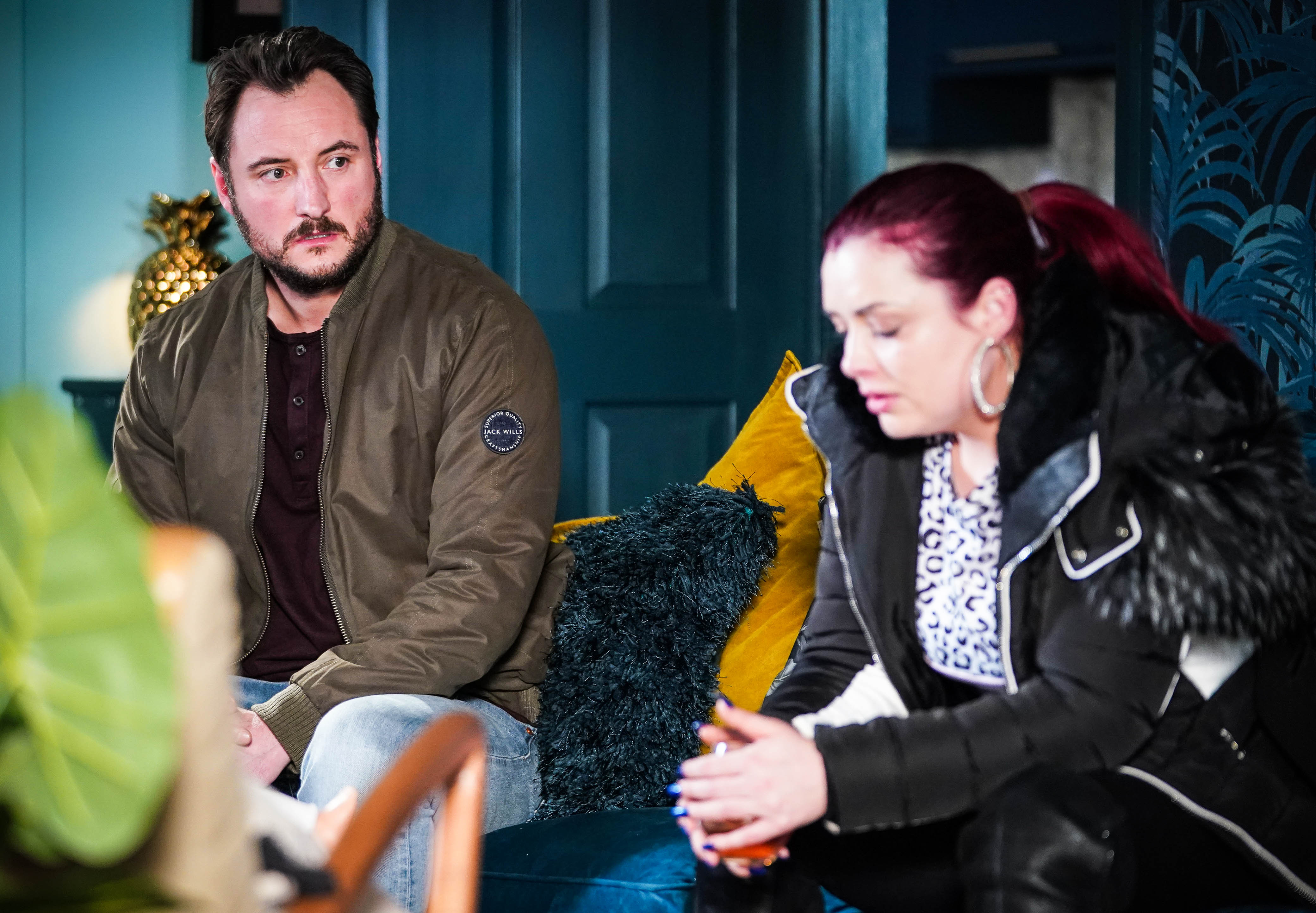 Gray was apprehended by the authorities after Whitney managed to track the killer down.

A manhunt had been launched to locate Gray, after he was named prime suspect in the murder of Tina Carter (Luisa Bradshaw-White), whose body was discovered in the Argee Bhajee.

Gray hoped to seek refuge at Karen Taylor’s (Lorraine Stanley) flat, but when the truth about how he murdered Chantelle (Jessica Plummer) was exposed, he found himself alone.

Whitney later spotted him trying to evade justice, and she subsequently gave chase, cornering him on the bridge which looks over the Square.

With nowhere left to run, Gray pleaded for Whitney to let him go, but when she refused to do so, he decided that he would rather die than go to prison, and thus attempted to jump from the bridge.

But Whitney held onto him with every fibre of her being, refusing to let him jump to his demise. In a bid to make her let go, however, Gray revealed that he had murdered Kush.

Whitney was heartbroken by the revelation, but despite everything, she held onto the killer long enough for Mitch Baker (Roger Griffiths) to give her a helping hand.

Gray was subsequently taken away by police.

The nightmare, however, is far from over, and Monday’s (March 14) offering of the serial drama deals with the fallout of Friday’s events, as word of Gray’s crimes make their way around the Square.

Martin, meanwhile, struggles to process the news that Gray was responsible for Chantelle and Tina’s deaths.

But he’s in for another huge shock, as Whitney pops over, and reveals that the killer also claimed Kush’s life.

Martin, as you can imagine, is stunned to the core.

Kush met his demise in April last year, when Gray pushed him in front of a train at a Tube station. Whitney and Martin had been under the impression that his death was a tragic accident.

EastEnders airs these scenes Monday March 14 at 7:30pm on BBC One.