Anna Valiki has been juggling two boys since she arrived back in the Villa.

Although she originally coupled up with Jordan Hames, the London pharmacist soon ditched the model in favour of Ovie Soko during her Casa Amor stint.

And since bringing back the towering basketball player to the villa, her eyes couldn’t help but wander back to the model.

Jordan, who is now single, has been trying to get back in Anna’s good books in order to win her over.

He admitted to her he had “slept on the day beds outside” in order to prove his loyalty, however, this was not the case.

After Anna left for Casa Amor he invited Jordanna to stay in his bed only hours later.

On tonight’s episode, the Kim Kardashian sacked off Ovie in favour of Jordan and his “loyalty”. 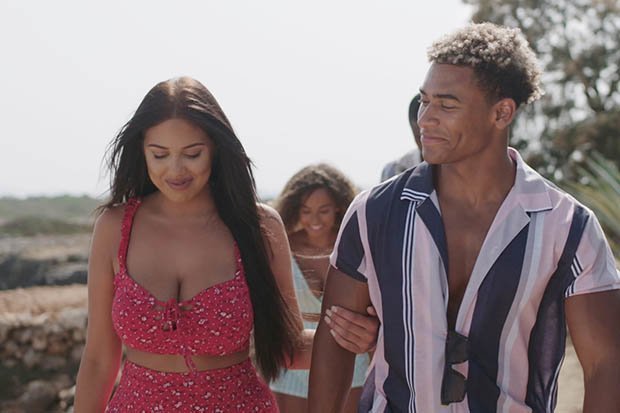 However, Anna is none the wiser about his bedroom daliance, with many fans thinking the relationship is set to be doomed when she finally finds out about Jordan and his duvet buddy.

One wrote: “I need to speak to the producers of Love Island. Please tell Anna Jordan wanted to crack on with Jourdan but got rejected.”

“Anna, Jordan is lying through his teeth,” a second fumed.