Four islanders will be kicked out of Love Island tonight as two couples are sent home.

As they celebrate, Maura Higgins receives a text.

This reads: “Can all Islanders gather at the fire pit immediately.”

This reads: “Can all Islanders gather at the fire pit immediately.”

It is revealed to the Islanders that the public have been voting for their favourite couple.

The three couples with the least votes are revealed and are told they are at risk of being dumped from the island.

Amber Gill and Jordan Hames are exempt though as they are single. 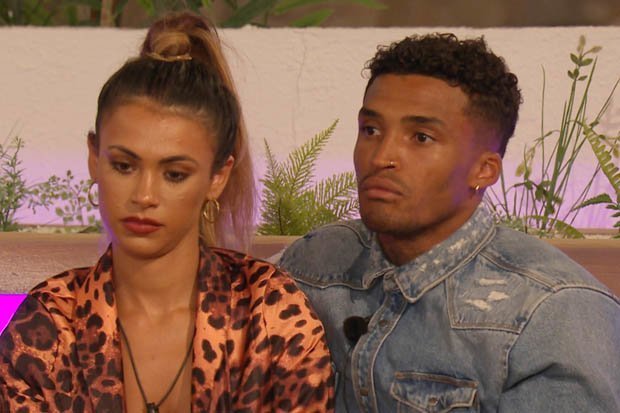 The three couples are revealed and they stand in front of the fire pit.

The couple with the least votes from the public is announced and they are dumped from the Island.

However, just as the remaining two couples think they are safe, Tommy Fury receives a text.

“The couple which stays and couple that is dumped will be decided by your fellow islanders.”

But who will be dumped from the Island?

Love Island airs weeknights and Sundays on ITV2 at 9pm.