'Love Is Blind' Season 4 Is Officially Happening, and It's Coming Sooner Than You Think

Get ready to head into the pods once again. And again. And again. After a two-year break between the first and second seasons of Love Is Blind, the Netflix dating show is returning for season 3 on October 19 (aka today!) only eight months after season 2.

But if you are already wondering whether yet another group of singles will be trying to find true love while chatting through a wall, then you’re in luck. Love Is Blind isn’t ending anytime soon. Here’s everything we know about the future of the addictive series.

Is Love Is Blind getting another season?

Sure is! In March 2022, after Love Is Blind season 2 concluded, Netflix announced the show was renewed for a fourth and a fifth season. Just think of how many opportunities that gives for contestants to find love/be left at the altar/accidentally become reality TV villains! 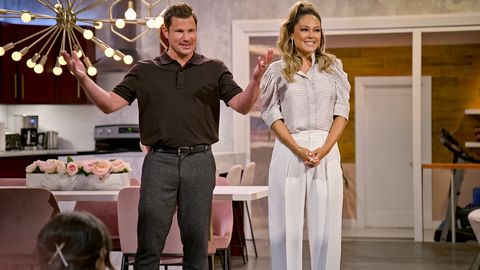 What can we expect from Love Is Blind season 4?

Well, you can expect what we’ve gotten from Love Is Blind so far: singles getting to know one another while not actually being in the same room as the person they’re talking to. Then getting engaged. Then meeting IRL. Then continuing their relationship or realizing they absolutely hate each other. Either/or!

As for what will be different about the new seasons, all we know so far from Netflix’s announcement is they will once again take place in new cities. Capitol Hill Seattle Blog reported in May that the show was filming in the city, so that seems promising. (A refresher: So far, season 1 was based in Atlanta, season 2 in Chicago, and the current season 3 in Dallas.)

When will seasons 4 of Love Is Blind premiere?

Unsurprisingly, there isn’t yet a premiere date for either season 4 or season 5 of Love Is Blind—season 3 is only just kicking off! But considering that production was already underway on season 4 earlier this year, that’s a good sign the wait won’t be long.

For now, you can get to know the singles of season 3 and—as is tradition with Love Is Blind—bond over your distaste for any fuckboys with fellow fans on social media.