Lorraine Kelly left flustered as GMB catch her out in epic blunder ‘I’m so sorry!’

ITV’s Good Morning Britain presenters Kate Garraway and Susanna Reid attempted to cut to Lorraine Kelly to discuss what was coming up in her show, but the screen was blank and Lorrain could be heard having a conversation. This led the presenters to laugh, asking “Where is Lorraine?” as the chat show host realised the mishap and apologised.

Susanna, introducing Lorraine, said: “Morning Lorraine.” Viewers then heard Lorraine’s voice saying: “See if they both get two right, which they very well might – have we got a tiebreaker?”

Susanna then said: “Where is Lorraine? We can hear her!” And Kate added: “I think we’ve cut in on some kind of parlour game!”

She joked: “In her studio having a little but of fun! Is this how you occupy your time while we’re banging on?”

The presenters then laughed, with Lorraine responding: “We’ve got a really funny quiz coming up,” but she broke off, laughing. 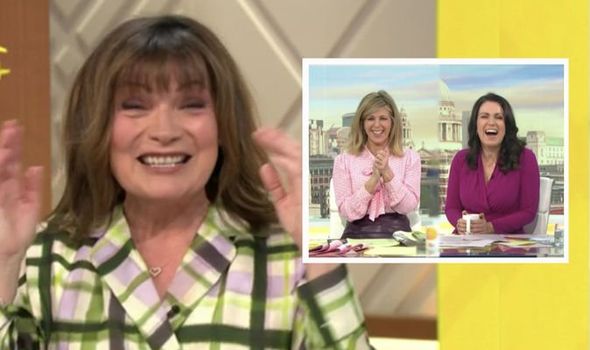 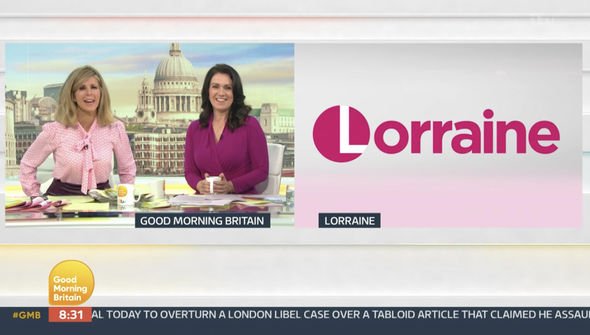 “I’m so sorry,” she added throwing her head into her hands. “That’s so bad.”

Susanna added: “Sounds like there’s a party in your studio Lorraine – if only it wasn’t for social distancing I was going to say we’ll join you!”

Regaining her composure, Lorraine then continued to explain what would be on her programme today adding: “Well, we have got – as Britney Spears’ court battle with her father continued overnight, we hear from podcasters fronting the Free Britney movement.” 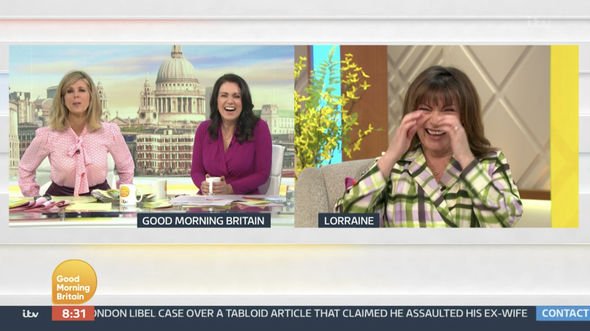 Viewers took to Twitter to laugh about the blunder, with one writing “Oops Lorraine don’t think we where meant to hear that #lorraine #GMB.”

Another posted a Gif showing someone confused, adding: “#Lorraine what’s she got on!”

Lorraine airs on weekdays on ITV from 9am.