Line of Duty season 6: Is Ian Buckells the final member of H? All the clues

DSI Buckells (played by Nigel Boyle) has been part of the Line of Duty cast since the very first season of the BBC drama when he was just a Detective Inspector. Since then, he has conveniently risen through the ranks, becoming yet another male in a powerful position within the police force. The character in question has always been in the background of the investigations he has been a part of but there could be a very good reason for that. It could be he is working with the criminal enterprise H to infiltrate the police network.

So far, three members of the H organisation have been identified as corrupt police officers embedded within the force and even AC-12.

It was also revealed in the previous season of the high-octane drama that there are four high ranking members of the system who make up the criminal network.

This is where DSI Buckells could play a part, having been in the shadows since season one when he was just a young Detective Inspector.

The character actually worked with ACC Hilton when they worked together on the case of the disappearance of Jackie Laverty (Gina McKee), beginning the sequence of clues as to how he could be H. 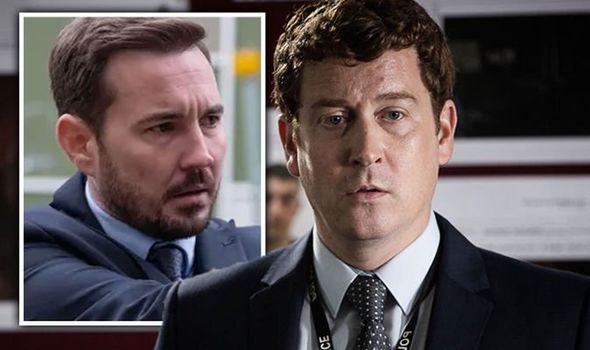 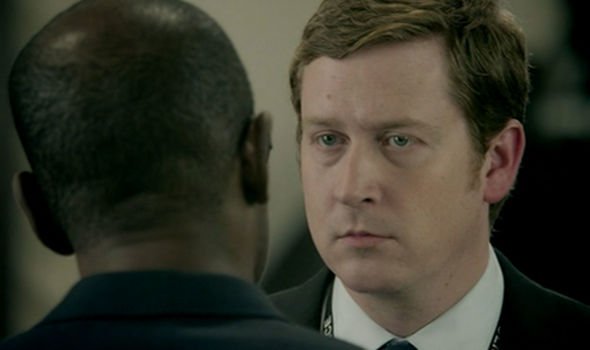 It was by chance he was invited to join the investigation as it was revealed DCI Tony Gates (Lennie James) had a personal relationship with Jackie so AC-12 said he was too close to the case.

Just as Tony leaves the case, he tells his replacement not to make a “t*t of himself” and it’s not long before he is helping AC-12.

Buckells joins the team at a location where a whiskey glass was found that would’ve implicated Gates in the disappearance of his mistress.

When the evidence cannot be linked to the DCI, he proceeds to mock Steve Arnott (Martin Compston) and it is up to Buckells to hold him back.

This makes Buckells a potential ally of AC-12, jumping in to stop the situation from escalating instead of letting the two men brawl with each other. 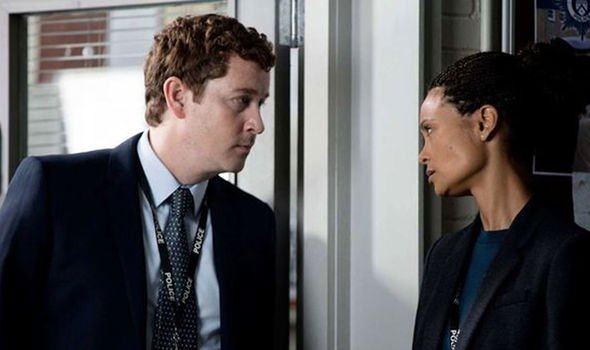 Unfortunately, his alliance with AC-12 becomes strained when Kate Fleming (Vicky McClure) approaches him to give a statement over the involvement she had in tracking Laverty’s phone.

However, in an earlier scene, Tony had a stern word with him and as a result, Buckells tells her to speak with ACC Hilton.

Then, towards the end of season one when villain Tommy Hunter (Brian McCardie) is arrested for his links to organised crime, Buckells lets DI Cottan speak with him privately.

It was in this scene that viewers discovered Cottan was corrupt and working with Hunter, again another clue that Buckells is part of the H network.

Now as DCI, Buckells is drafted into replaced Huntley but his past with AC-12 comes back to haunt him when he notices Fleming is part of the Polk Avenue Station team.

What he doesn’t realise is she is working undercover but when he is leaving work, he’s approached by Arnott and Superintendent Ted Hastings (Adrian Dunbar) not to blow her cover.

Although in a higher position of power, Buckells has to remain silent as it could be he doesn’t want to arise any suspicion he is a snitch.

If he were to have blown Fleming’s cover, this would’ve meant he was implicated into something greater that could have exposed him as a member of H. 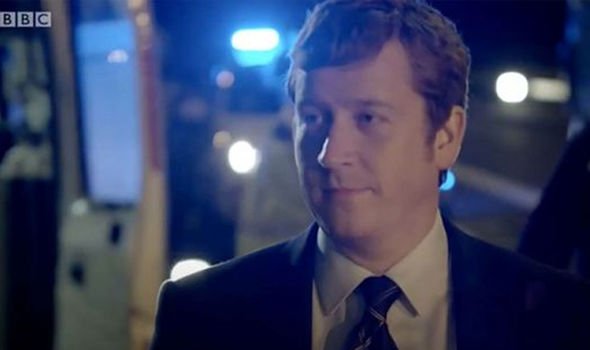 As Operation Trapdoor continues in season four, Buckells once again crosses paths with ACC Hilton as the pair take control of the case.

When Huntley tries to get involved with the investigation, despite being taken off the case, her replacement accuses her of interfering with his work.

He is shocked, however, to discover ACC Hilton gave Huntley permission to be at the meeting, leaving him confused.

Therefore, when Fleming starts asking questions as she wasn’t at the meeting in question, Buckells snaps back and tells her he won’t be informing AC-12 of any updates.

This is yet another clue he has an axe to grind with the anti-corruption team and could be working against them to destroy the system.

When developments happen with Operation Trapdoor, Buckells suggests that the team goes back to “basic coppering.”

This could be an indication he is the final member of H as the criminal network seems to want to destroy the police force from within, taking it back to basics.

However, by the latter part of season four, he is a target of AC-12 for supposedly leaking Fleming’s cover.

Offering up a valid point that she might just have been recognised having done so many undercover cases, Buckells remarks: “You lot treat everyone like mugs. Who’s the mug now?”

This is the last time viewers saw the character so in season six, will he lay a bigger part in the H enterprise?

And will his own cover as a member of the criminal organisation of corrupt officers be exposed?

Line of Duty season six begins Sunday at 9pm on BBC One.