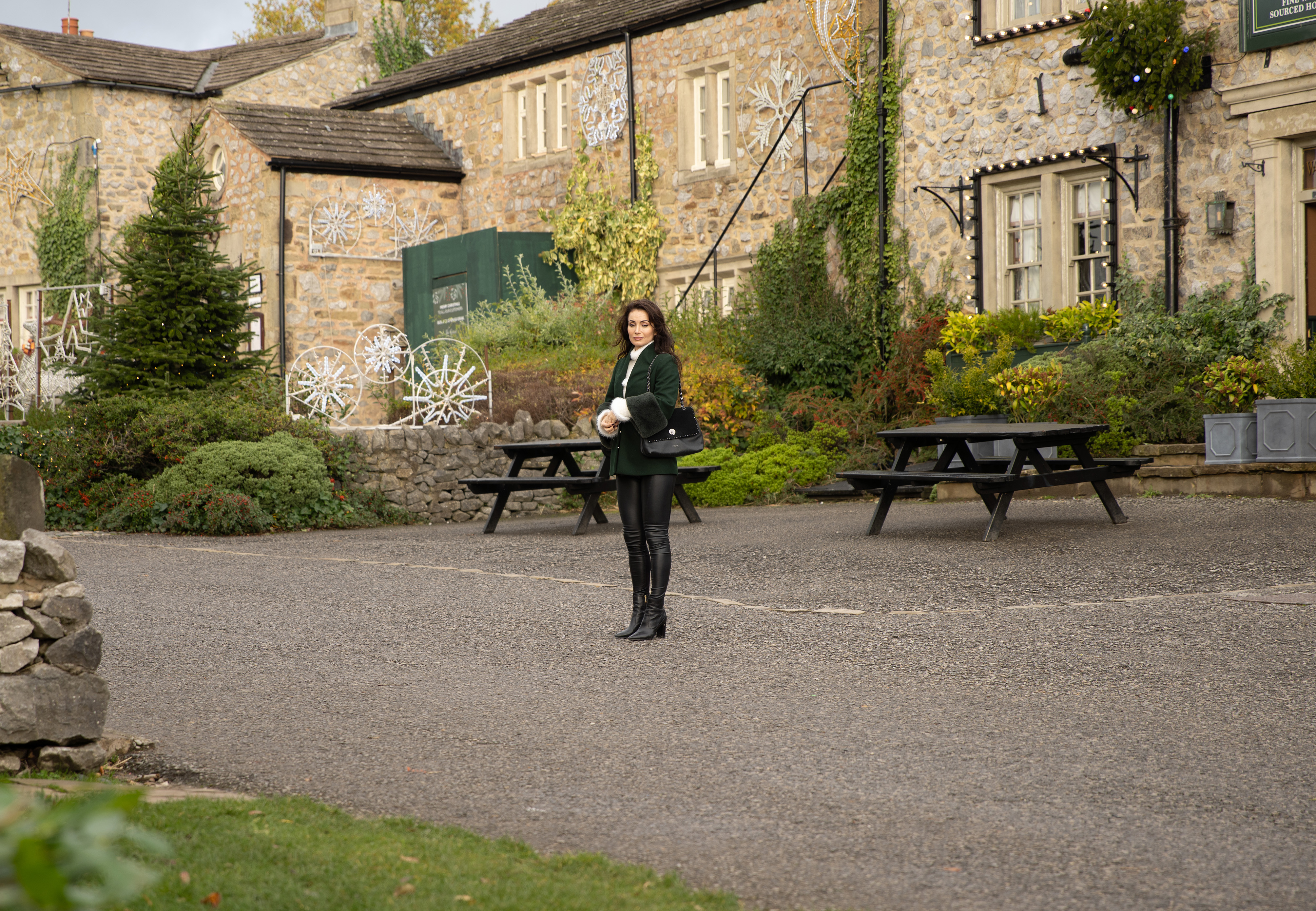 Leyla (Roxy Shahidi) is facing a lonely Christmas after the sudden end to her marriage earlier this month. Could she also be facing a relapse?

After a painfully awkward reunion, Liam (Jonny McPherson) and Leyla decided their marriage had suffered too much and was beyond repair. A difficult decision, but an amicable one as they both agreed it was the best thing for them, and they laid their wedding rings on the table as a ceremonial mark to their split.

But though it was agreed, it seemed Leyla may have had second thoughts. She was shocked when Liam so coldly asked for them to make it official with a divorce just days after chatting about breaking up. Though she came out fighting and said she is ‘100%’ on board with the divorce, it would seem deep down she isn’t really.

It’s a tough time of year to announce a split with the holidays just around the corner and Leyla is facing an even more trying time.

Jimmy (Nick Miles) invites Liam to spend Christmas with him and Nicola (Nicola Wheeler). Liam is also invited in by Rishi, leaving him with a choice over what he does on the big day. Leyla, however, is not so fortunate.

While Liam mulls over his decision, Leyla hides that she will be completely alone on Christmas Day. Will she turn back to drugs to get her through this difficult time?