“[I] wanted to give the audience the experience of time travel,” Noah Hawley says about surprise inclusion of an old FX series 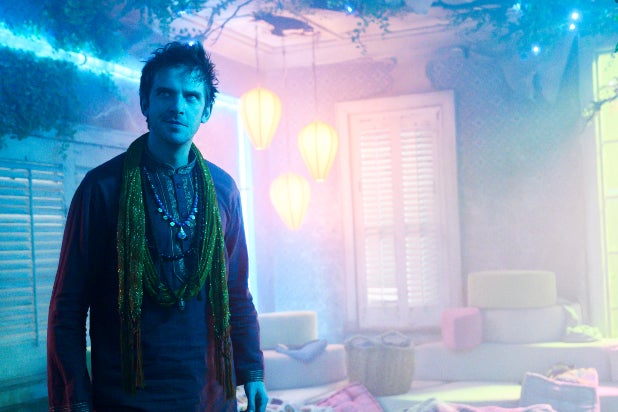 Viewers were thrown for a literal time loop during Monday’s episode of “Legion,” when Michael Chiklis’ Vic Mackey from “The Shield” showed up. Really.

Coming back from a commercial break, Monday’s “Legion” randomly pivoted to a scene from the former FX series, which sees Mackey walk into his boss’ office (with the pre-widescreen era aspect ratio with letterbox on the sides), before abruptly going back to the “Legion.” Showrunner Noah Hawley explained that, since the episode messes with time — with multiple sudden time loops and time jumps — he wanted to give the audience the same feeling as the character.

“I think it’s really interesting to see how the characters are dealing with time travel, but I also wanted to give the audience the experience of time travel,” Hawley tells TheWrap. “[When] we go back to the show, it’s literally like you’ve traveled through time in a way that makes it much more visceral.”

The “Legion” episode deals with the fallout of David’s (Dan Stevens) trip back in time to try and stop The Shadow King (Navid Negahban) from infecting his mind, which unwittingly let out “time demons” that cause all kinds of mayhem to the time stream. In a prior episode, Switch (Lauren Tsai) tells David that she can’t go too far back in time because that will let out creatures.

As Switch describes them, these beings exist outside “in the space outside of time,” and once they get let in they are literally “eating” time. This causes time to speed up, loop around, and in some cases erase things from existence. In one heartbreaking example, Lenny (Aubrey Plaza) experiences the entire life span of her daughter in a matter of minutes, while Lenny doesn’t age.

“Whenever you tell a time travel story there’s always consequences, and obviously those consequences for us are a bit more literal,” Hawley continued. “I think there’s an idea that something is protecting the time stream and if you — everything is carefully balanced — and if you mess up the balance you start to let things out that shouldn’t be let out.”