In the season 19 episode, In Loco Parentis, Carisi’s 18 year-old niece Mia tells the cop that she was sexually assaulted at Hudson University.

She later confirms she was lying about the assault and the charges against the perpetrator are dropped.

However, after visiting the suspect, Mia later says she was actually assaulted this time around.

The squad are tasked with finding the truth despite her damaged credibility. 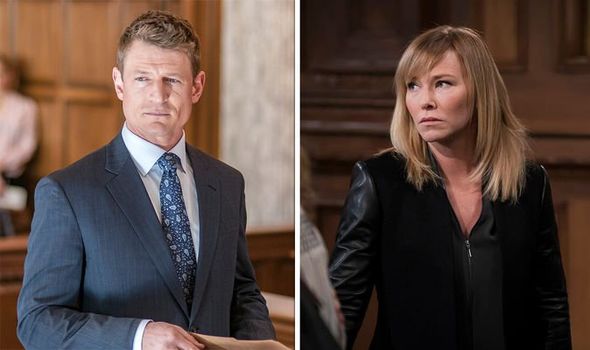 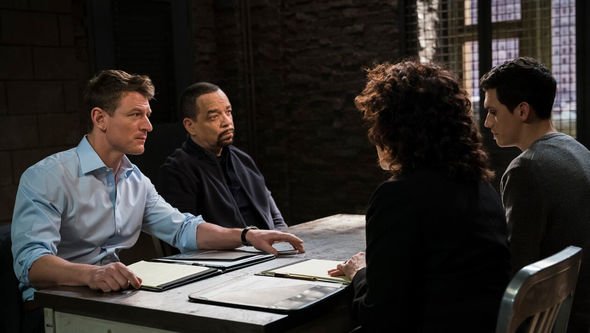 The SVU squad struggled to adjust to Rafael Barba’s exit from the show, and new ADA Peter Stone didn’t get off to the best start with the team.

Stone’s bluntness created difficulties with the squad as he failed to adopt the right manner when dealing with sensitive sex crime cases, and for believing Carisi shouldn’t be on the case at all.

Stone butted heads with Carisi and Rollins in particular, but he later made things right with them both.

A deleted scene from the episode reveals a touching moment between the two when Stone apologises for his actions. 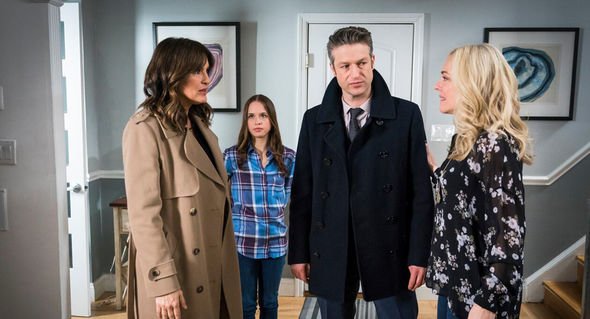 In the scene, Rollins is in the squad room grabbing snacks after the long, challenging case when Stone walks in.

After seeing Stone enter the squad room, Rollins says to Stone: “We usually talk to the D.A. in the D.A.’s office.”

He continues by beginning to apologise to Rollins for his behaviour: “Look, we all got off to a rocky start. I just want to make things easier.”

Rollins is quick to defend Carisi for how he acted regarding his niece’s case.

She says: “Carisi’s heart is in the right place, and, besides that, he’s a damn good cop.”

Stone recognises that Carisi is a good man and his family is important to him, as well as acknowledging there is no perfect witness when dealing with sex crimes.

Rollins gives her condolences over Stone’s father’s recent passing, and Stone leaves forgiven by her.

Rollins and Carisi have long been close, so much so, that many viewers believe they will get together in the future.

After Rollins gave birth to her first daughter Jessie, Carisi was a shoulder for her to lean on and he provided support as she is a single mother.

Stone eventually became a trusted member of the team, and Olivia Benson (Mariska Hargitay) made sure he showed enough compassion with dealing with assault cases.

Though the scene between Rollins and Stone never aired, fans are surely pleased to see Stone becoming a beloved member of the group.

Law and Order: Special Victims Unit is currently airing season 22 on NBC in the US. A UK release date has yet to be announced.