“How did I get here? Tell no-one. It’s wild!” Here is actually a medieval palace overlooking Malta’s Valletta harbour, but Hollywood rising star DeWanda Wise is talking about her role as feisty pilot Kayla in the final (for now?) instalment of the Jurassic Park and then World franchises alongside Chris Pratt, Bryce Dallas Howard and Jef Goldblum. Some of the biggest action sequences in the movie were filmed on the Mediterranean island, so it’s fitting we’re here to celebrate the home entertainment release of the Extended Edition. More movie means more Kayla and her equally kick-ass real-life alter-ego, who is finally conquering Hollywood after 15 years in the industry – and loving every second of it.

Wise’s starring role in Spike Lee’s She’s Gotta Have it Netflix show may have meant she couldn’t accept a role in Captain Marvel, but another blockbuster soon came knocking. After so long waiting for a big break, the theatre-trained actress is still pinching herself as she tells us how it all happened.

“For full context,” she says”  “I met with the extraordinary Colin Trevorrow. I mean, he’s the personification of Leonard the Lystrosaurus…”

We need to pause for a moment to consider that the star just casually compared her director to the Jurassic World Dominion dinosaur that decapitates another dino and then kills baddie poacher Delacourt, starting by ripping off his arms.

Wise continues: “He’s very unassuming, but he has a real big bite. That’s who he is. We met and talked real casually and he was like, ‘So yeah, I want you to be in this movie.’  Casual. Wild, wildly surreal.” 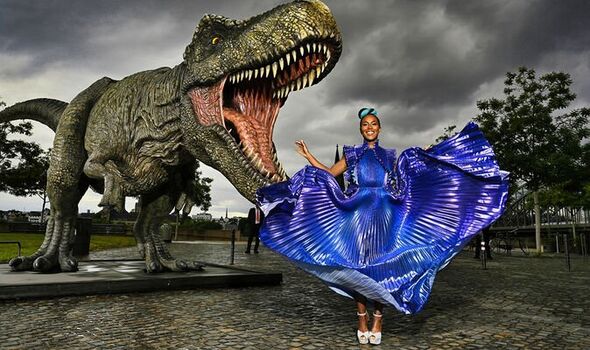 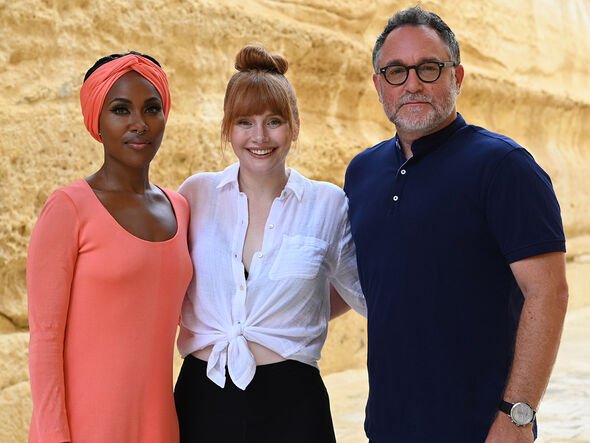 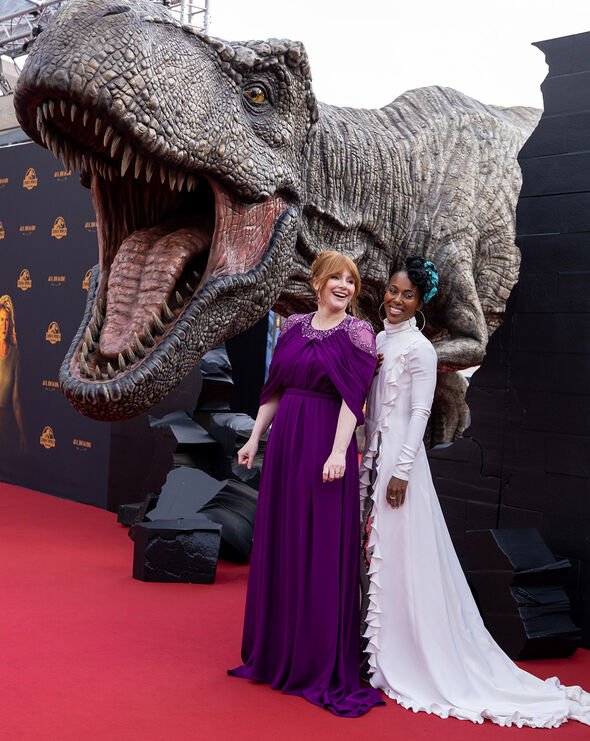 Apart from the thrill of being in such a major movie is the knowledge that she is playing a black female hero with agency and independence, not just another sassy sidekick or victim stereotype.

Wise says: “She’s a whole entire human being. When you meet Kayla you’re dropped in Kayla’s world. Having that introduction and the command of the space and the character, and the ownership that Colin and (screenwriter) Emily afforded me over her and her characterisation was huge. I did the ‘Wikipedia game’, playing back franchises in my head and it is statistically rare.

“I definitely wanted to work in the action space. But I’m a genre hopper. Actors spend so much time training, we train to do so many different things. They‘re all challenging and having the opportunity to rise to those challenges was a huge and tremendous honour.” 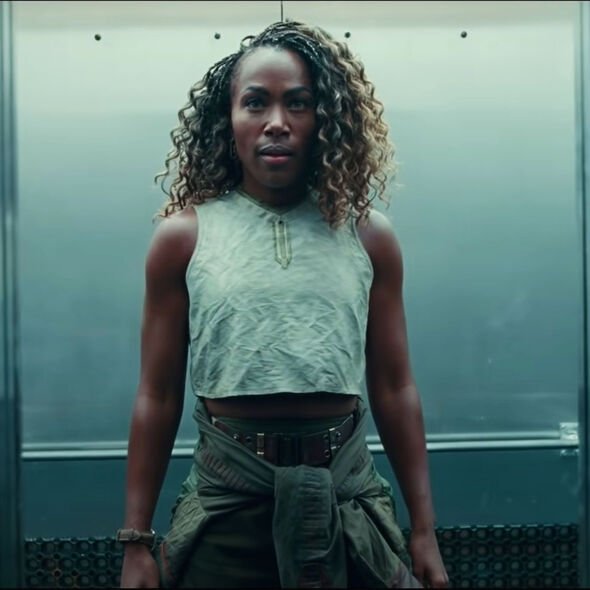 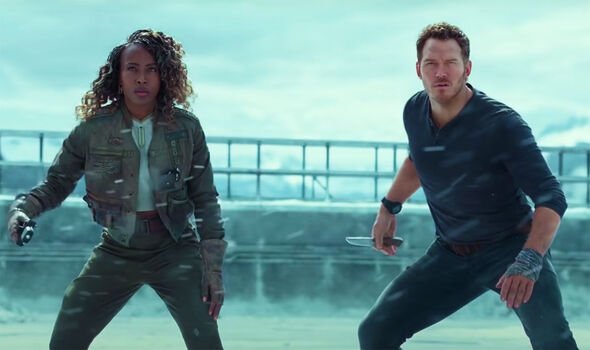 Wise’s relative lack of experience compared to a cast that includes Chris Pratt, Hollywood royalty Bryce Dallas Howard and returning original stars Laura Dern, Jeff Goldblum and Sam Nell may not show on the screen but behind the scenes, she still has much to learn.

She admits she was a complete “amateur” when it came to taking items from the set. Laura Dern famously took a beautiful ring her character wore while Pratt confessed his light-fingers were kept busy: “I took the raptor training clicker, my knife, my boots, the pants, the vest, my Isla Nublar ID, and a raptor tooth.”

So, how much did Wise make off with? “I didn’t!” she laughs. “There were like 18 leather jackets, I should have taken one of them.”

Instead, she was gifted with the final pair of gloves Kayla wore. Handmade, sure, but hardly hefty Hollywood loot.

At school, Wise wanted to be a therapist. So how would she analyse the psyche of a typical actor?

She laughs and ‘Wise-ly’ side-steps the question before adding: “When I started it was just catharsis, a place to work out emotionally whatever I was going through at the time. I’ve certainly matured but that’s an aspect of the job I don’t take for granted and I utilise sometime where I’m just like, ‘I need to express this.'”

She has been very open that she comes from a “very normal” background, raised in Maryland. But now suddenly sees action figures of herself on shop shelves and there are exciting rumours of a Jurassic spin-off featuring Kayla.

“It’s really wild,” she admits. “It becomes a communal, shared experience. Everyone in my family and my friends, as you can imagine, they get to be Kayla, too. When they are showing me the doll I almost experience it again for the first time, because we are all experiencing this thing that is happening to us. They were a part of it, like, ‘thank you for letting me live on your sofa for two years.'” 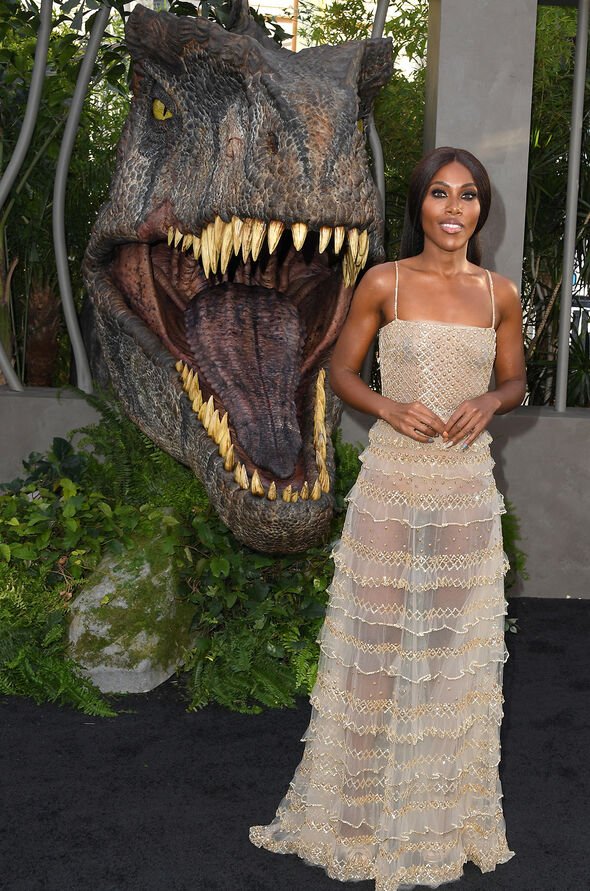 It’s all paying off now but as Hollywood doors open, the actress has another long-held dream – the London stage. Theatre is where her career started and she has her eye on London’s West End.

“That would be amazing” she says. “I cannot wait to work in the West End. I have a couple of playwright friends and I’ve originated a couple of roles. One play, the first production was done in London. They cast locally but next time, next time…”

Jurassic World: Dominion The Extended Edition is available now to download and keep and on 4K Ultra HD and Blu-ray on 26th September.