“At a certain stage the studio will tell you, your creation is graduated, and you wish it well,” the franchise creator says 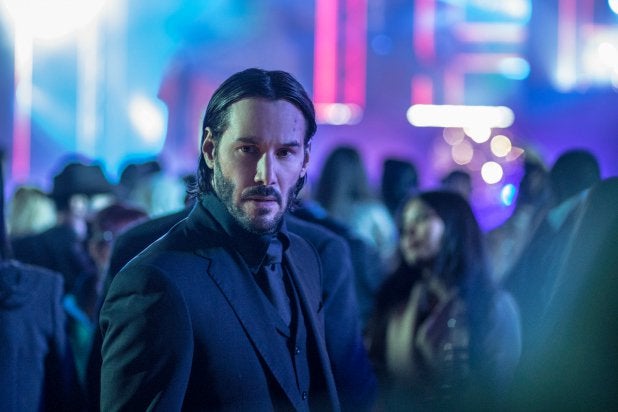 Derek Kolstad, the creator and writer behind the “John Wick” franchise of action movies starring Keanu Reeves, says he’s not involved with the upcoming fourth and fifth films in the series.

Kolstad was the sole writer on the first two “John Wick” films, and he shared a writing credit on “John Wick – Chapter 3: Parabellum” from 2019, which he shared with Shay Hatten, Chris Collins and Mark Abrams. But in an interview with Collider, Kolstad said the franchise got a little too big for him and that he wasn’t asked by the studio to return.

“No, it wasn’t my decision. When you think of the, contractually, of these things, the third one I shared the credit with any number of people, they didn’t have to come back to me, and so they didn’t,” Kolstad told Collider. “At a certain stage the studio will tell you, your creation is graduated, and you wish it well. I’m still close with Chad (Stahelski), still close with David (Leitch), and I don’t know what’s going to happen. But I’m excited to see.”

Reeves is gearing up to begin filming on “John Wick – Chapter 4” fairly soon after wrapping “The Matrix 4,” and Chad Stahelski is returning to direct, but this time with just Shay Hatten billed as the screenwriter. The fourth film is slated for May 27, 2022, and Kolstad also adds that he’s not involved with the already announced fifth “John Wick” film.

Kolstad did however give a brief update on “The Continental,” which is a Starz spinoff TV series set within the world of the John Wick films but following the various assassins who come and go at the secret hotel that harbors them.

“Well they’re about to make some pretty large announcements in the next couple of weeks in regards to what’s going to happen there. Can’t say much, but it’s happening,” Kolstad told Collider.

Kolstad is promoting the film he wrote “Nobody,” which is opening this weekend from Universal and stars Bob Odenkirk as a retired, now under the radar former assassin. Kolstad also wrote two episodes of the Marvel series for Disney+ “Falcon and the Winter Soldier,” and he’s attached to a “Dungeons & Dragons” TV series for Entertainment One and a film adaptation of the video game franchise “Just Cause.”

Read the full interview with Derek Kolstad via Collider.