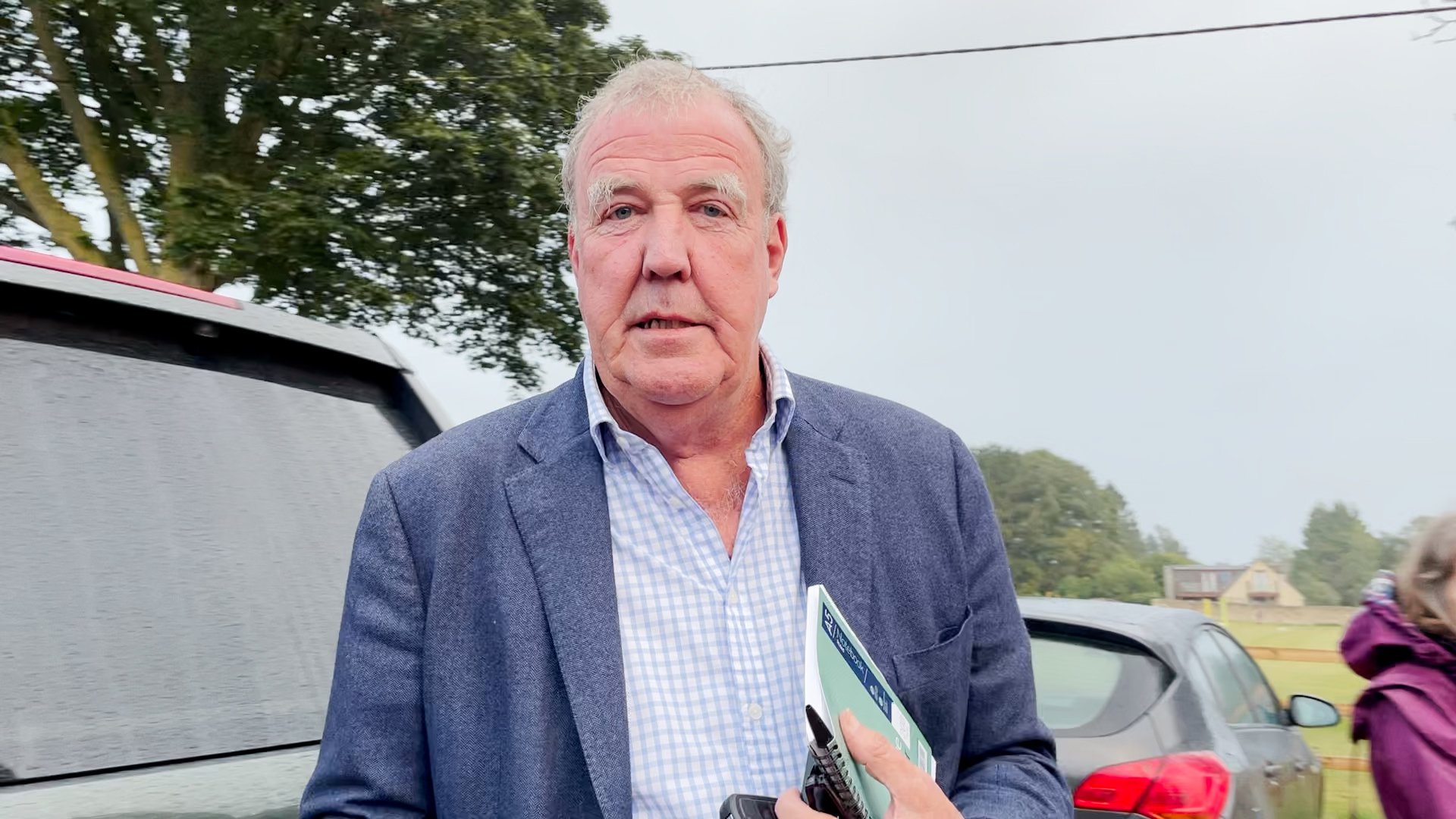 Jeremy Clarkson has blasted the nimbys (not in my backyard) who helped to reject his planning application for a restaurant on his Oxfordshire farm.

The Grand Tour presenter, 61, filed for permission to create a 50 cover restaurant, featuring a kitchen, ‘servery area and an internal seating area’ inside a lambing shed at his Diddly Squat Farm in September. It was denied earlier this month.

It added that an extension to the existing car park to provide capacity ‘for 60 to 70 cars’ was also being sought ‘to deal with both the under-provision of parking for the existing shop and any increased visitor numbers that will associate with the new restaurant.’

Describing the nightmarish council meeting that ruled in the nimbies’ favour, Clarkson penned in his Sunday Times column: ‘It was horrific.

‘They didn’t seem to have any facts to hand and one of them wondered why I couldn’t open the café on someone else’s farm.

‘Mostly, though, they seemed to be extremely bothered by the fact that the barn was in an area of outstanding natural beauty, not understanding perhaps that it’s only beautiful because farmers keep it that way.

‘They also seemed concerned about how much lighting would be needed and how this would affect the night skies. Not as much as nearby RAF Brize Norton does, I thought, but I wasn’t allowed to speak.’

He continued: ‘And then a man called Phil, who was obviously some kind of local government boss, made a speech that built to a crescendo of fury, saying that the café would cause “great harm” to the area.

Clarkson criticised the decision especially as locals had previously called for him to build a car park to cater to his wildly popular farm shop.

He also pointed out that it’s ‘nearly impossible to make money from farming these days’ and in recent years farmers have ‘relied on government grants to keep going’.

With grants slowly being phased out, diversifying is crucial. ‘And now local government is saying we can’t,’ he added. ‘That has to be addressed, and soon, so that councils are encouraged or even ordered to cut farmers some slack.’

Diddly Squat Farm has proved popular with visitors after being featured in an Amazon series last June.

Clarkson bought the farm in 2008 and it was run by a villager, but when he retired in 2019, the TV presenter decided to see if he could run it himself.

The success of the series has seen people flock to the farm shop to buy products such as ‘cow juice’, rapeseed oil, chutneys and jams.

Reports have previously said neighbours had been left annoyed by the amount of shoppers who have queued for hours to purchase goods.