“If she were able to, she would have done everything she could to look for him,” actress tells TheWrap 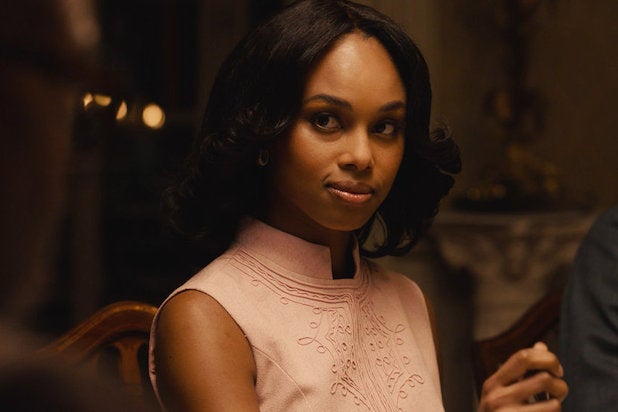 (Warning: This post contains spoilers for Tuesday’s “This Is Us.”)

If there is one thing Randall Pearson knows with complete certainty after Tuesday night’s episode of “This Is Us” it’s that his biological mother, Laurel Dubois, loved him. And though Randall (Sterling K. Brown) was only able to hear of his late birth mother’s love through the words of her dear friend and partner, Hai (played by Vien Hong), fans actually saw through flashbacks just how heartbreaking it was for Laurel to be unable to ever see her son again due to everything that happened after she made one terrible decision.

And Jennifer C. Holmes, who plays young Laurel, hopes that now that viewers know Laurel’s backstory, they can understand why Randall’s mother couldn’t find him or his father William after miraculously coming back to life following her post-labor overdose on heroin in the Season 5 premiere.

“I think there was misjudgment and misunderstanding when it came to Laurel and her relationship with Randall,” Jennifer C. Holmes, who plays young Laurel, told TheWrap. “People were asking, ‘Why would she just leave her son? And if she is alive, then where is she? Why didn’t she go look for Randall?’ But they have no idea the obstacles that were in her way, the roadblocks that were in her way. And if she were able to, she would have done everything she could to look for him.”

On tonight’s episode of “This Is Us,” titled “Birth Mother,” Randall and Beth (Susan Kelechi Watson) head to New Orleans to listen to Hai tell Laurel’s story. At first, Randall only cares to get to the part where Hai explains why William thought Laurel was dead — and Hai explains that is because she was, but that after William left the scene with baby Randall, thinking his love was dead and trying to keep his newborn son from social services, she gasped back in front of the paramedics. She was then taken to the hospital and soon arrested for drug possession.

We then see a scene of Laurel in jail, where she was given her one phone call but told the guard she could not call her boyfriend, William, because they don’t have a phone. She had no idea who else to call, so she called her estranged father in New Orleans, but ultimately hung up without saying a word. Hai tells Randall that Laurel was sentenced to five years in prison, but that because the prisons were overcrowded in Pittsburgh, she was sent to one in California.

“Doing that [phone call] scene was incredibly emotional in every aspect, all levels,” Holmes said. “There’s a few crew members behind the scenes and everyone was just so emotional when I had to do the prison scene. Even talking about it I’m getting emotional, because you just think like, this woman who had so much joy and hope for this new life that was coming, she stopped doing drugs. She wanted to have a bigger apartment. She started to dream and be optimistic again about life.

“And that one tragic choice that she made when she was in so much afterbirth pain, that one choice she made with taking the heroin, just to take care of her baby so she can feel good to take care of her baby, that one choice led her to overdose in the hospital, and then to prison. And in prison for not just a couple of months, or even recovery, they threw her in prison for five years. And for five years she had to sit in jail and think about where her son may be. And what that would do to any mother is, like, it’s beyond me. So she suffered greatly and then after prison, she had nowhere else to go because she couldn’t get in contact with William. So she went to the only place that she knew, and that was Aunt Mae.”

Laurel did ultimately have a nice life with her Aunt Mae, and by returning to New Orleans she was able to reconnect with Hai, her first love, though it took many years before they were able to have a real relationship due to the fact he had married and moved on while she was gone.

The fleshed-out story Laurel receives is one that brings Randall peace, something Holmes wants you as an audience member to gain as well — along with some more compassion.

“Everyone is going to get to know the why now, right? Hopefully everyone is going to be a little bit more empathetic and understanding toward her and to other people who are addicts and fighting for their lives. We don’t all make the right decisions, but hopefully we can try to understand one another better and not quickly judge and just love more.”