Queen 'put herself up' for 2012 James Bond sketch says writer

Millions of pounds are expected to be raised as a result of the Sixty Years of James Bond charity auction, which commemorates the diamond anniversary release of the franchise’s first film, Dr No. Among the items up for grabs include an array of outfits Daniel Craig’s James Bond wore in his most recent outing as the spy in No Time to Die, as well as the Aston Martin DB5 stunt car he rode around in. The car is expected to raise between £1.5million ($1.62m) and £2million ($2.16m) for various charities and is one of eight replica vehicles built specifically for the 2021 film.

Adrian Hume-Sayer, director of private and iconic collections at Christie’s and head of the James Bond sale, said of the car: “Externally it looks exactly like the DB5 that we all associate with James Bond, internally (it’s) a completely different beast to be capable of all the incredible stunts and the driving that they did in Matera.”

The latest film in the long-running series saw Craig dramatically killed off as 007, and in the process earned universal acclaim. As well as leaving critics championing its content, the film also won an Academy Award for Best Original Song, sung by Billie Eilish.

Across the decades, Bond has become one of cinema’s most profitable franchises, spawning some 25 official films since Dr No hit screens. During that time seven actors have taken up the role of 007, including favourites Sean Connery, Roger Moore and Pierce Brosnan.

It appears Bond’s own appearance was actually based upon an Academy Award-winning star, with author Ian Fleming’s original books noting how similar the pair were. 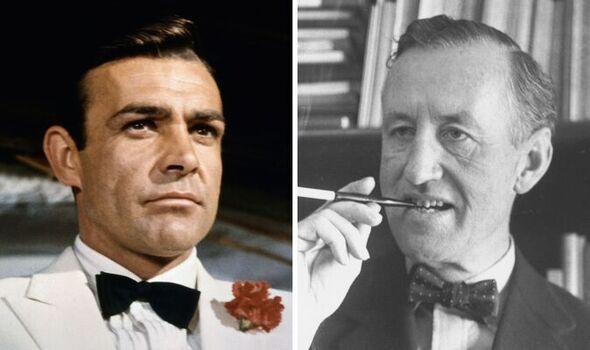 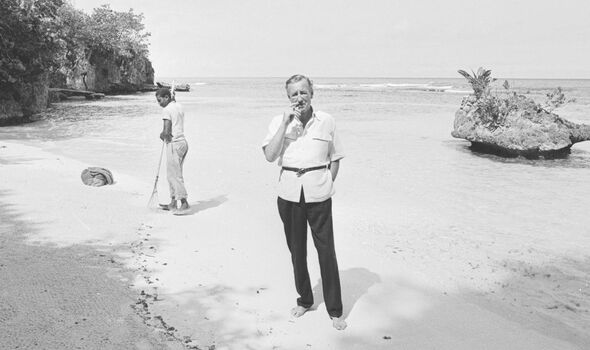 According to his first Bond book, 1952’s Casino Royale, 007 actually resembled American actor, composer and singer Hoagy Carmichael, who claimed his Oscar win for Best Original Song in 1951, for his track ‘In the Cool, Cool, Cool of the Evening’.

In the book itself the character Vesper Lynd, a love interest of Bond’s, remarks how 007 “reminds me rather of Hoagy Carmichael, but there is something cold and ruthless”.

Additionally, in 1955’s Bond thriller Moonraker, again his resemblance to the Indiana-born entertainer was referenced. The character Gala Brand, a Special Branch Officer, described the Briton as “certainly good-looking… rather like Hoagy Carmichael in a way”.

She added: “That black hair falling down over the right eyebrow. Much the same bones. But there was something a bit cruel in the mouth, and the eyes were cold.” 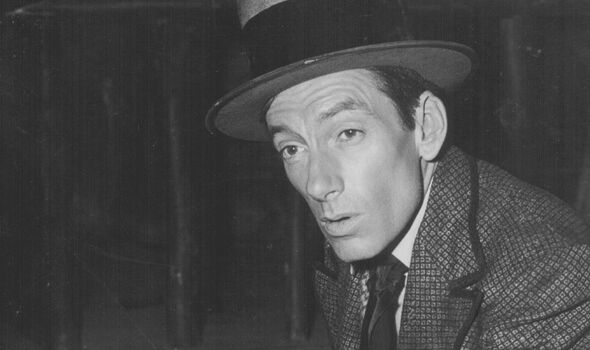 While his obvious literary comparison to Carmichael is clear, other journalists and critics often compare Bond’s appearance to that of his author Fleming. Among them was Ben Macintyre, who compared 007 to Fleming in his 2008 book For Your Eyes Only: Ian Fleming and James Bond.

The Times journalist wrote: “Like the character he had created, Ian Fleming was a great deal more complex than he seemed on first acquaintance. Beneath the sybaritic exterior, he was a driven man, intensely observant, with an internal sense of romance and drama that belied his public languor and occasional cynicism.

“Bond is, in part, Fleming, and the exploits of 007 grew directly out of Fleming’s knowledge of wartime intelligence and espionage: he would teasingly refer to the Bond books as an autobiography.

“Like every good journalist, Fleming was a magpie, collecting material avidly and continuously: names, places, plots, gadgets, faces, restaurant menus, and phrases; details from reality that would then be translated into fiction. He once remarked: ‘Everything I write has a precedent in truth.'” 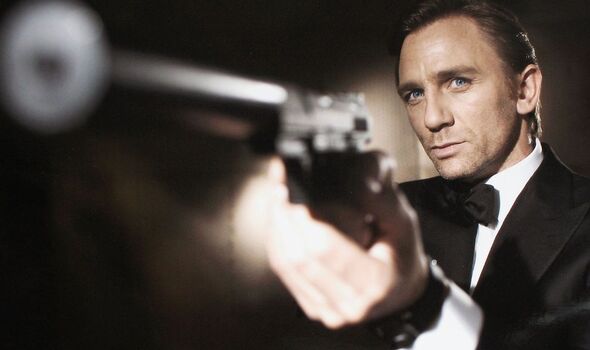 Other aspects of Bond’s overall physical air was uncovered further, including notably in the novel From Russia With Love, which was the second Eon-produced, official film to feature 007.

His condition is described as being of “slim build; a 3 in (76 mm) long, thin vertical scar on his right cheek; blue-grey eyes; a “cruel” mouth; short, black hair, a comma of which rests on his forehead”.

He even has a scar that was sustained when a SMERSH agents carves the Russian Cyrillic letter “Ш” (SH) into the back of Bond’s left hand in Casino Royale, which by the start of Live and Let Die is covered up by a skin graft.

In more recent years, the debate over who will replace Craig as Bond has continued to rumble on. Producer Michael G. Wilson was questioned over who might take over when visiting the auction.

He said: “Well, right now we’re not thinking about the next chapter yet, we’re just celebrating the release of ‘No Time to Die’ and our 60th anniversary. And I think when this is over by the end of this year, next year we’ll start to think about where do we go from here.”