However, it wasn’t without a rant as he took to hitting out at the show’s own director.

Erron Gordon directed ITV’s Conservative Party leadership debate and he shared a tweet about the moment, saying it was a career high.

But Piers took offence at the moment as he slammed the director for his comments.

Piers ranted: “We’ve got our director back today, Erron, last week he directed the big debate and then he tweeted it was his career highlight.

“So his career highlight doesn’t involve the people he works with every day, it’s alright, we’re not taking it personally.

“I was going to take you to the White House for my next interview with Trump, but that’s showbiz. You’re done.”

Immediately after, Piers was taken of air, as a card flashed on screen which read: “Technical difficulties.”

Of course, it was all an hilarious joke, as Piers called out the moment. 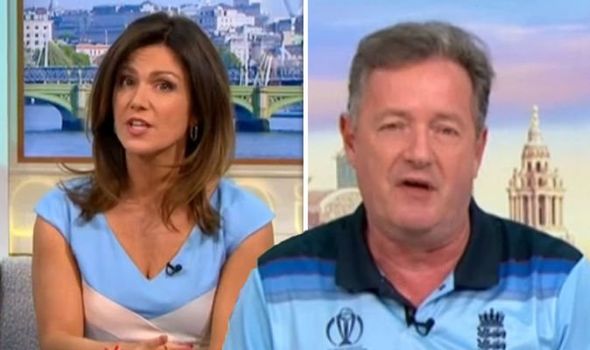