ITV GMB: ‘Take yourself off air’ Piers Morgan told to leave by guest during heated debate

The hosts were debating with the guys the inclusion of plus-sized models shown in various forms of media as Piers said it was “glorifying” a “dangerous” body type.

Asked by the ITV presenter if such body types should be celebrated in the media, the guest hit back, telling Piers he wasn’t exactly slim himself.

As the debate got more heated, Angelica told Piers he should consider his place within the media.

The guest told Piers: “Honestly, if you’re concerned about people being obese and representing something bad, you would take yourself off the air because you’re not exactly slim yourself.”

After giving his own BMI compared to Angelica’s, the presenter remarked: “I’m not morbidly obese,” to which the guest exclaimed: “But you’re still fat too.”

Piers hit back: “You might think I’m fat. Most viewers are looking at this and are not seeing me as morbidly obese.

“You’re totally entitled to throw the jibes back at me,” the host tried to continue, but Angelica spoke over the top of him, repeating: “You’re still fat.”

Explaining his point of view, Piers told the guest: “I think there is a trend now with Tess Holliday and now you of glamourising morbid obesity which actually is dangerous.” 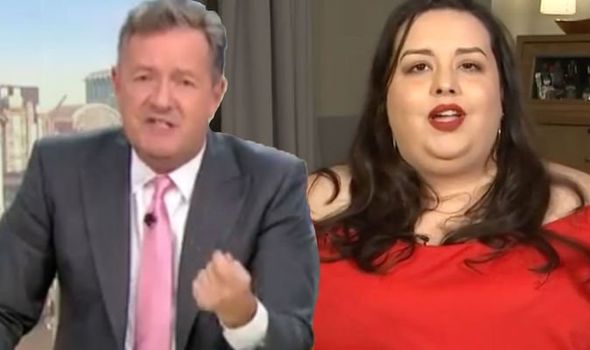 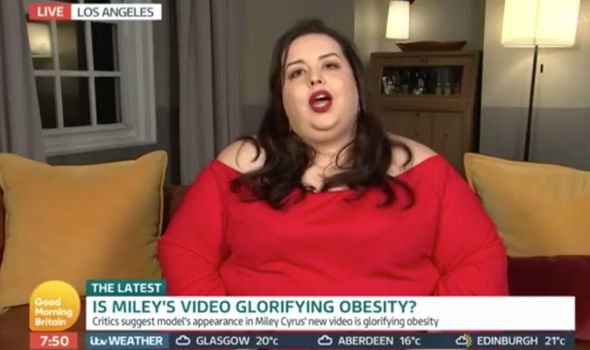 “I say this as much for your health as anything else” Piers opined, before he asked: “It’s a dangerous weight, do you accept that?”

Angelica replied: “I am not healthy. I’m not going to pretend I’m in perfect health but I am 46-years-old, not 36.

“The health problems I have are age-related than weight-related,” the guest continued.

However, it wasn’t all heated between Piers and the guest as he told her: “You give it back as much as you take it, I respect that.”

Ahead of the interview with Angelica this morning, Susanna was trying to research the video she would be discussing with the guest. 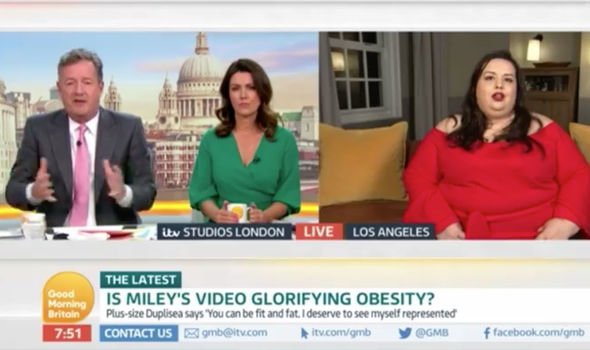 Susanna’s timing was a little off however, as she tried to watch the video whilst Charlotte Hawkins, 44, was in the midst of the round up of the headlines.

As the music video played in the background, Piers asked: “What was that?”

Red-faced by her error, Susanna said: “Charlotte, I can only apologise,” before explaining she should listen to the particular headline her co-host was talking about.

“The whole point about this story is it affects all of us so we really should be paying attention,” Susanna explained, in reference to celebrities being used to promote fake advertisements on social media.

“Wow, that was really awkward,” Piers remarked, before telling Charlotte to continue on with the bulletin.