Shirley Ballas, 60, has teased the Strictly Come Dancing line-up is going to be bigger and better than ever before as the UK begins to emerge from the latest lockdown. Appearing on Tuesday’s edition of ITV programme This Morning, the head judge of the BBC panel spoke about further details of the 2021 line-up. In the conversation with presenters Phillip Schofield, 59, and Holly Willoughby, 40, the former professional Latin dancer explained Ms Symonds, 33, will not be featuring in this year’s cast list.

It was reported in The Sun last month the mother-of-one could be signing up in light of the news Prime Minister Boris Johnson, 56, had reportedly spent £200,000 on the refurbishment of his Downing Street flat.

A source said: “BBC bosses plan their line-up from the start of the year and Carrie was one of the earliest names on their list.”

With political figures having taken part in the competition before, the insider explained the Prime Minister’s partner was the ideal contestant.

Having got her own intel on who has or is going to take part, Ms Ballas declared, in no uncertain terms, Mr Johnson’s wife-to-be would not be strutting her stuff on the dance floor.

When grilled about the news, the head judge replied: “Boom, boom and a shimmy, no. I’m 99.9 percent sure [she won’t sign up]. 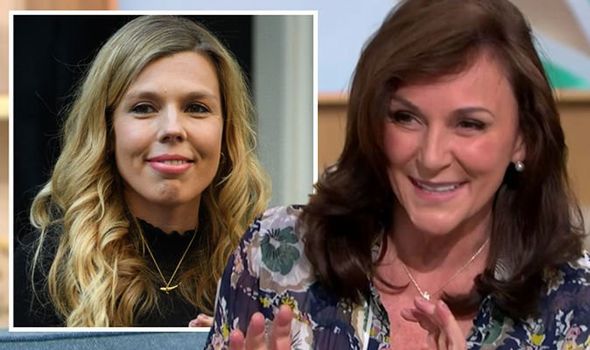 Explaining why Ms Symonds would not be featuring as part of the line-up, Ms Ballas remarked: “It is a family show.

“It is not a political agenda,” she added, firmly shutting down any claims the Prime Minister’s partner was going to make an appearance.

However, giving a little teaser as to who could be taking part, she said: “It’s outstanding. Everything Sarah James [executive producer] does is astounding.

“It’s really, really intriguing all the way,” the head judge added, telling the presenters the cast list would be announced in either June or July.