While Bravo’s Housewives franchise features a lineup of women who all boast pretty fat bank accounts, some casts are richer than others.

For instance, the cast of The Real Housewives of Beverly Hills is likely to be the wealthiest group franchise-wide. The collective currently cast has a total net worth of close to $200 million. One part-time cast member, Sutton Stracke’s net wealth is still unknown. But according to Lisa Rinna, she’s filthy rich. 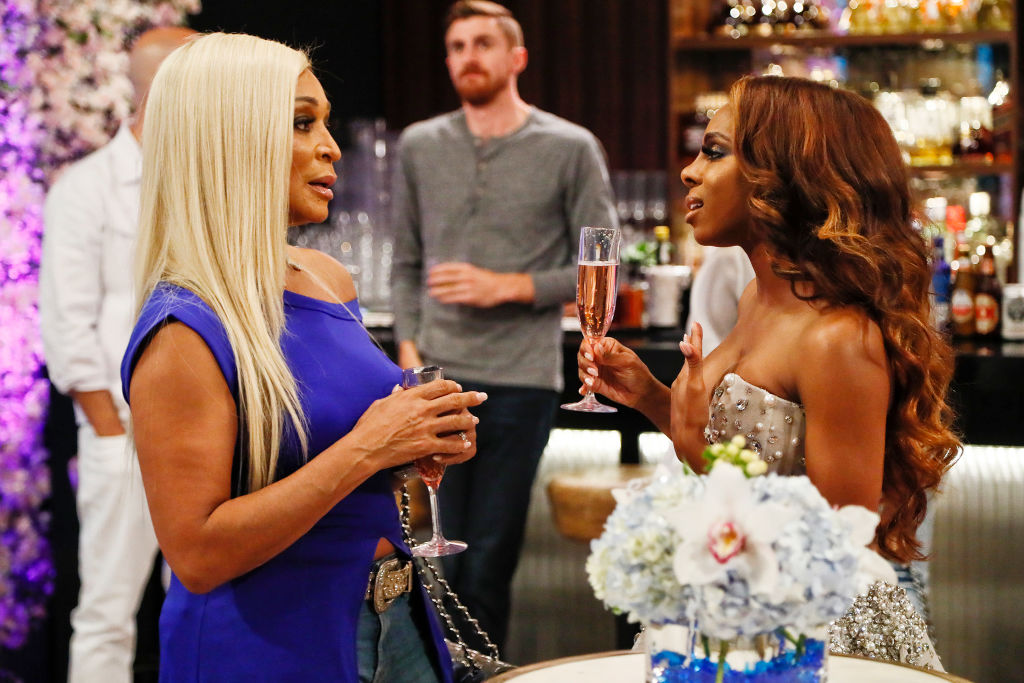 The Real Housewives of New York City also has extremely wealthy cast members. Two high net worth individuals left but the cast is still loaded. Their combined collective net worth is at about $108 million.

Kyle Richards from RHOBH has a combined net worth with husband Mauricio Umansky of $100 million. That puts her well into the 1% club. And while many of the cast members from The Real Housewives of Potomac are far wealthier than most Americans their collective wealth amounts to about $32 million.

The richest cast member is Karen Huger at $10 million. Husband Raymond Huger’s reported net worth is $40 million. The couple encountered financial difficulties in the past, which was addressed on the show.

#RHOP fans: due to these unprecedented times, we have to push the new season until the summer. However, when we say it will be worth the wait, we MEAN IT! Thank you for your continued love and support. Stay healthy and stay safe! We’ll be in touch with a new date ASAP

RELATED: ‘RHOP’: Which Housewife Has the Highest Net Worth?

‘RHOD’ is close behind ‘RHOP’

Another cast that is close to RHOP in net worth is The Real Housewives of Dallas. The cast has a collective net worth of $32.5 million with Stephanie Hollman being by far the wealthiest at $18 million.

One of my fav group pictures taken season 3 in Copenhagen ❤️

RELATED: Which ‘Real Housewives of Dallas’ Star Has the Highest Net Worth?

The cast’s net worth drops significantly from there. Kameron Westcott comes in the closest to Hollman in terms of net worth. She’s worth an estimated $4.5 million. Brandi Redmond’s individual net worth is about $4 million and D’Andra Simmons is at $3 million. LeeAnne Locken has been reported at $1.5 million. But recently some reports put her at $2.5 million. Kary Brittingham is reported as being at $1.5 million.

The series that launched the entire franchise has a collective net worth of nearly $35 million. The Real Housewives of Orange County recently fired two major cast members, which brings the group down to five. New cast members will likely be introduced but currently, Shannon Beador is the wealthiest with a net worth of $20 million.

All new #RHOC tonight as we take #Keywest 🌴🌴 Be prepared for lots of fun and lots of explosive drama! You don’t want to miss it @bravotv !! @braunwynwindhamburke @ginakirschenheiter @kellyddodd

RELATED: Kelly Dodd Net Worth 2019: Just How Much Is the ‘Accomplished’ ‘RHOC’ Star Really Worth