SARAH Jayne Dunn is well known for playing Mandy Richardson in Hollyoaks, but her real life couldn't be further from her soap character's.

The actress, who was sensationally sacked by the Channel 4 soap yesterday forjoining adult website OnlyFans, lives a comfortable life in her Cheshire with husband Jonathan, son Stanley and their cute dog. 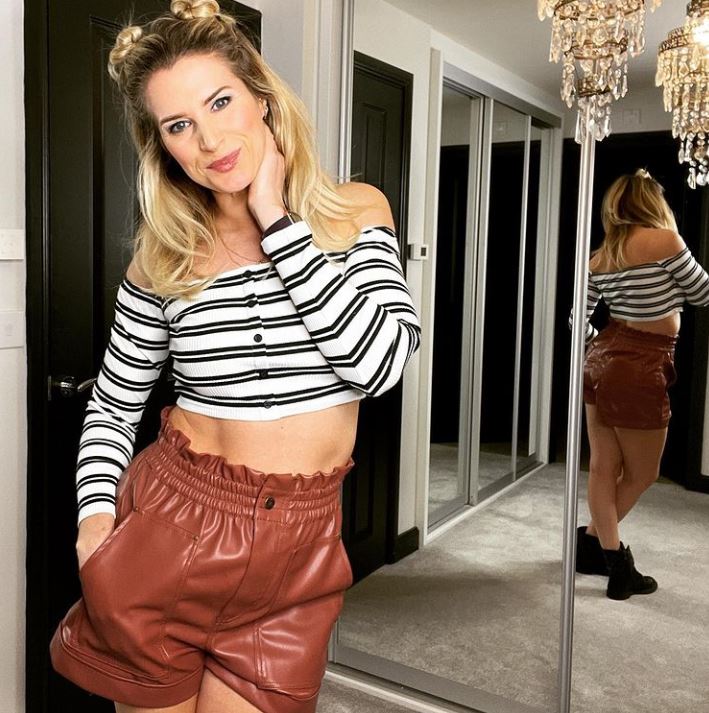 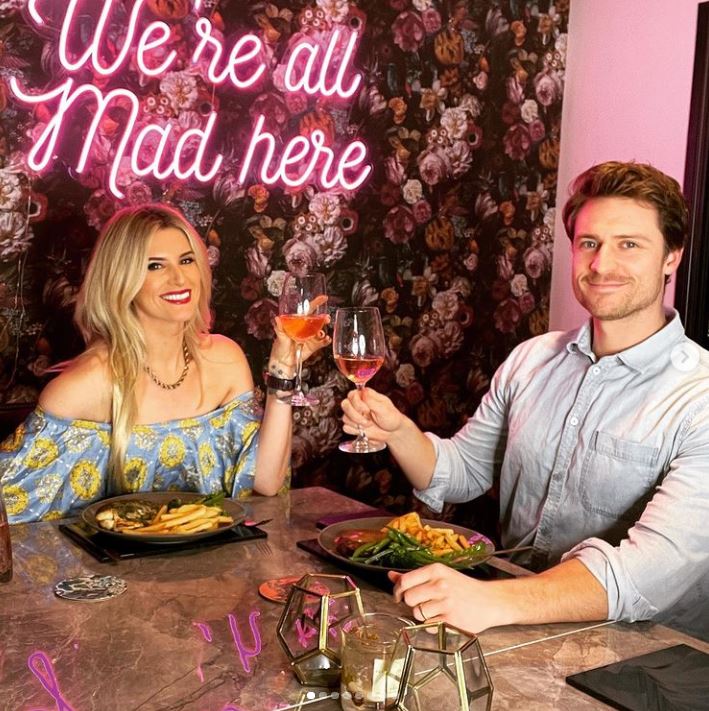 Sarah Jayne, 40, regularly shares pics of her home life and her gorgeous house, which she moved into last January.

Step inside and you are greeted with a mix of bold prints and luxurious soft furnishings.

Her living room features a statement floral wallpapered wall which she offset with an emerald green velvet couch and complementing velvet cushions.

Meanwhile in her family room, Sarah opted for more muted tones with white walls and blush-coloured sofas, TV stand and other decorative items.

Upstairs, the Hollyoaks actress can get ready in her own dressing room complete with mirrored wardrobes and Hollywood-style beauty mirror.

Meanwhile, Sarah's bedroom kept to the same bold theme seen in other parts of the house and featured yet again a statement wallpaper wall and a grey king-sized bed.

The house proved to be the perfect oasis to come home to after a long day of filming.

Previously, Sarah revealed she struggles to switch off from her dark and traumatic storylines on Hollyoaks.

She credited Jon for helping to keep her sane when she can't switch off from her more traumatic storylines on the show.

However, Sarah Jayne will have plenty of time on her hands now after Hollyaoaks chiefs axed her for joining adult website OnlyFans.

Glamorous Sarah Jayne been stripping off online for several weeks, prompting a warning from bosses over her conduct because of the show’s young audience.

But after refusing to quit the site despite the threat of losing her six figure salaried job on the Channel 4 soap, she has left the show in a dispute with executives after first appearing on screens in 1996.

Bosses said they had been unable to "reach a resolution".

Sarah has enjoyed six separate stints on the teen-focussed soap as Mandy Richardson – one of the show’s biggest characters – most recently reprising her role in 2017.

But she clashed with bosses over her decision to join the controversial 18+ network, where she claimed she was “taking back control” after previously posing for lads mags earlier in her career.

Admitting some fans would “find it shocking,” she explained: “I'm simply moving my sexier, racier images to another platform.

“This is a decision I’ve thought long and hard about, not one I’ve taken lightly or on a whim, it’s about taking back control, about empowerment and confidence and having full power over my choices.

"I love doing photo shoots, always have always will, it’s how I got into the acting industry, at the tender age of 12 I decided I wanted to be a model and enrolled on a modelling course, joined an agency and had my first professional shoot and I was hooked. I got my first TV audition and the rest is history.

"I’ve been lucky enough to travel to some pretty amazing places for photoshoots since being 17, that being said I’ve never felt in control, of the content or of the finances.”

But bosses disagreed with her claims over “empowerment” – telling her the site’s content is at-odds with their principles as a brand and urged her to immediately remove herself from the website.

A row broke out between the actress and executives at Lime Pictures, the soap’s production company, when she refused to back down.

In a statement last night, a Hollyoaks spokeswoman said: “Hollyoaks is a youth-facing drama with many young viewers, who follow our cast very closely, both in the soap and outside of it.

“We take our responsibility to our young audience very seriously and therefore the show does not allow any Hollyoaks cast members to be active on certain 18+ websites.

“We had hoped we could reach a resolution with Sarah that would allow her to remain in her role as Mandy, but we respect her choice to continue to produce content on OnlyFans.

“In the past four years since her return to the show her legacy character has been an integral part of some our most important storylines and we will be very sad to see her go.” 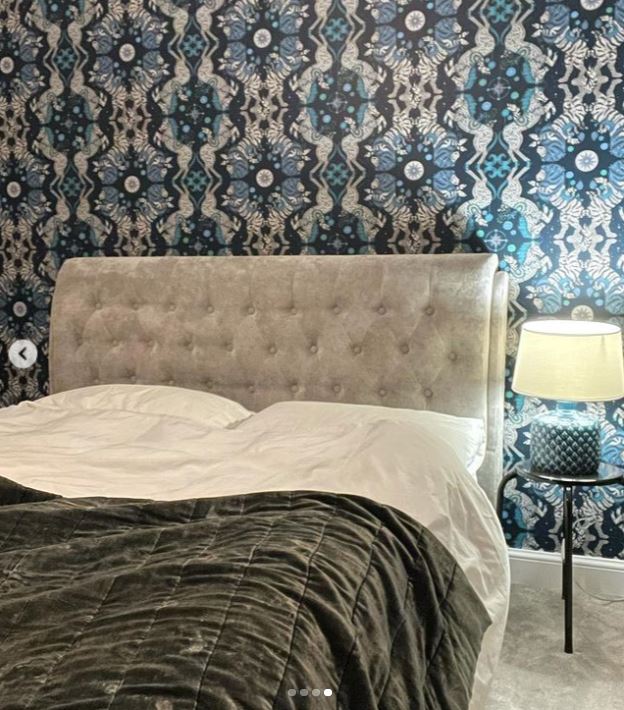 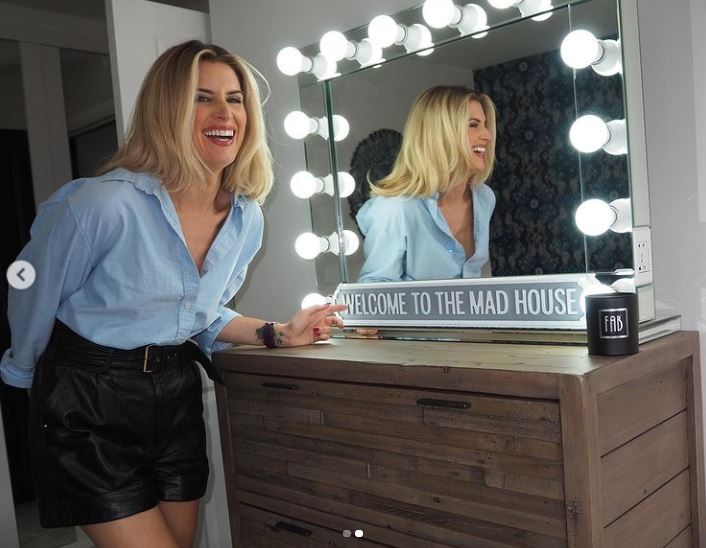 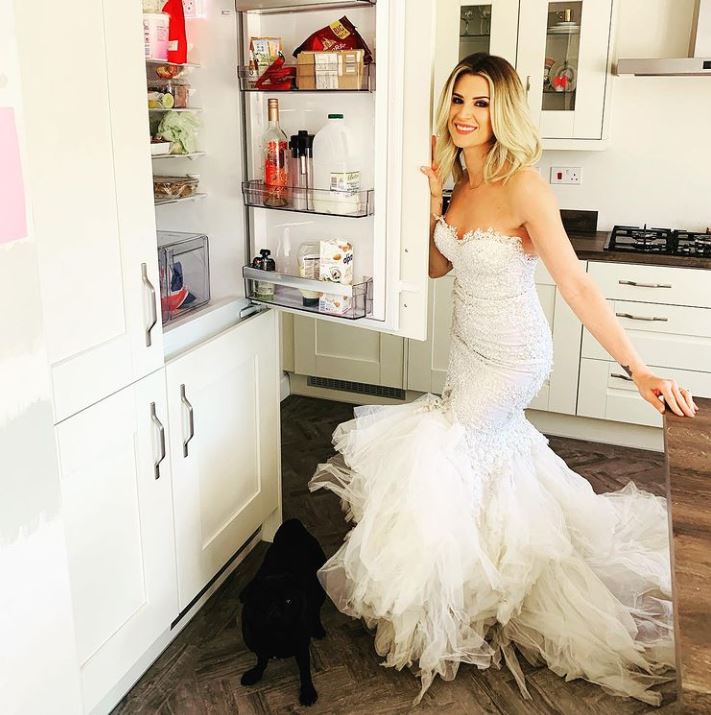 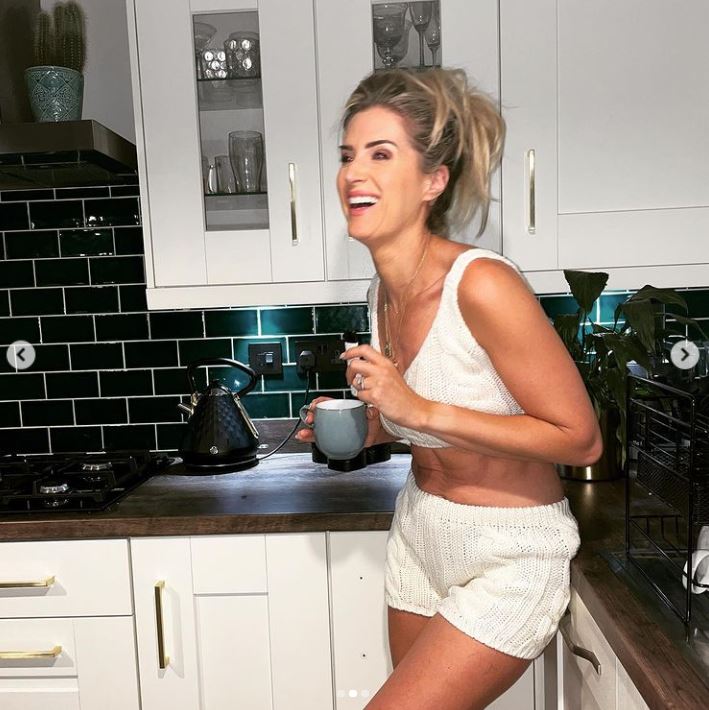 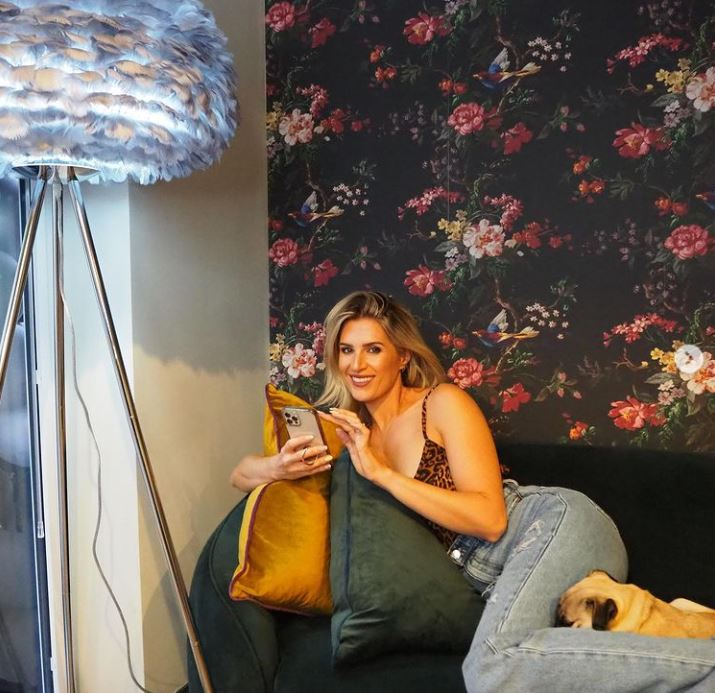 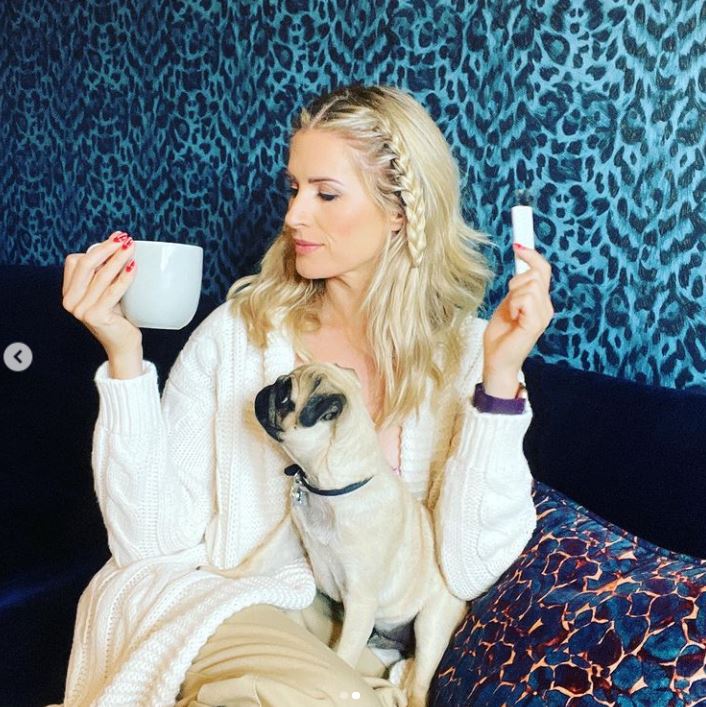 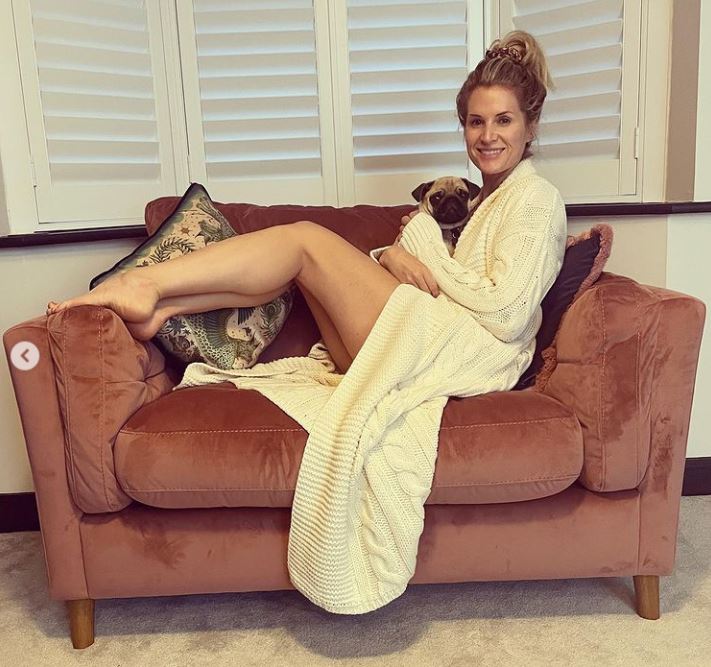 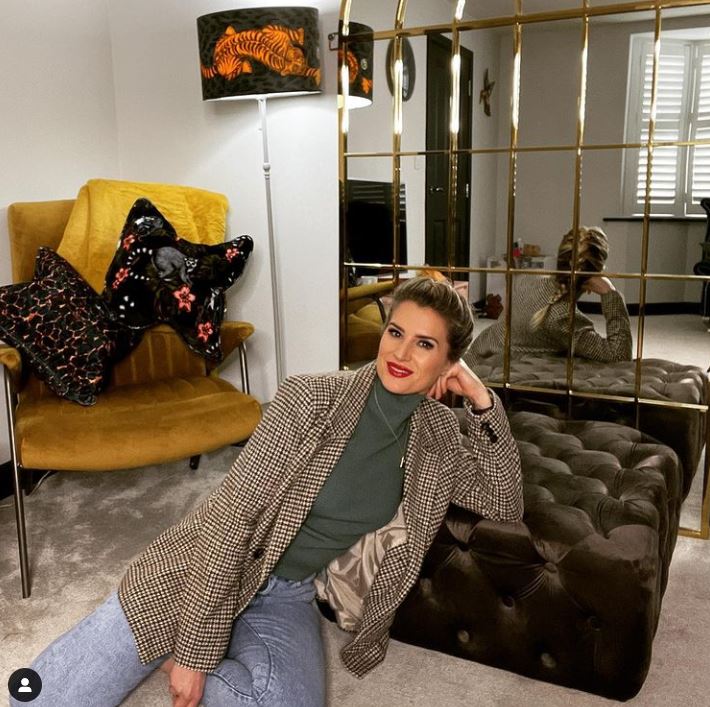 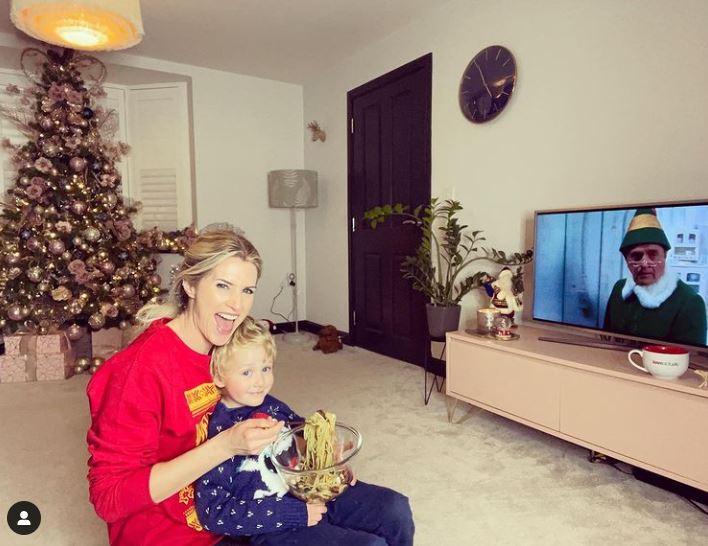