'Indigenizing' Hollywood: How the Sundance Native Lab Is Flipping an Outdated Script

‘Indigenizing’ Hollywood: How the Sundance Native Lab Is Flipping an Outdated Script

“Hollywood is realizing that the ‘I’ in BIPOC stands for ‘indigenous,’” Sundance Native film program leader Bird Runningwater says

It’s hard to say whether the term “indigenizing” originated with Indigenous filmmakers, or with entertainment executives currently trying to change the narrative from movie-making’s well-documented stereotyping of Native American characters, most notably in the Hollywood Western.

But two things Native filmmakers who spoke to TheWrap can agree on: One, they joke that the word “indigenizing” is consistently rejected by spellcheck. And two, on a more serious note, whoever coined the term, it’s not about re-writing scripts that conform to Hollywood norms, but calls for building in authenticity from the inception of the project, rather than making changes in scripts that follow a traditional format and derive from mainstream culture.

And “indigenizing” project development is part of the stated mission of Sundance Institute’s Native American and Indigenous Film Program, which hassupported more than 300 Native and Indigenous filmmakers during its 22 years of formal existence. In May, the institute the named nine artists to participate in this summer’s Native and Indigenous Lab, which focuses on the development of storytellers from those backgrounds through feature film, episodic work and other pursuits. 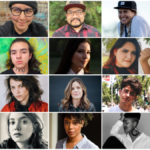 Bird Runningwater, senior director of the Indigenous Program, and program director Adam Piron said the 22-year-old program has experienced a new wave of attention as a content-hungry Hollywood seeks out Indigenous voices.

“I feel like there’s this huge opportunity happening. Many of our alumni have representation teams; they have agents; they have managers; they are directing TV shoots….they are shooting Marvel films in Australia right now like Taika Waititi (“Thor: Love and Thunder”). This has never happened for us,” Runningwater said. “I think during this time of racial reckoning, the touting of support for BIPOC stories and BIPOC storytellers, Hollywood is realizing that the ‘I’ in BIPOC stands for ‘Indigenous. And if people go to Google ‘indigenous films,’ all roads lead to Sundance.”

Piron said, however, that Indigenous filmmakers are calling for something beyond calling in Indigenous consultants to advise mainstream filmmakers on PC protocol, correcting historical factual errors, or upping the number of Indigenous actors featured on screen.

“It could be something as radical as a rejection of Western three-act structure, leaning into something that might be more rooted in traditional storytelling,” Piron said. “When it comes to culture, it can be very broad, it can be very specific, but what it does boil down to is an Indigenous artist telling a story that is first and foremost for an Indigenous audience.” 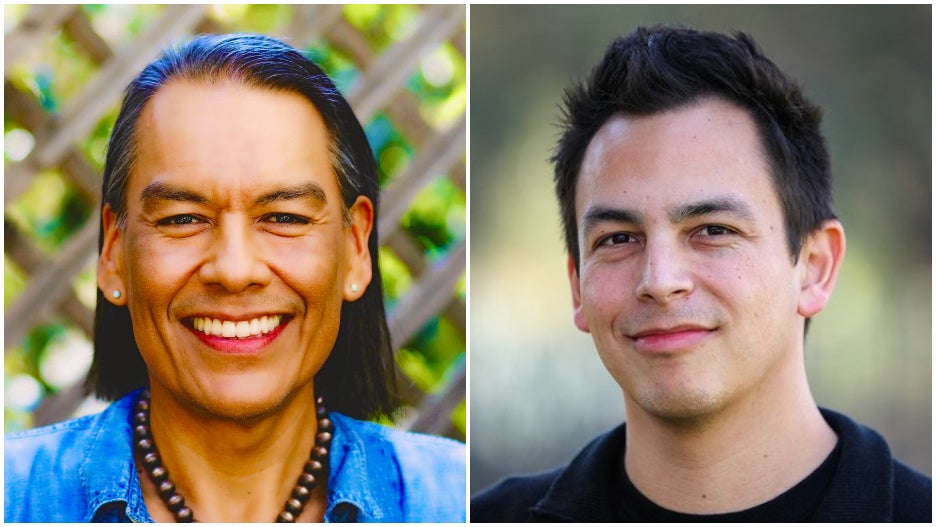 Runningwater pointed to the fact that there are more than 500 tribal nations recognized by the U.S. government and many more that are not recognized. “If we look at storytelling from each of their individual points of view, they all have different oral traditions,” he said. “Contrast and compare that to the history of cinema, which has European origins and Western hierarchical thought built into it.What we provide in our lab is a really save space for artists to really interpret storytelling form their own point of view.”

Said Runningwater, “One of the biggest observations that critics make of the finished films is the land is a character, the landscape is also a character because indigenous stories (often) have a distinct sense of origin in place, embedded in their character.”

Sundance Film Festival veteran and Native Oklahoman filmmaker Sterlin Harjo said he doesn’t find himself using the word “indigenize” much, but “I think artists started that word. Native artists started that word,”he mused. Harjo, co-creator with Waititi of the upcoming comedy TV series “Reservation Dogs,” slated to premiere on Aug. 9 on FX on Hulu and on Star through Disney+ in international markets, said indigenizing: “It’s just a kind of anti-colonial way of looking at your art, your practice.”

Harjo’s first two films made their debut at the Sundance Film Festival (“Four Sheets to the Wind,” 2007, and “Barking Water,” 2008), and he has served as a creative adviser at various Sundance Labs.Harjo met Native New Zealand director Waititi, whose first feature “Eagle vs. Shark” premiered at Sundance in 2007, through the Sundance circuit. He said that Hollywood has come a long way since he began his career. 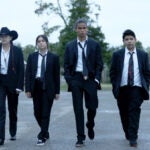 “I think Hollywood got away with making bad Native films for a very long time,” Harjo said. “There was such a narrow view of what a Native story is, and that’s because they weren’t letting us tell them. They are realizig how rich and unexplored our stories, are, how diverse and expansive they are. I don’t think it’s a fad.”

Sundance Indigenous Program alum Blackhorse Lowe, a member of the Navajo Nation, said “everything is opening up for us right now,” joking that Hollywood has mined “every other culture and (has) finally come to us, but I don’t mind. It’s a great time to be a Native filmmaker.”

Filmmaker Bryson Chun, 32, is the veteran of one Indigenous filmmaking program in his native Hawaii and is currently a participant in the ongoing Sundance program. He is at work on a TV pilot script for the crime thriller “Poi Dogs,” about a high-end Hawaii Island dog groomer whose world is turned upside down when she finds out from the FBI that someone has put a hit on her on the dark web. He called Sundance “the tip of the spear in furthering Indigenous voices.”

Chun joked that he gets “a little red squiggly line” from spellcheck when he types the word “indigenize,” but says the Sundance program does the job. “One of the mentors, Jennifer Reeder, talked about the industry being this big house, and we’re all standing at the door and there’s no way to get in,” Chun said. “But maybe that’s not how we want to get into the house. Maybe we want to go to the basement and break a window and sneak in. (It’s about) exploring your own stories and not fitting a mold.”

Chun said he is grateful that “Poi Dogs” is getting attention from Hollywood. “We are in a more diverse era than ever before and it’s great, and a lot of my friends are as well, but we are cognizant of the fact that this might not last forever,” he said. “How many people can get in the door before it closes?

“It (may be) a marker of things to come, but I’m also aware that it’s a business, at the end of the day,” Chun said. “And the tides can turn very quickly.” 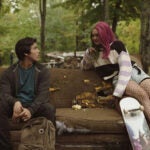