'iCarly' Season 2 Release Date, Cast, Trailer, and Everything We Know

In 5 … 4 … 3 … 2 … iCarly Season 2 will be here faster than Freddie can finish his countdown. Paramount+ unveiled a trailer for the reboot’s new episodes in early March, showcasing a new wave of wild adventures for Carly Shay and her friends. And better yet, those new adventures are just a little over a month away. Check out the trailer for iCarly Season 2 below, as well as the release date, guest stars, and everything else we know.

What is ‘iCarly’ Season 2 about?

The iCarly reboot follows Carly (Miranda Cosgrove), Freddie Benson (Nathan Kress), and Spencer Shay (Jerry Trainor) 10 years after the original Nickelodeon series. As Carly begins a new era of her web show, she must navigate life and new relationships in her twenties. Thankfully, she still has her tech producer and her big brother by her side, as well as some new friends.

The season 1 finale left fans with a cliffhanger. During a weekend camping trip, Carly found herself at the center of a love triangle with her ex, Beau (Conor Husting), and her new boyfriend, Wes (Josh Plasse). Meanwhile, Freddie began his journey with his new app, which he pitched with the help of his daughter, Millicent (Jaidyn Tripplett). Carly’s roommate, Harper (Laci Mosley), also shocked fans by kissing her boss, Double Dutch (Poppy Liu).

Season 2 will likely see Carly resolve her love triangle and focus more on her growing web show. Beyond that, the new episodes will see Freddie balance his work and a new relationship. Harper and Spencer will both see some career developments. 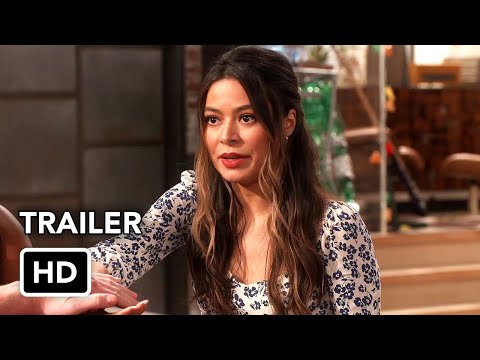 As seen in the trailer above, iCarly Season 2 has a release date of Friday, April 8, 2022. According to TVInsider, the season will consist of 10 episodes, released weekly on Paramount+. Fans can expect to see two episodes drop on premiere day, but only one per week after that. Without any breaks, the season will likely wrap up sometime in early June.

As for the trailer’s contents, the clip offers a glimpse at Carly’s new manager, played by Josh Peck. Plus, it looks like Carly and Spencer will find themselves involved in a court case against their apartment building’s doorman. The gang will also experience some parties this season, featuring Spencer’s new “salsa slacks.”

iCarly Season 2 also looks like it will be a treat for Carly/Freddie (a.k.a. Creddie) shippers. Not only does the trailer show them sharing an awkward kiss, but also some moments of tenderness between them. In one scene, for example, Carly fixes Freddie’s tie and tells him she couldn’t do the web show without him.

Fans can expect to see all of the main cast members return in season 2, as well as some familiar faces from iCarly’s days on Nickelodeon. For starters, Lewbert the doorman (Jeremy Rowley) is back, and it seems he finally had his wart removed. The trailer also shows a brief glimpse of Chuck Chambers (Ryan Ochoa), the young boy who became Spencer’s nemesis in the original series.

“Miranda is a good friend of mine, and when they announced the new iCarly, we chatted about finding something fun for me to play,” Peck recently told People. “Being on the iCarly set after all these years feels very full circle, and I love getting to work with Miranda, Nathan [Kress], and Jerry [Trainor] again. I’m excited to be able to be a part of what they’re creating.”