Ian Buckells is NOT H after Line of Duty fans unearth his previous blunder?

Line of Duty fan outlines her theory for season finale

Line of Duty season six concluded tonight and BBC One viewers tuned into see Jed Mercurio reveal the fourth member of H being DS Ian Buckells (played by Nigel Boyle). As for fan-favourites Superintendent Ted Hastings (Adrian Dunbar), DS Kate Fleming (Vicky McClure) and DI Steve Arnott (Martin Compston) they were seen leaving AC-12 together, not knowing whether they would return or work with one another again after DCS Patricia Carmichael (Anna Maxwell Martin) had taken over the department before she dissolved it. Despite the major mystery – which had been a storyline in several of the six seasons – being answered, those watching at home were left perplexed and took to Twitter suggesting a previous scene involving Buckells suggested he was not the fourth man.

One said on Twitter: “These OCGS are using Buckells as a decoy to create something bigger #LineofDutyFinale #LineOfDuty.”

“This is a trap. No way is it buckles. He’s a scape goat. I refuse to believe its him. #lineofduty,” someone else mentioned.

“I think Buckles is a frontman for the big boss. #LineOfDuty,” a fan added.

“Nah. Not buying it. He shat it when Lee Banks did Lakewell. He’s a middle man. #LineOfDuty,” a viewer said in reference to a scene in a previous episode.

While one tweet read: “He was absolutely s******* it making the tea in the prison cell. It ain’t him. #LineOfDuty.” 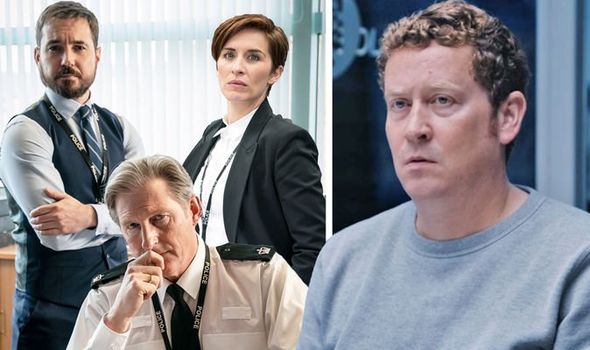