When we think of strippers, we’re pretty quick to judge. Still, even in this day of #MeToo and TimesUp, of expanding sex workers’ rights and pole dancing classes available for suburban moms, we see a stripper’s outfit and immediately think we know all about them. But displaying bodies doesn’t have to be innately sexual. In fact, it can be powerful and provocative in ways that don’t have to do with sex at all. Costume designers Rita McGhee and Alita Bailey knew from the get-go that creating the looks for Starz’s “P-Valley”—a show that brings empathy, sincerity and honesty to the story we all think we know—was going to be a welcome challenge rooted not in sex, but in female power.

“For us, it was about learning the story, learning who these women are, their characters and diving into that world,” McGhee said in a recent interview with IndieWire. “We [focused on] bodies and what works well on them [for movement] and on how it’s really an empowering story of strength and resilience and love and non-judgment.”

The one-hour drama created by the recent Pulitzer Prize-winning playwright Katori Hall, follows the lives and careers of a group of strip club dancers in Mississippi’s Dirty Delta. Though it was McGhee and Bailey’s first time working with the first-time showrunner, Hall, the sisters have collaborated together for over a decade on music videos, indies and short films, multi-media platforms and, more recently, major TV shows and films like BET’s “The Bobby Brown Story,” Starz’ “Blindspotting,” and Spike Lee’s “Chi-Raq.”

Growing up in Guam with their four other siblings and parents, McGhee was more drawn to the outdoors, adventuring out into their backyard jungles — although Bailey said she saw early on a love in her sister for fashion and clothing other people. And as for Bailey herself: “I did make plays. I did dress up my neighborhood friends. I sewed and made clothes, I watched ‘Style with Elsa Klensch,’ and had my Elle and Vogue magazines.” 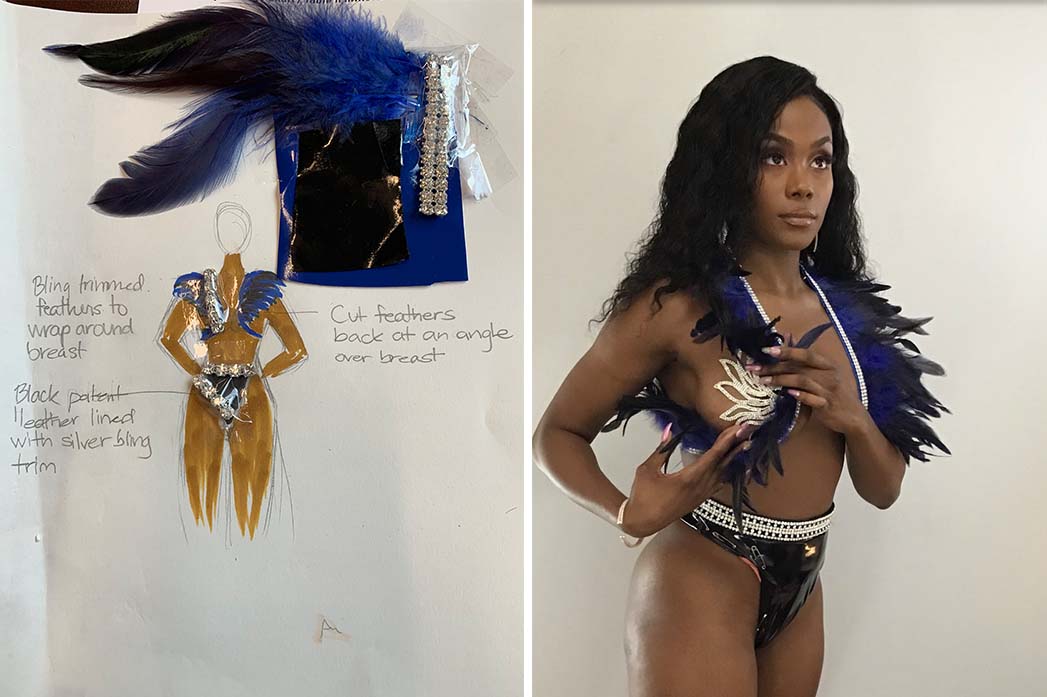 For the women of the Pynk (the “P-Valley” fictional strip club), Bailey pointed to the fact that exotic dancers’ outfits are more than they appear to be: “You think they just put floss on and [that’s that], but it’s a lot more detailed in how it all fits and moves on the body.”

Floss, a term McGhee said was coined by Hall, is the ultra-thin thongs or G-strings that the dancers wear while on the pole and performing on stage. According to McGhee, each floss they designed for Season 1 was cut, styled, and reshaped for the individual performer’s body type, while also taking into account the actress’ comfort based on the choreography of her upcoming dance.

“If they are doing a pole dance routine,” said Bailey. “We made sure the floss had enough exposed skin in the waist, thighs, and arms. If they were walking the floor or doing lap dances, they wore more covered floss, sometimes even with mesh overlays. We did detailed full-body measurements of the girls so as to make sure that as they danced, certain areas were secured and not exposed. For that, we made additional invisible things to go under their floss.”

About 40 percent of the costumes for the club were sourced, tweaked and fitted accordingly, and 60 percent were handmade from scratch by McGhee and Bailey’s team. The costume designers followed dancers on Instagram and YouTube for inspiration, and did research by venturing to all the sex and exotic stores in the Atlanta area where the series is shot.

The costumes that were made-to-order for the characters — like Mercedes’ (Brandee Evans) pearl floss or the diamond-encrusted black floss in the scenes when she ends up fighting with her mom, or Miss Mississippi’s (Shannon Thornton) dark feathers for her performance with Lil Murda (J. Alphonse Nicholson) — the material would be bought from fabric stores and cut right on the actors’ bodies. 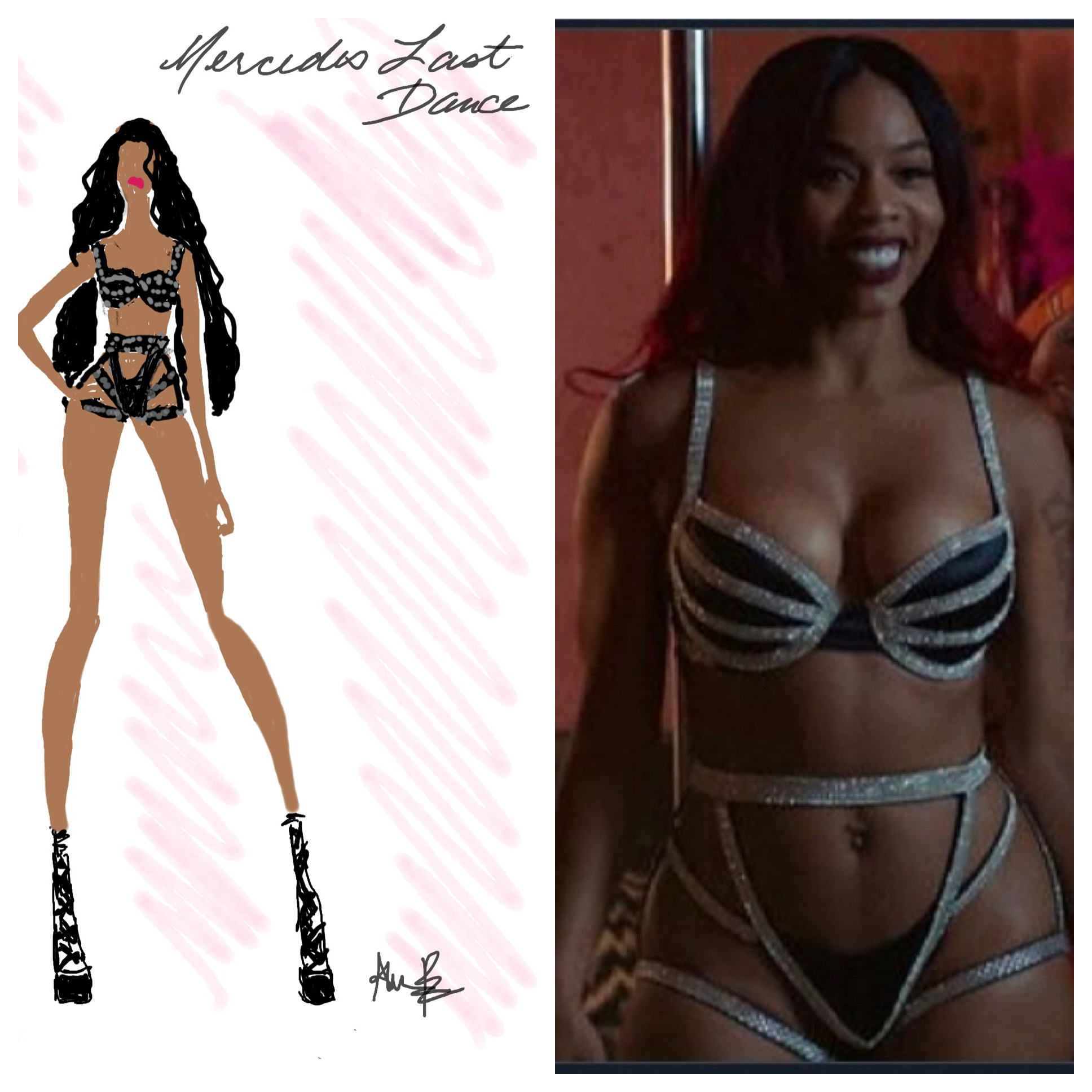 A mandate from the entire creative team, including Hall, cinematographers Nancy Schreiber and Richard Vialet, and pilot director Karena Evans, was to push back on the notion that Black women’s bodies have been relegated to sexualization within the media for decades. And not that sexuality is inherently bad, but that by creating more imagery which brought power and strength to the narrative, they could inject another option into viewers’ minds for how we view these women and their stories.

“As we designed for our women of ‘P-Valley,’” said McGhee. “It was to show their strength and softness, to show their sweetness. It’s sexy, but not exploiting; it’s affirming confidence, resiliency, and independence. No judgment, but creativity of the beautiful body form.”