The fifth episode of “Moon Knight” has a lot to accomplish in the space of an hour. “Asylum” follows an example set by “WandaVision”: The penultimate chapter of a Marvel miniseries exploring a superhero’s past, finding them at their lowest, most vulnerable point. It’s a bit of delayed origin story with high stakes for the hero understanding and overcoming their limitations. But “Moon Knight” tells a trauma origin story thrice over: one for haunted mercenary Marc Spector (Oscar Isaac), another for addled museum worker Steven Grant (Oscar Isaac), and yet another for the masked-and-hooded crime fighter Moon Knight (still Oscar Isaac).

The show is doing all of this while drawing on Jeff Lemire’s “Lunatic” run from the “Moon Knight” comic, using a psych ward as the staging ground for visionsthat include Marc/Steven’s troubled childhood and a fight with vengeful sand spirits aboard the deck of a ship sailing through the Egyptian afterlife. IndieWire spoke with cinematographer Gregory Middleton about how the show’s camerawork keeps the viewer grounded even when Marc and Steven aren’t sure what’s going on.

“When you’re working in television you really have to pull stuff out of your hat sometimes,” Middleton said of tackling approximately three Marvel movies worth of incident on a TV shooting schedule. “Asylum” required meticulous prep work, particularly when it came to showcasing Isaac in his various personas.

“You’ll see Marc’s got his shoulder slightly more hunched,” Middleton said. “He’s got a more athletic stance, and Steven’s shuffling a little bit more. He’s more upright. Watching Oscar work that out just for himself so he could be physically in that body, whenever he’s playing [each] character, [it] teaches you a bit about how you want to photograph that because you want to see what he’s doing [and how] the physicality can be very important.”

It was also important to Middleton to work out which version of Isaac would be “driving” an individual scene, because key moments of “Aslyum” swing the focus from Marc to Steven (and vice versa), or from them both to a memory version of Moon Knight. Middleton and director Mohamed Diab needed to shift perspectives of which version of Isaac is the audience’s through line, experiencing the events for the first time or with the most emotion; they needed to do that within the same sequences and often in the space of a single shot.

Middleton said that the tricky part was settling on the timing for a camera move because “once you’ve made your camera move, that’s the move now… sometimes you start wider or tighter, but [the process constraints inform] how you approach your work. And it’s the same thing with motion control or with twinning things. We have the big conversation with Oscar: Let’s figure who will be physically moving and who’s chasing. And then you strategize how you do that move.”

The camera movement is key, as it emphasizes first a drugged-up Marc’s experience at the asylum, then helps the audience jump between fantasy, memory, and the very heightened reality of Marc and Steven aboard a vessel sailing the dune seas of the Duat, accompanied by the friendly but stressed hippo goddess Tawaret (Antonia Salib). Middleton previously worked on “This Extraordinary Being,” the dreamy black and white episode of HBO’s “Watchmen,” and brought from it a sense of how important momentum and movement would be to grounding the episode’s journey through different kinds of realities with clear visual signals. “That was definitely a conscious thing to try and keep the camera flowing and moving,” Middleton said. “We actually added a little bit of motion in post, a little bit of slight rocking, also the feeling of the boat and the Duat a little bit. But the general feeling of trying to voyage through things was important.” 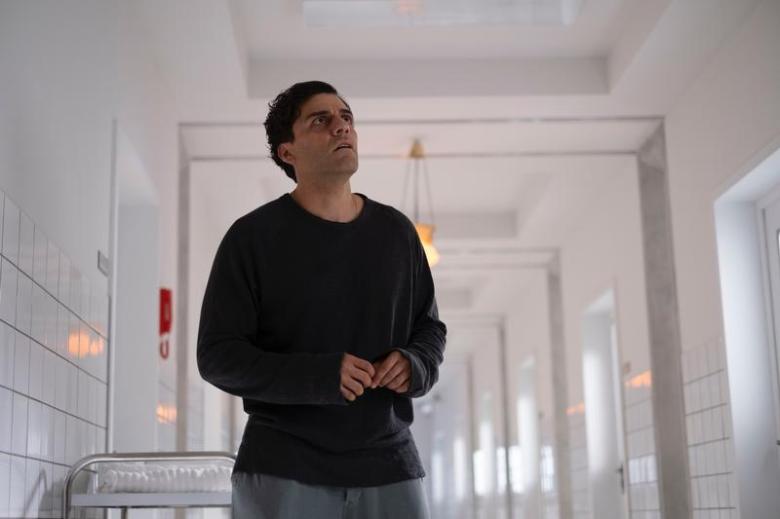 The episode’s trickiest sequence, however, had nothing to do with Marc and Steven’s voyage of the maybe-damned. It was the shiva sequence where Marc cannot bring himself to attend his mother’s funeral. The scene is, outwardly, visually simple, just a street exterior by day; but it is an emotionally complex moment where Steven finally sees how he became Marc’s alter, and the point of view shifts from Marc’s memories to Steven to Marc to Steven again, a series of twists that Middleton said he had nightmares about for months. “It’s almost like making a football plan, because we have three cameras and I have to light for all three cameras, silks covering the sun… We’ll often do the coverage for one character, then do this twinning shot, whichever it will be with motion control, and two other static cameras. And then you’ll change and then do the coverage for the other character,” Middleton said. “It is not easy in a sandy set or something like the Temple of Khonshu or on a street exterior.”

Middleton and Diab bent over backwards to make it all look seamless, but also to punctuate the importance of what Marc and Steven learn about each other. “When presently Marc arrives, it’s very deliberate that it’s like total 50/50 coverage of everything. They’re the same size. And their closeups are both super tight. Because they’re on equal terms [now],” Middleton says of the shift that occurs in the relationship here. 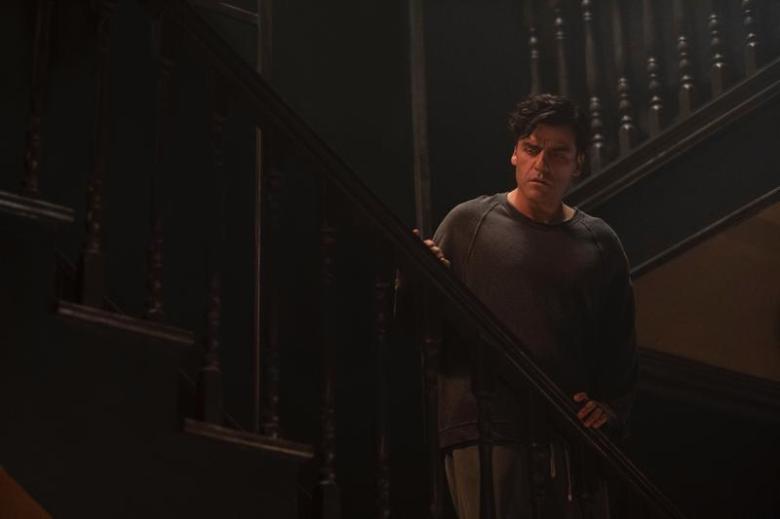 “Asylum” has a number of out-there sets filled with winking nods to the series as a whole (check the asylum’s fish tank) but it’s Middleton and Diab’s work capturing as many Marcs and Stevens as possible in the same frame that gives the episode the weight it requires, allowing viewers to grasp all the many facets of Marc, Steven, and the lack of balance between them (literalized by the plays on Egyptian mythology). This is most evident in a scene of Marc’s childhood bedroom, in which Steven discovers the parental abuse that caused Marc to develop an alter in the first place.

“I wanted to see [young Marc] in the mirror, so we could see two of the young kid and see the other side of it [young Steven is] facing. There’s just this nice thing of seeing two sides of somebody visually. And then Steven walks in the mirror just to finish the last line, which is a great moment,” Middleton said. “To see that in one shot with [both Isaac and Carlos Sanchez, who played young Marc], as opposed to cutting to his face where a close-up [would be], is more impactful I think, because we’re really seeing it. So movement could be with characters as well.”