Homes Under the Hammer: Dion Dublin finds a huge crack

Dion Dublin took a look around a two bedroom flat in Telford, Shropshire, on a recent episode of Homes Under the Hammer. The first floor flat had a guide price of £50,000 so Dion investigated as to why the property was so cheap. However, he soon spotted a big problem with the walls building which explained the very low valuation.

Homes Under the Hammer’s Dion noticed a major issue with a flat during an initial search of the property.

He began the search, saying: “Entrance is round to the side and up a short flight of stairs. And into a really good size hallway, everything is off the hallway, you’ve got a kitchen which is spacey, good units, the flooring you’ve have to change.

“The bathroom, however, doesn’t look in the same condition, that would all have to be ripped out and started again, but a nice size.

“You’ve got a bedroom there and a bedroom here, both really good size rooms. Into the lounge, and again it’s not in great condition, you’d have to redecorate, skim the ceiling, get rid of the carpets,” Dion added. 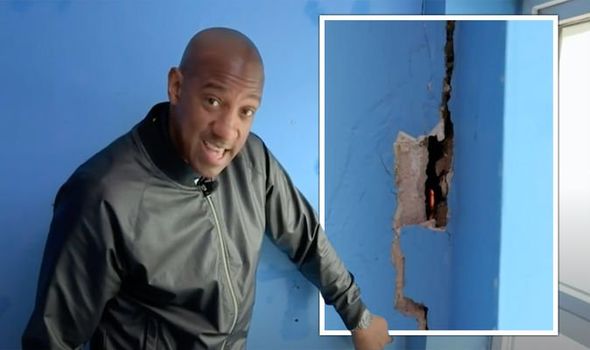 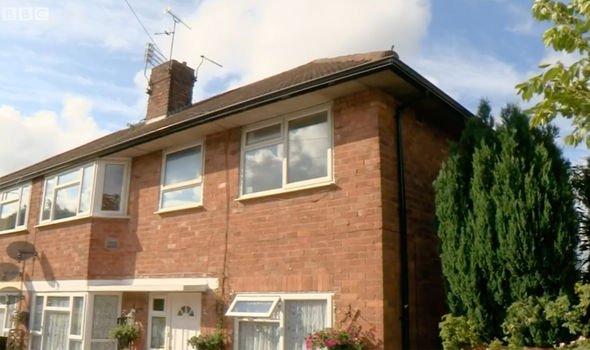 He continued: “Now, that might be – I’ve already counted two bedrooms and they’re a good size, but somebody has tried to create another room in there.

“Now, here we go, I’m guessing this is not a weight bearing wall, let’s take a closer look.

“They’ve tried to create a third bedroom, it doesn’t really work for me as you’d have to access it through the living room, not a great idea.

“I’d like to knock this wall down and create a nice large lounge,” he explained. 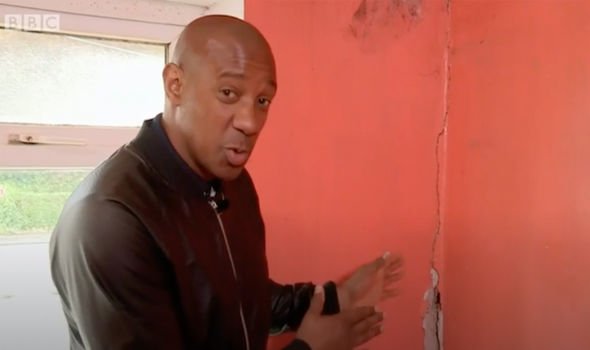 Dion soon spotted a big problem with a wall in the flat: “Look at this! Look at the crack on this wall, it goes right from the bottom all the way to the top and it’s quite open as well.”

“You can’t see this, but as I look through there, I can actually see light on the other side, it’s that bad, I’ve got to investigate that further,” he added.

Dion moved into the next room to take a look at the other side of the wall: “And the crack’s even worse on this side!”

“It goes from the top all the way to the bottom again, it’s a concern of mine. Find out what’s causing this and get it sorted asap,” he said.

However, Dion pointed out the crack may not be such bad news for the owner.

He explained: “It looks bad, but the good news is this might not be the flat owner’s problem as this is a leasehold flat.

“So, taking care of the fabric of the building should be down to the freeholder.

“But do you really want to start refurbishment without having that all agreed and repaired first?” Dion commented.

This isn’t the first dramatic discovery on Homes Under the Hammer, as Dion also recently discovered flooding at a property in Liverpool.

“In the basement, a new entry today, flood water in the laundry by the twin toilets,” he exclaimed.

“I want to know what is causing that basement flooding, it might need re-tanking.”

He continued on with the search, but luckily didn’t come across flooding in any other areas of the former care home.

Homes Under the Hammer airs on BBC One on weekdays at 10am.