Hollyoaks airs Ollie's devastating exit: 'It's not goodbye, it's until then!' 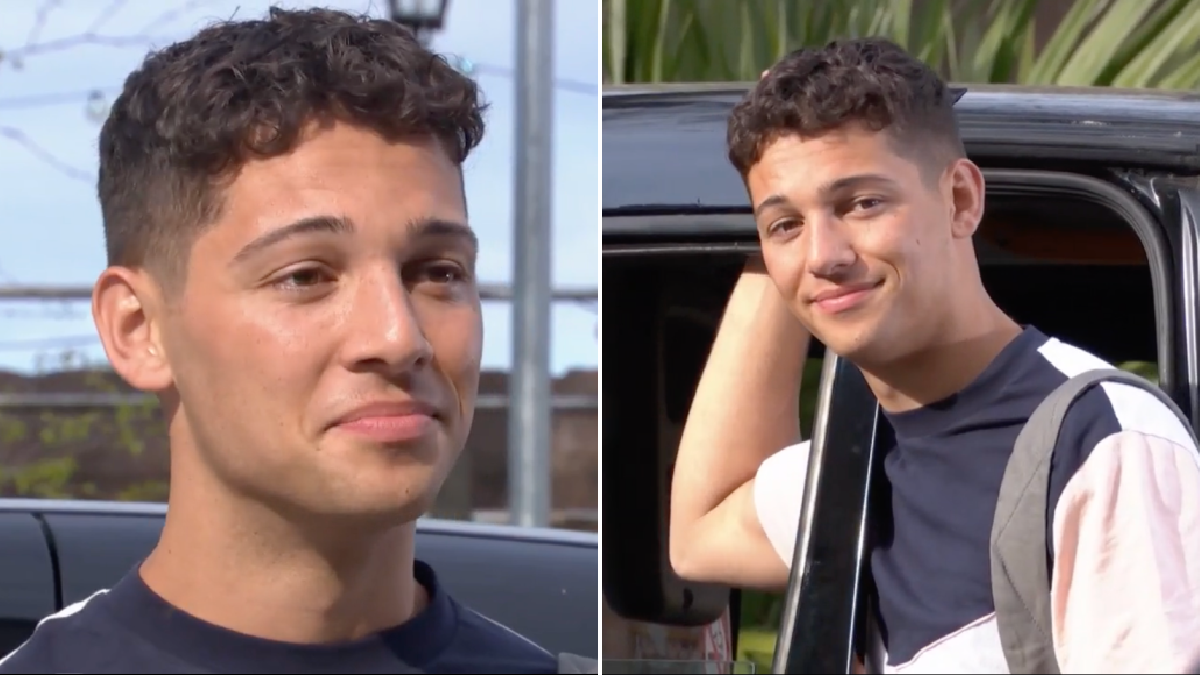 Ollie Morgan (Gabriel Clark) made a huge decision about his future in Hollyoaks, as he left the village to start a new life aboard.

The popular character, as viewers know, has been struggling in the wake of dad Luke’s (Gary Lucy) death, and thus he decided to grab every opportunity that life has to offer, starting with a new job in Canada.

With Luke’s funeral having come and gone, Ollie turned his attention to Cindy Cunningham (Stephanie Waring) in Thursday’s (July 7) First Look edition of the Channel 4 soap, as he assisted her with the burger van.

After a heart-to-heart with her, one in which they professed their love for one another, he then started to pack up all his belongings.

Brooke Hathaway (Tylan Grant), meanwhile, popped over to bid Ollie farewell, and the two shared a hug, before admitting that they still love each other, despite all that’s transpired.

Ollie then joined his loved ones in the market, where Tony Hutchinson (Nick Pickard) and Imran Maalik (ijaz Rana) presented him with his going away present – the film he’d previously been working on of his dad’s trip to Mallorca, now completed.

Cindy joined Ollie, as they reminisced fondly about Luke, wishing that he was here for this big moment.

Ollie subsequently said goodbye to his nearest and dearest, telling everyone that just like Luke, he feels lucky to call Hollyoaks his home.

‘It’s not goodbye’, he exclaimed, walking towards a black cab, ‘this is just until then!’.

The taxi drove off, as Ollie waves goodbye to his friends and family, before watching some more of his dad’s film on his phone.

It was confirmed last month that actor Gabriel Clark, who took over the role of Ollie from previous actor Aedan Duckworth, would be departing the show.

Gabriel addressed his exit in a chat with Metro.co.uk, telling us: ‘The decision to leave doesn’t make sense in a way, because you’re leaving paid work.

‘But I always told myself I’d do 2 years and then leave, I wanted to go in and tell a story but also, I’m a jobbing actor, it’s the reality that no job lasts forever.

‘I’ve learnt so much on Hollyoaks, it’s been like a drama school, you learn so much on how to collaborate with different people’

Hollyoaks continues Friday July 8 at 7pm, or stream the next episode on All4 from midnight.