HOLLY Willoughby squealed with delight as a guest who just got made redundant won £3k on Spin to Win.

The This Morning host could not contain her happiness at co-host Phillip Schofield's winning turn on the show's money wheel. 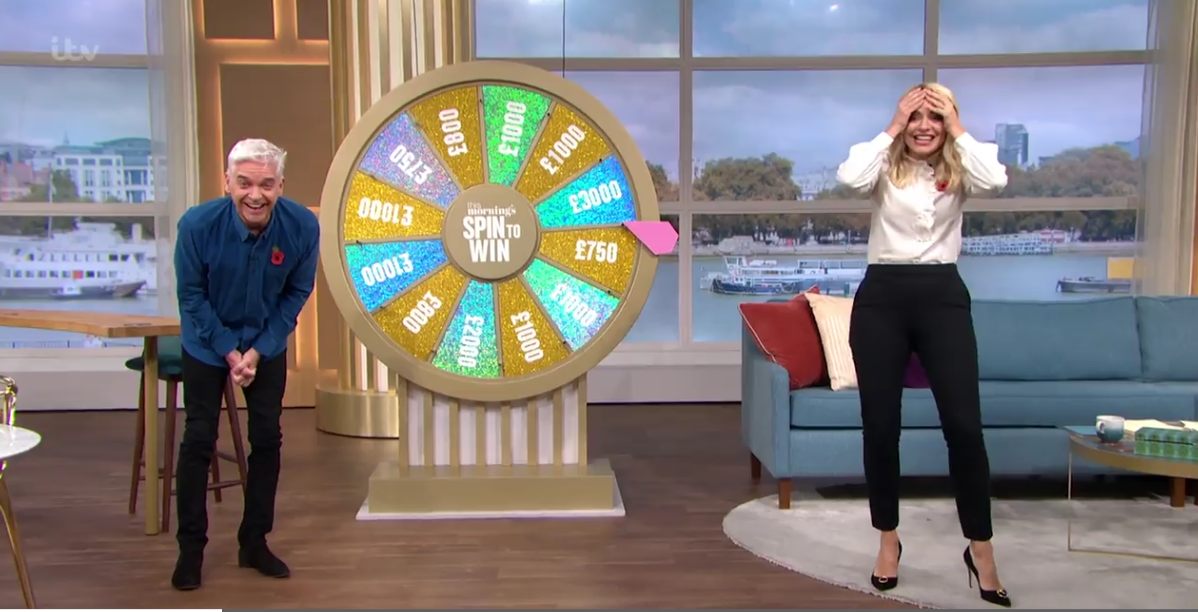 The game kicked off with Lesley from Manchester picking up the phone to take part, only to share her sad story with viewers.

She asked Holly and Phil: "This ain't a weird wind-up is it?"

Lesley went on: "Cause I've just been made redundant and my granddaughter's five days old."

Both presenters expressed their shock at the news, with Holly, 39, commenting: "Well this has come at a really good time." 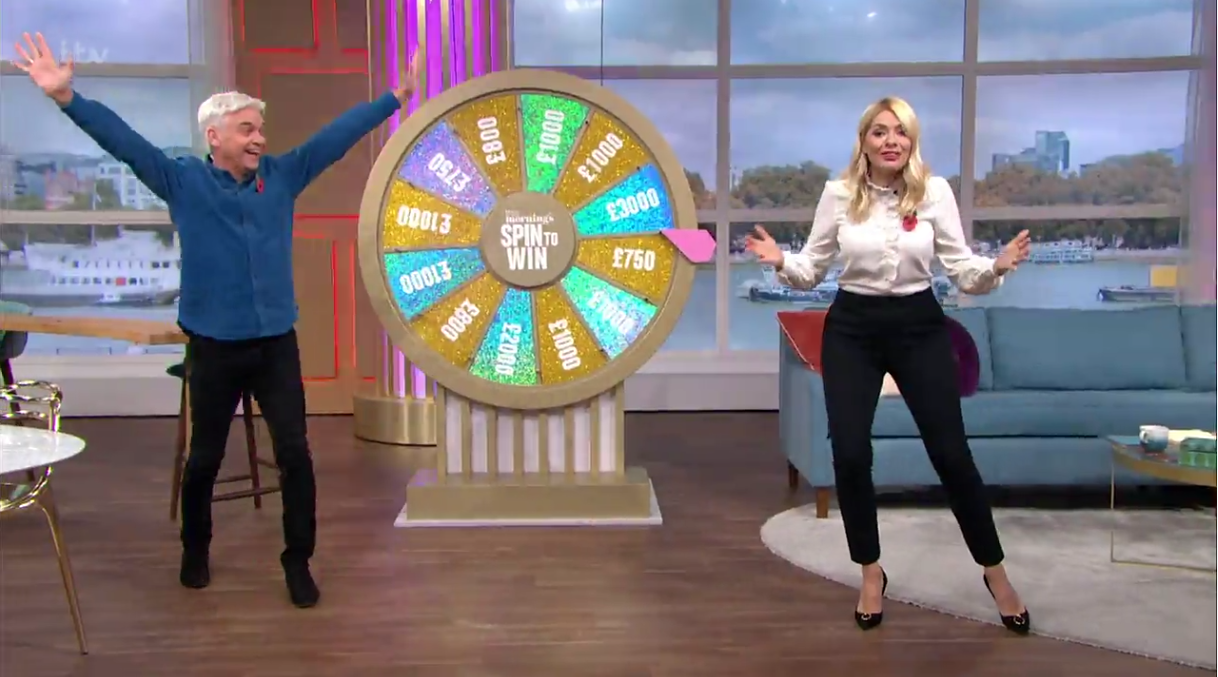 She added: "Oh my gosh, what a time you're having."

Feeling the pressure, Phil, 58, took his spot and prepared to spin the wheel, but not before he said: "And I'm not allowed to cheat on this, I sometimes do though….!"

And as the wheel span round, it finally landed on the jackpot which caused Holly to squeal at the top of her voice: "You just won £3k, I can't believe it!"

And This Morning viewers shared Phil and Holly's delight at the result.

One said: "Never wanted to cry with happiness as much as just now!!
@thismorning spin to win

Another commented: "BEST Spin to Win ever! My sister, my mother and I all just screamed with excitement for Leslie! #ThisMorning #spintowin." 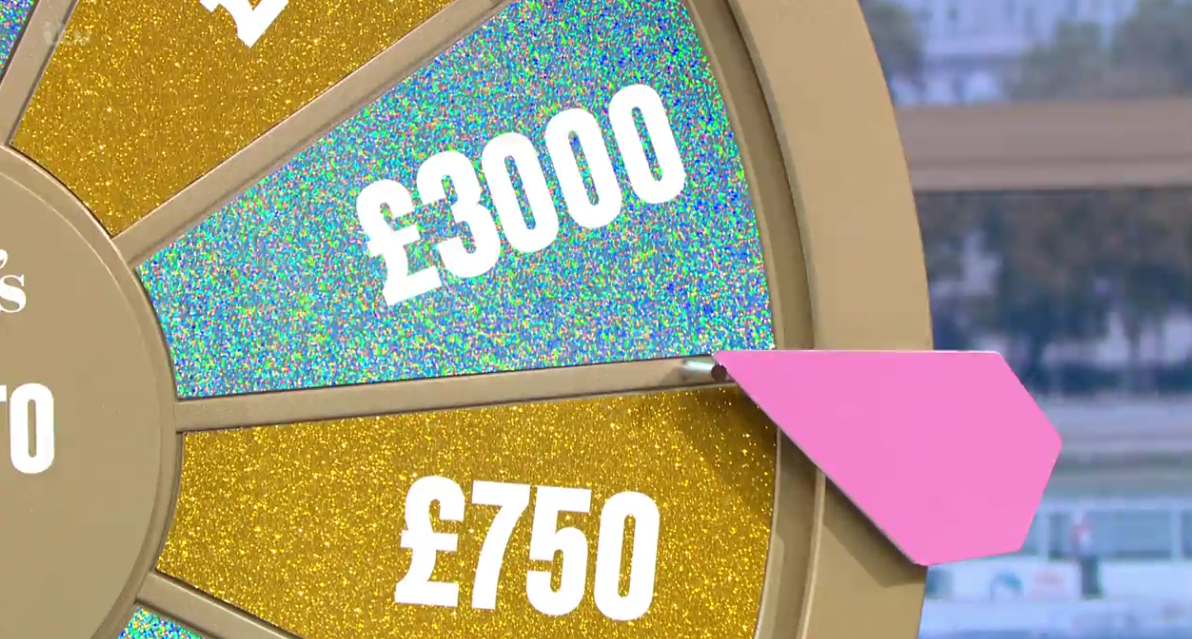 A third said: "OMG so so happy for that lucky winner of #spintowin Recently made redundant with a new granddaughter she really needed it, have tears in my eyes.

"Well done to you and make sure you enjoy it Red heart #thismorning."