Heres the lowdown on BBC drama Inside Man

From the mind of Doctor Who and Sherlock writer Steve Moffat comes Inside Man, a thriller which questions who is capable of murder and what it takes to kill another human being.

How many episodes are in Inside Man?

Inside Man focuses on morality with its core four characters pushed to breaking point.

The show has two distinct storylines which will end up intertwining as the story unfolds.

There is a total of four episodes in Inside Man, which will be airing this week and next week.

Summary: “In the US, a prisoner on death row is seeking atonement as he faces execution. On a train in England, a journalist is looking for a story. In a quiet little village, a vicar is picking up his son’s maths tutor from the station. All four are about to become entangled in a dilemma that could lead one of them to murder.”

Summary: “How far is maths tutor Janice Fife willing to go to make her escape? On death row, journalist Beth Davenport finds herself running an errand for the wife killer Jefferson Grieff. And vicar Harry Watling confronts his verger about a dangerous secret.”

Summary: “As Harry’s dilemma worsens, the fate of his family hangs in the balance – but he’s determined to do the right thing. Meanwhile, Beth Davenport meets one of Jefferson Grieff’s helpers in the outside world, who delivers a chilling warning. In the cellar, Janice’s desperation grows. In her battle for survival, is there anything she isn’t prepared to do?”

Summary: “As events spiral out of control, Jefferson Grieff prepares to face execution, and time is also running out for Janice Fife in the cellar. An increasingly desperate Harry Watling struggles to do the right thing, but can he stay on the side of the angels and still keep his wife and son safe?” 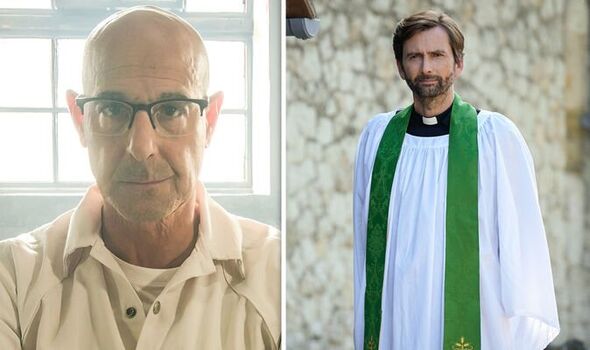 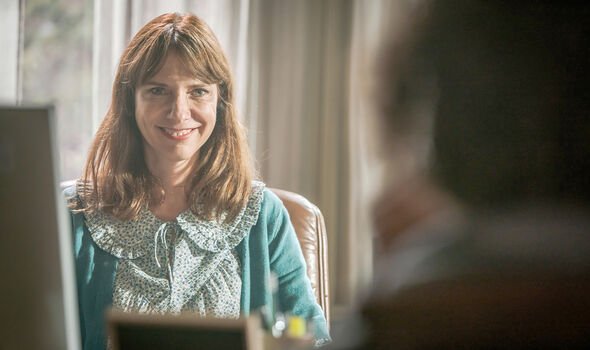 Sadly, the show won’t be on the BBC iPlayer as a boxset for fans to binge watch, instead viewers will have to wait patiently for each episode.

However, there won’t be much of a wait with the first two instalments dropping on consecutive nights and the final half of the series airing the following week.

You can also catch up on episodes via the BBC iPlayer after broadcast with a download function allowing you to watch the show without a live internet connection.

Content is available to view on various devices, such as mobile phones, tablets and laptops. 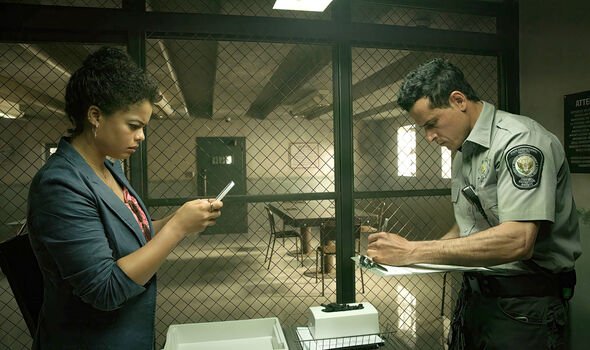 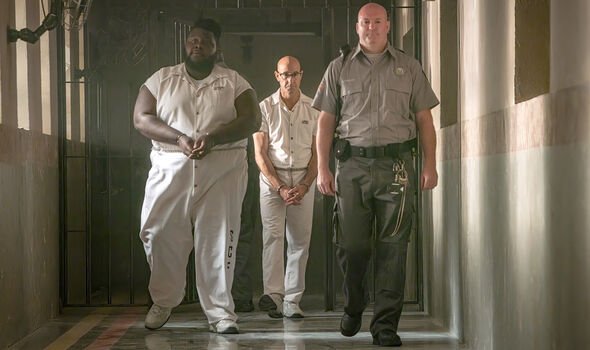 Speaking about the new series, Tennant said he was attracted to the project after reading the script which he found “huge intriguing”, saying the story was “very particular to Steven Moffat’s brain”.

Tennant said this set-up was part of the puzzle and teased viewers would witness some “almost breath-taking awfulness”.

The star said of Harry: “But from my character’s point of view, it’s a story about a man who, in pursuit of doing the right thing, makes a series of catastrophically bad decisions.”

He added about the plot: “Steven described it as a sitcom that goes terribly wrong.”

Hollywood star Tucci said he had signed up to Inside Man because he was a fan of Sherlock and Moffat as well as working with director Paul McGuigan previously.

The Oscar-nominated star described Moffat as an “amazing writer” and praised his co-star Tennant as “great” while hailing the rest of the cast as an “amazing group of people”.

“The length of each scene is much longer than one would normally find so you have to prepare yourself for that.”

He added: “There are very lengthy speeches, lengthy dialogue scenes, but if you’re prepared it works out. It’s so well written that it’s just fun.

Along with Inside Man, Moffat also worked on HBO’s adaptation of The Time Traveler’s Wife earlier this year.

According to IMDb, he is also working on a new film version of his BBC mini-series Jekyll, which originally aired in 2007.

Inside Man starts on BBC One tonight at 9pm